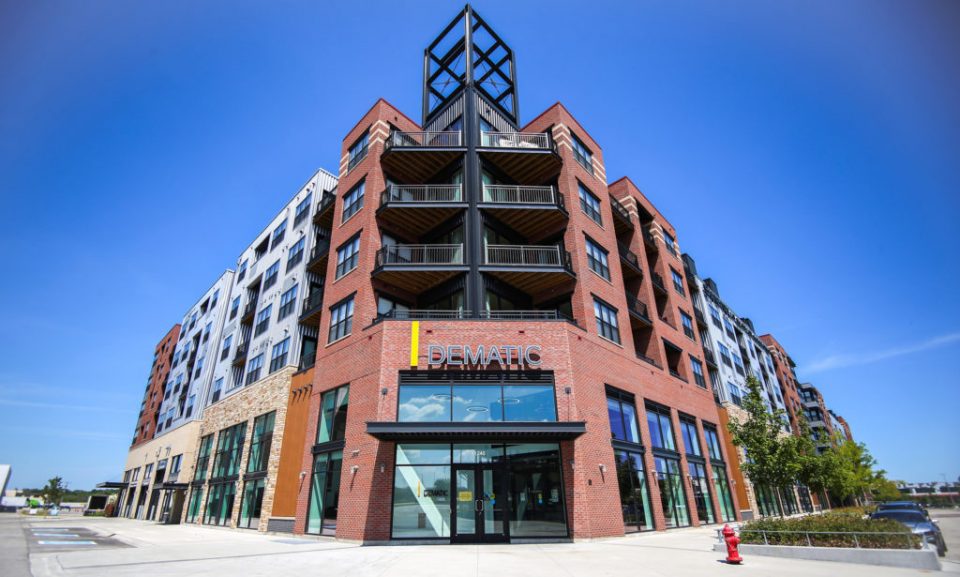 PREMIER Design + Build Group has completed work on a new 37,330-square-foot office in suburban Milwaukee for software company Dematic. The project is one of several that PREMIER has completed recently in southern Wisconsin in partnership with developer HSA Commercial Real Estate.

The open concept Wisconsin home for Dematic, a logistics technology services firm, is the latest major addition to The Mayfair Collection, a mixed-use retail, commercial and residential development in Wauwatosa, Wisconsin. Dematic’s new facility is designed to accommodate up to 200 employees.

PREMIER served as general contractor for the buildout of 27,200 square feet on the first floor and added another 10,130 square feet by constructing a mezzanine level within the vaulted space. PREMIER and HSA teamed with Christopher L. Thomas, AIA, of TOA Architecture/Urban Design for architectural and interior design services. Thomas also served as owner’s rep for the project.

Dematic’s new home is located at 11240 Burleigh Street in Wauwatosa, adjacent to U.S. 41. Dematic occupies the ground floor and mezzanine level of the Synergy building in The Mayfair Collection complex. Just above Dematic are four floors of new luxury residential apartments.

Alec Zocher, co-founder and managing principal at PREMIER, expressed his gratitude to a project team that rose to a daunting challenge: “Our team delivered the new Dematic regional office on an incredibly ambitious schedule. In just over four months, they took this project from permits to occupancy, and that included construction of a new mezzanine level within the existing structure.”

SuperCharge is a brand-new kind of electric motorsport