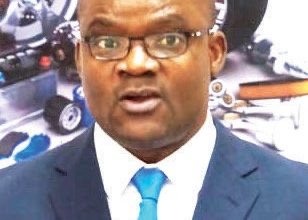 Public Procurement and Disposal of Assets Authority (PPDA) has cleared the procurement in the controversial K10 billion Southern Region Water Board (SRWB) project.

In June this year, SRWB advertised for a tender to do detailed designs and construction works for the extension of Mangochi Potable Water Supply Project funded by the Kuwait Fund for Arab Economic Development (KFAED).

In a letter dated October 30 2020, PPDA director general Elias Hausi said they have taken note of the procurement process and the contract award decision that was made.

“We have taken noted that this procurement was carried out in accordance with procurement guidelines established  by the donor, Kuwait Fund for Arab Economic Development, KFAED.

“Further, in the event that there are any complaints regarding this procurement process, we expect that such complaints will be dealt with in accordance with guidelines and procedurers established by the donor,” Hausi said.

The evaluation report  shows that 14 companies bought the bid document, but only four submitted their proposals.

U.S. Steel Earnings Are Coming. Here’s What To Expect.

In farmers’ protests, the core is procurement