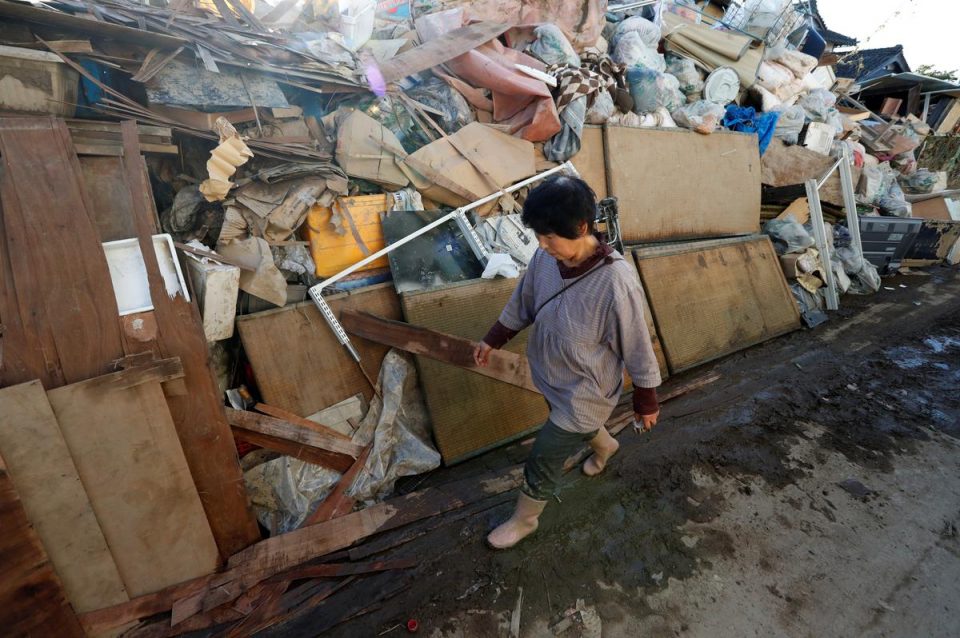 TOKYO (Reuters) – A string of powerful typhoons that struck Japan has left scars on the country’s non-life insurers, with industry giants likely forced to pay a combined $8 billion in insurance payments in the current fiscal year that ends in March.

That followed a hefty 1.5 trillion yen in insurance payments in the previous year, when torrential rain in western Japan led to severe flooding and landslides that killed more than 200 people in the country’s deadliest weather disaster in 36 years.

Sompo Holdings downgraded its net profit estimate for the current fiscal year to 118 billion yen, down 19.5% from the previous year and a turnaround from an initial estimate of a 14.6% profit increase on last year.

The rising risk from natural disasters has become hard to ignore for Japanese companies. Some non-life insurers are considering raising insurance fees to make up for the cost.

“We’d like to consider raising fees” in response to a series of big natural disasters in the current year and a rising number of old houses suffering from water leaks, said Hirokazu Fujita, senior managing director of Tokio Marine.

The scars of the powerful storms, as well as occasional earthquakes, have shed light on the vulnerability of corporate Japan to the fallout from huge natural disasters.

Three quarters of Japanese companies have been hurt by natural disasters over the past two years, suffering damage to factories, office buildings, distribution networks and supply chains, a Reuters survey found.

A starting point for selecting a digital air freight platform