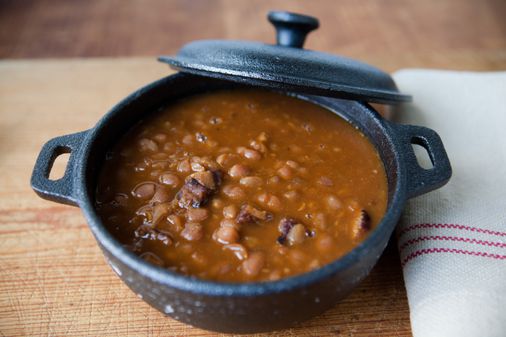 Sorry Boston, looks like our neighbors to the north are the real beantown, at least when it comes to historic preservation.

The Portland, Maine City Council unanimously voted this week to designate the former B&M baked beans factory, a prominent building currently owned by a Northeastern-affiliated entity, as a historic landmark.

“It’s designed by George Burnham, one of Maine’s foremost architects of the early 20th century,” Penny Pollard, chair of Portland’s Historic Preservation Board, said during a council meeting Monday before members voted to approve the designation for the Burnham & Morrill Cannery Building, which opened in 1913, according to city records.

“And it’s [an] exemplification of rare post-and-beam reinforced concrete industrial construction,” Pollard said. “The historic preservation communities in Portland and throughout Maine are grateful for the interest and investment IDEALS is making in preserving this iconic structure and providing an adaptive reuse that will honor the history of the Burnham memorial site for future generations.”

The acronym IDEALS stands for the building’s current owner, the Institute for Digital Engineering and Life Sciences, according to city records.

The institute’s founders, David Roux and his wife, Barbara Roux, in 2020 donated $100 million to Northeastern to launch the Roux Institute, a graduate school and research center, on the campus of the old B&M bean company.

A Northeastern spokesperson said the university supported the historic designation.

The Roux Institute offers students the chance to be part of “a bold new model of graduate education and research—designed with companies at the table from day one,” according to its website.

Material from prior Globe stories was used in this report.