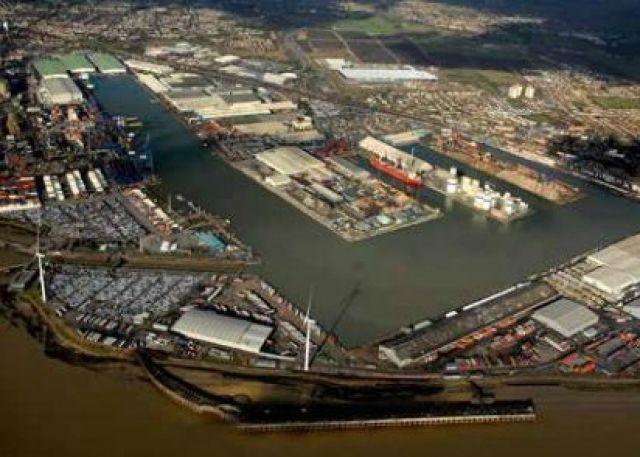 COMMENT: The UK Government consultation on freeports’ was launched in February 2020 with an opening salvo to establish up to ten of them in the UK, writes Charles Haine.

Following an analysis of the 364 formal returns, Westminster has outlined its response on how policy will be modified and how they might work.

After the wave of uncertainty delivered by BREXIT, the build-back-better mantra now demands even more creative solutions to rejuvenate an economy battered by COVID-19.

It’s widely acknowledged all this has to be progressed with an anchor in sustainable solutions so what does the freeports movement have to say about the environment and social value?

In the UK right now, there is a need to catalyse employment in economically deprived coastal communities and balance-up opportunities across the regions. This has to be instigated while simultaneously boosting global trade, promoting British industry, and tub-thumping for more efficient technologies.

Certainly, the British Ports Association (BPA), National Maritime and British Marine want to encourage this, and not least from small and medium size enterprises, of which there are around 5000.

Respondents have welcomed the emphasis on local markets and regeneration, a flexible customs model, and the continual roll out of that term ‘innovation’. Others are worried about the elimination of bureaucratic burdens and admin’ because important issues such as port security, safety and environmental protection are often wrapped-up in the red tape argument.

Saying that, the Government rhetoric is that it is committed to high standards in the areas of concern. Driving green economic growth and regional investment are mentioned in the Government’s summary.

When aligned with Nusrat Ghani’s Clean Maritime Plan (Maritime 2050) and recent announcements about offshore renewable energy, the low carbon future and alternative energy market has immense potential to create new jobs and support port-city, harbour and hinterland regeneration. This is evidenced by the diversification activities on the Humber, Tyne and in Great Yarmouth now.

While post-EU protection of the natural environment will depend on the delivery of a rigorous Environment Bill, new Office of Environmental Protection and the next generation of marine regulation (always the last to be addressed), the new sustainability performance craved by many may lie in the ability of coalitions to be formed.

We’ve seen Tilbury and London Gateway join forces on the freeport concept, but we’re talking about collaboration between a) UK and international businesses, port authorities and terminals (39% of respondents), and b) local councils and cities, academia, NGOs and public representative (61% of respondents, including individuals).

Local authorities and ports themselves foresee little to no environmental impact from the freeports concept, not least because existing regulations will stay in play. Having visited many freeports around the world, I’m not entirely convinced.

New development does attract the latest engineering techniques, plant and equipment, and infrastructure, however, most authorities have now declared a climate and biodiversity emergency.

The bottom line is that we need fundamental changes to behaviours, living and making money in transport, energy and food. If freeports indeed include investment drives for widespread clean technology (e.g. hydrogen) and evoke ‘decarbonisation multipliers’ (i.e. coalition initiatives that proliferate better practices up and down the supply chain) then the concept can be a major success.

The argument of sea freight having a lower carbon footprint than air is only valid if the supply chain also improves air quality and the human health benefits associated with that.

We’ve around five years to make critical and fundamental reductions in all emissions if we want any chance of achieving 2030 stepping-stone and 2050 net zero targets.

There was a consensus amongst respondents that criteria and objectives are appropriate in the pursuit of freeports, So if the UK Government wants to put its money where its mouth is, and align with the clamour of global businesses and people for a brighter, cleaner and greener future, then a higher priority weighting on sustainability will be imperative.

Ideas such as the BPA’s Green Maritime Fund (to drive development in a net zero context) and faster-track planning policy and decision-making (for low carbon initiatives and efficiency improvements) would be quick wins.

Catapult funding and incentives for and by port authorities to allow maritime/marine entrepreneurs to start-up in port business parks à la Amsterdam, Oslo and Porto, really need to happen if the UK wants to claim that its freeports will wear the badge of innovation.