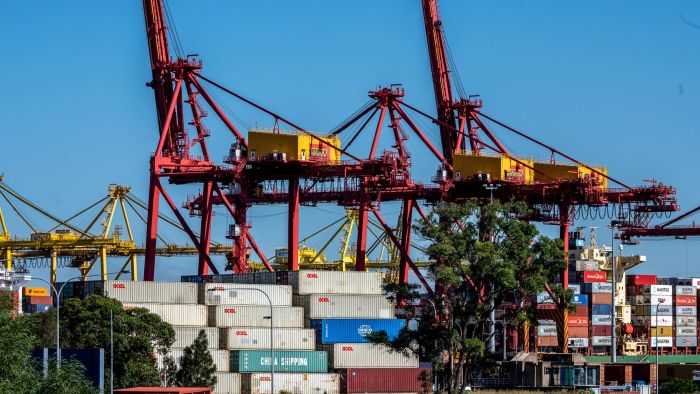 As the wharf dispute at Port Botany in Sydney continues, exporters are calling for the union or stevedores involved to pay for their mounting congestion charges.

The Maritime Union of Australia (MUA) has been negotiating with stevedores Patrick, DP World and Hutchisons Ports Sydney for a wage increase over the next four years.

DP World reached a deal with the union last week, but Patrick wants the Fair Work Commission to halt any industrial action.

It costs $25,000 a day when container ships are delayed and shipping companies are recouping that cost from customers, adding several hundred dollars to the cost of a container for exporters of meat, wool, cotton and grains.

Patrick Hutchinson from the Australian Meat Industry Council wants the bill sent to the parties involved in the dispute.

“Apply the congestion tax to those people who are impeding our services, and that currently is the unions … and the stevedores,” he said.

Josh Lamb from the Wool Exporters Council said his members were also concerned.

“We’re being slugged an extra $300 to $600 a container … and the delay puts our shipments in jeopardy of not making contract shipping times, so we’ve had to move a couple of containers from Sydney to Melbourne.”

Mr Lamb said he he agreed with the meat industry council that the cost of delays should be shifted to those in dispute.

“We negotiate set fees with shipping companies to provide our sea freight, and we’re being slugged over and above that through no fault of our own.”

He accused Patrick management of deliberately escalating the dispute in an attempt to use political and public concern to drive through cuts to workplace conditions.

“This dispute has been manufactured by Patrick, with management rejecting all attempts by the union to resolve the issue and remove the need for industrial action.”

Mr Crumlin said claims that 40 container ships were sitting off the NSW coast waiting to unload were false, with vessels due to berth at Patrick’s terminal in the coming days all still travelling towards Sydney.

“In recent days, Patrick management has cancelled three consecutive night shifts, preventing vessels from being unloaded or containers from leaving the port,” he said.

“The company has also stood down 32 workers at the port in an attempt to escalate conflict at the Port Botany terminal.”

The union also denied medical supplies were being held up by the dispute, saying Patrick management had been asked to identify relevant containers, either on the dock or on berthed vessels, so they could be prioritised.

Supervisors were unable to identify a single medical container in need of transport, the union said.

The MUA initially called for a 6 per cent wage rise but said it was an ambit claim that was reduced in June to 2.5 per cent, the number agreed to in principle by DP World.

“We cannot have the militant end of the union movement effectively engaging in a campaign of extortion against the Australian people in the middle of a COVID-19 recession,” he said.

“That is just straight-out extortion. It is reprehensible. It’s not on, and we will take what steps are necessary to ensure that this can be brought, I think, to a more meaningful and swift conclusion.

“Whatever differences people have on the waterfront about this, I would ask them to put it aside, think of the national centre and get back to work.”

The Federal Government announced on Monday that it would intervene in support of Patrick’s application to the Fair Work Commission against the MUA.

FreightWaves Classics/Fallen Flags: US Shipping Board controlled US shipping for nearly 20 years

Microsoft has another Linux distribution and it is based on Debian