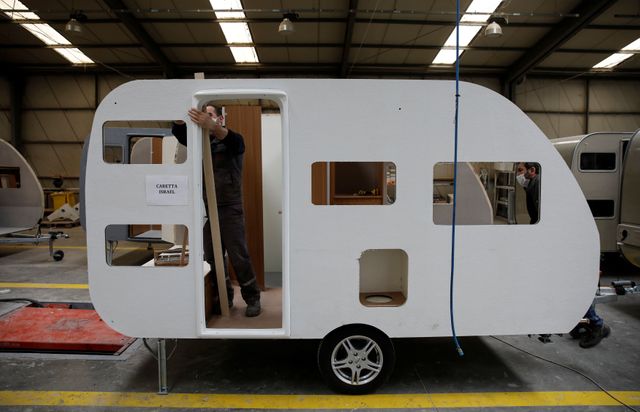 Repeats with no changes to text

ANKARA, Jan 11 (Reuters) – Turkey’s industrial production is expected to have increased 9.55% annually in November, rising for a sixth straight month, a Reuters poll showed on Monday, even as the government tightened measures against the COVID-19 pandemic.

Turkey logged its first coronavirus infection in March, prompting many factories to pause operations. Industrial production plunged in April and May by 31.3% and 19.4%, respectively, but turned positive in June.

Forecasts in the poll of six financial institutions ranged from 6.38% to 10.30% year-on-year growth in the calendar-adjusted index, seen as a pre-cursor for broader economic performance. The median was 9.55%.

Turkey’s economy contracted nearly 10% annually in the second quarter due to measures to slow the spread of the coronavirus but reopening steps and the government’s fiscal stimulus boosted it to 6.7% in the third quarter.

Ankara began new curfews in November and adopted full weekend lockdowns in December. It says the measures are designed to cause little interruption to key sectors.

SolarWinds: What are Supply Chain Attacks, and How to Avoid Them

Samsung is pouring $8 billion towards new NAND factory in China