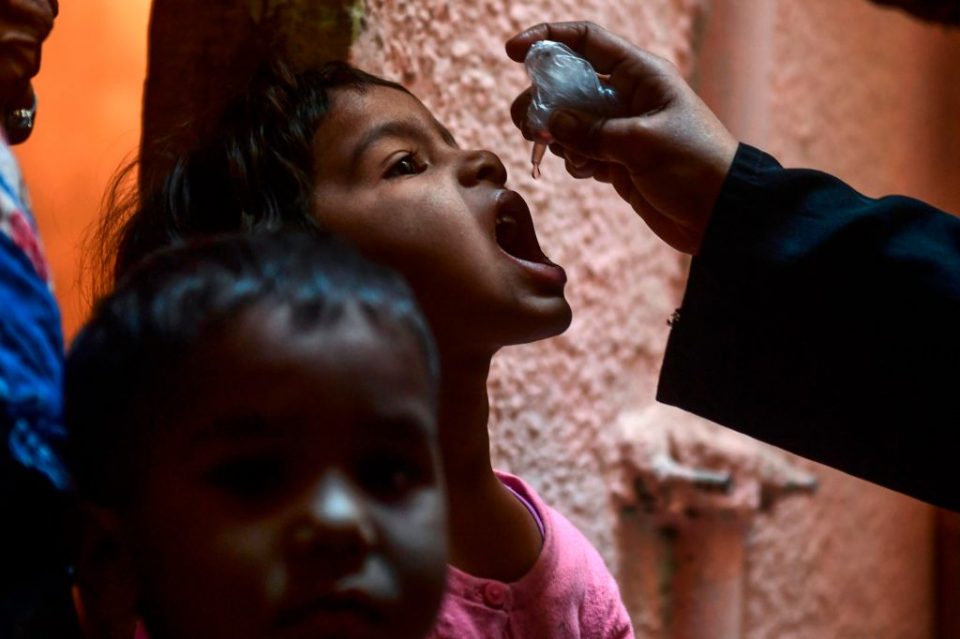 A case of polio in an unvaccinated man was recently announced in New York state, followed by the discovery of polio in wastewater in New York City. That means a vaccine-preventable disease has re-emerged in the U.S., one of the world’s most resource-rich countries, more than 40 years after it was eliminated here.

The combination of lack of vaccine access in some resource-poor countries and vaccine refusal in the U.S. and elsewhere has led to polio arriving alongside the spread of two other major diseases — COVID-19 and monkeypox. These coinciding risks remind us of the urgent need to close gaps in vaccine access and uptake.

The latest evidence suggests that the Rockland County patient developed vaccine-derived paralytic polio from his community, where the virus had presumably been circulating for some time after originating overseas. The story of how that happened starts with the vaccines.

Two types of polio vaccine have been available for more than 60 years: the live attenuated vaccine and the inactivated vaccines. The live vaccine is administered orally, while the inactivated version is given by injection. People who receive the oral vaccine can shed live vaccine virus in their feces for up to six weeks, which can result in transmission of virus in their community via poor hygiene or inadequate sanitation.

Though the live vaccine is easy to administer and highly protective against paralytic polio, the U.S. stopped using it in 2000 due to the rare risk of it causing paralytic polio cases. But because it’s cheaper and relatively convenient to administer, the oral vaccine is still used in many parts of the world. (It also has some immunity benefits, such as creating immunity in the gut, which can eventually help reduce transmission.) This split between which countries use which vaccine has exposed some to the risks of the live vaccine while largely insulating others, highlighting how wealthy nations have benefited from privileged access.

The U.S. now uses only inactivated polio vaccine. While there have been ongoing pushes to transition all countries to this option, the logistics of cost, production and distribution have not been solved to make this happen — despite those being surmountable challenges. Some countries also experience violent conflict that prevent children from accessing any vaccines (as has happened in Afghanistan).

These global health inequities don’t just help polio jump borders. They also explain how we arrived at states of emergency for COVID and monkeypox.

When the mRNA vaccine became available for COVID, the vast majority of supply went to wealthy countries, which continue to give boosters while other poorer nations still hardly have first doses to limit serious cases and death.

Monkeypox transmitted unchecked in western and central Africa for years before spreading to other countries; Africa has tallied the highest number of suspected monkeypox deaths yet has no clinical vaccine supply (though officials have reportedly been in talks to get doses). The U.S. has bought up much of the Jynneos monkeypox vaccine stock, leaving other countries around the world with a vacuum until supply increases — and then they might not be able to afford it. Even within U.S. borders, racial disparities have quickly emerged in who is getting access to the shots.

The public health risks caused by these inequities are compounded by vaccine disruptions and anti-vaccine sentiment. In New York City, only 86% of children ages 6 months to 5 years are currently fully vaccinated for polio, with Rockland County and some other neighborhoods in the metro area at less than 70% vaccinated — shy of the target level of 90% to 100%.

These numbers reflect an additional decline in routine childhood vaccinations probably ushered in by COVID-related disruptions to the healthcare system, including pediatric outpatient visits being delayed. During the first year of the pandemic, pediatric vaccinations for preventable diseases such as polio, measles and meningitis dropped precipitously around the world and within the U.S., with inequities persisting across ethnic and racial groups.

But even before the COVID pandemic, vaccine hesitancy leading to low vaccination rates in some communities has been a pervasive issue. Pockets of the Los Angeles metropolitan region, including Orange County, suffered from measles outbreaks among unvaccinated children in 2014 and 2015. Rockland County had a notable measles outbreak in 2019, largely in Orthodox Jewish communities that have had exceptionally low vaccination rates. In Jerusalem this year, an unvaccinated child contracted vaccine-derived poliovirus and was paralyzed.

Even now in the U.S., according to a Kaiser Family Foundation poll published in July, more than 40% of American parents of children ages 6 months to 4 years said they would not get their child vaccinated against COVID.

So what can be done? Polio vaccination campaigns in the U.S. during the 1950s offer proof we can overcome hesitancy despite public fears of vaccination. We must address vaccine hesitancy through community-level outreach from state and city public health departments, community leaders and organizations and healthcare systems.

And until the U.S. and other wealthy countries make serious commitments toward sharing our vaccine supply and taking other steps to achieve vaccine equity, we will remain at risk of outbreaks.

Reducing vaccine inequity and hesitancy is achievable. Whether we follow through is a measure of our nation’s public health leadership and commitment to global health.

What will you do about the climate crisis? The parties answer | Environment