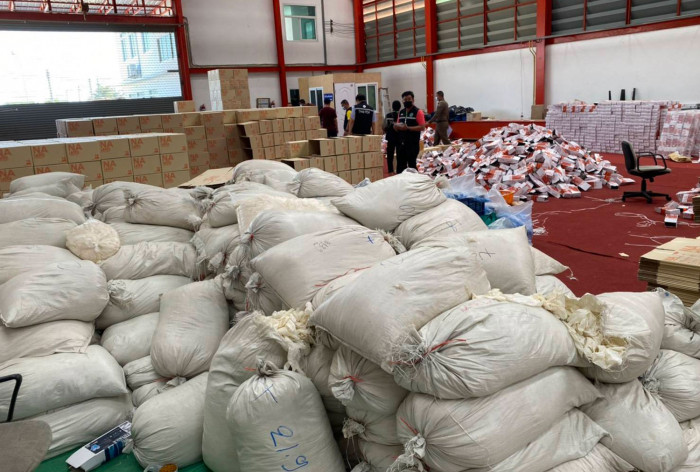 PATHUM THANI: Hundreds of bags of used medical gloves which were being boxed for resale were seized when police raided an illegal factory in Lam Luk Ka district on Tuesday.

The recycled gloves were worth an estimated 100 million baht on the retail market.

Officers from the Consumer Protection Police Division and Food and Drug Administration officials converged on the factory, acting on information from informant.

They found workers busy sorting rubber gloves and nitrile gloves that appeared to have already been used and packing them in “NA” branded boxes.

The officers seized 654 sacks containing gloves which were awaiting sorting, 30,000 boxes, many boxes of gloves which were ready for sale, and other equipment. The combined value was given as more than 100 million baht. (continues below) 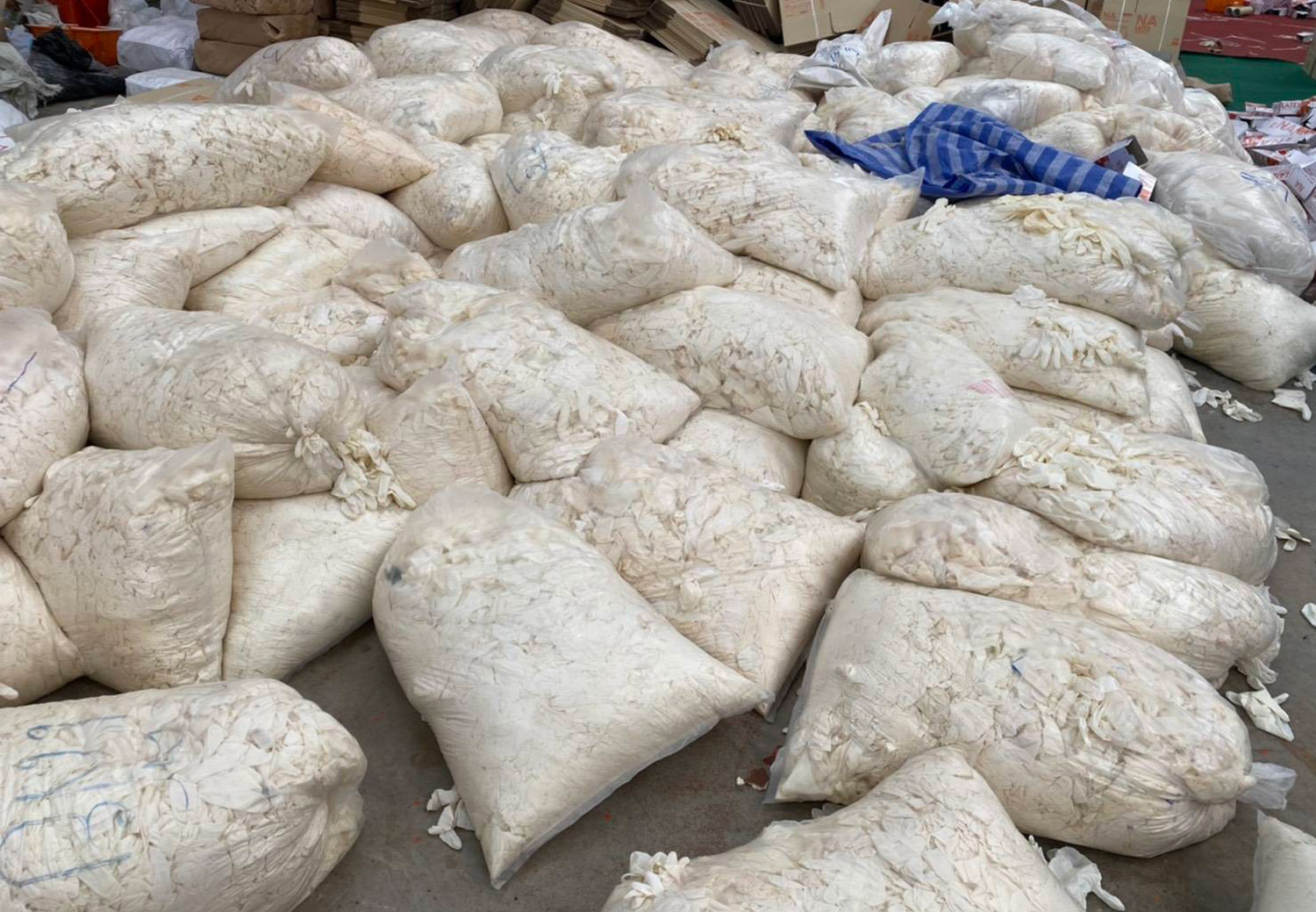 Pol Lt Gen Permpool Chidchob said the factory operator is alleged to have imported medical gloves in bulk to pack for sale under his own brand, without obtaining a licence. He also allegedly bought cheap rubber gloves from abroad, and passed them off as medical gloves.

Worse than this, the operator  bought used gloves to wash before repacking them for sale as new ones. This posed a health risk for consumers, Pol Lt Gen Permpool said.

FDA deputy secretary-general Supattra Boonserm said the second wave of Covid-19 had led  to the illegal production of medical gloves to cater for the huge demand.

She advised people not to buy rubber gloves with the NA brand. The factory was misrepresenting its products as medical-grade gloves, she said. 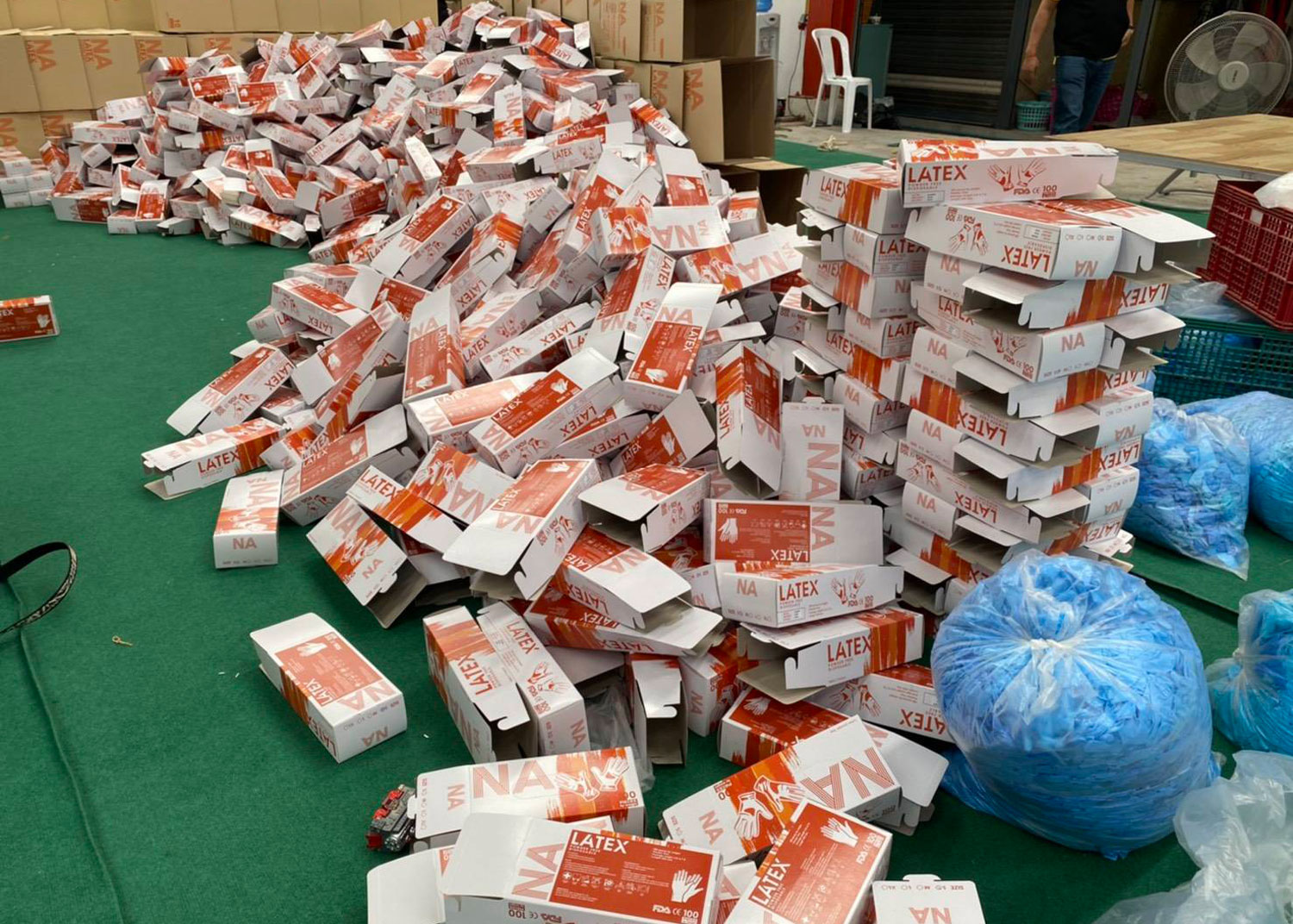