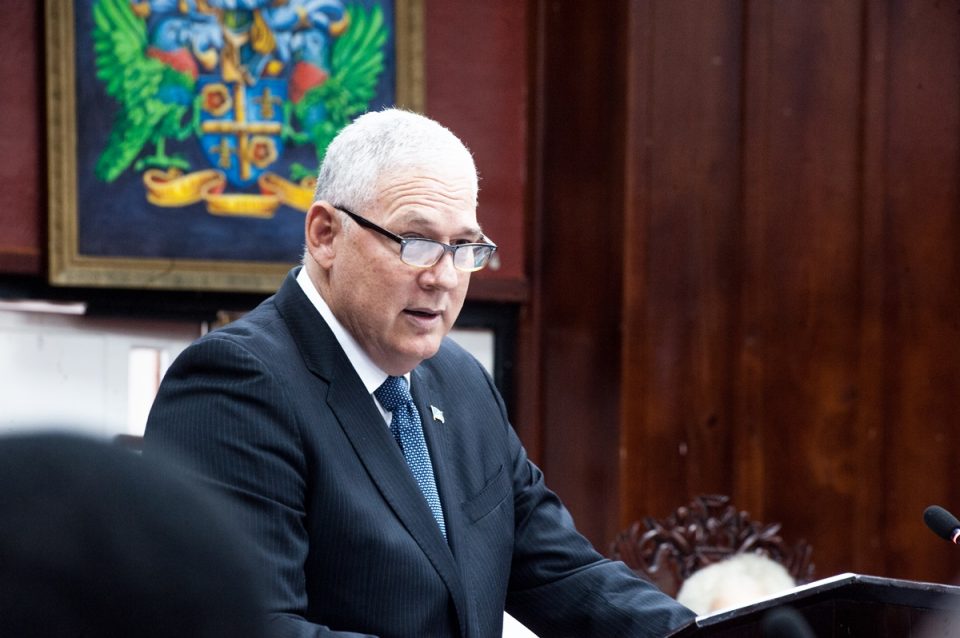 By Office of the Prime Minister

(PRESS RELEASE) — The details of all expenditure undertaken to procure goods and services under the State of Emergency was provided to the House of Assembly by Prime Minister and Minister for Finance, Economic Growth, Job Creation, External Affairs and the Public Service, Honourable Allen Chastanet on Tuesday 10th November 2020.

The Prime Minister explained that the detailed report was part of the Government’s efforts to ensure full transparency and public accountability as the presentation provided justification for the procurement activities pertaining to the COVID-19 National Response.

The Prime Minister and Minister for Finance explained that while the waiver for the application of any rule of law governing procurement was never utilized, and no such Order was issued by the Minister for Finance, the report presents the data compiled on the procurement of goods and services for COVID-19 during the State of Emergency declared on March 23rd 2020.

“It should be noted that the total expenditure for goods and services procured during the State of Emergency for the COVID-19 response is estimated at Fifteen Million, Four Hundred Thousand Eastern Caribbean Dollars (XCD 15.4) across all Central Government procuring entities,” stated the Prime Minister.

“The majority of individual procurement transactions recorded during the State of Emergency relate to the health sector. These included: the supply of respiratory masks for the treatment of COVID-19 patients, the purchase of reagents for testing and surgical masks and bodysuits for physicians and healthcare workers, the supply of Personal Protective Equipment (PPE), airfares, lodging and accommodation for the Cuban Medical Brigade, comprising of doctors and nurses who assisted in the initial stages of the response, materials and equipment for testing, boarding and lodging of persons in quarantine and isolation centres, boarding and lodging of persons who provided support during the period retrofitting of the Victoria Hospital for conversion to a respiratory hospital, retrofitting of other medical facilities and refurbishment of the arrival hall at the airports.”

The Prime Minister explained that other significant direct procurement activities included water tanks, acquired to assist with water storage for increased sanitation and computers and equipment to facilitate the e-learning for students across the country. It was further explained by the Prime Minister to the House that during the State of Emergency, an increase in the purchase of hygienic products (cleaning supplies, hand sanitizers, gloves and face masks) was recorded.

The principal factors, the Prime Minister explained that determined the selection of the suppliers of the goods and services were: the ability of the suppliers to deliver the goods in the requisite (short) time, the existing relationships with suppliers and the suppliers’ willingness to accept more flexible payment arrangements and extend more favourable credit terms at minimal cost.

The Prime Minister made the full report with details of suppliers available to the Members of House while explaining that the Director of Finance is currently championing the initiative to improve the data analytics for the purpose of reporting on Public Procurement to the relevant authorities.

“This is part of a broader reform in Public Procurement being undertaken by the Department, the rollout of which will be communicated to all stakeholders,” noted the Prime Minister.