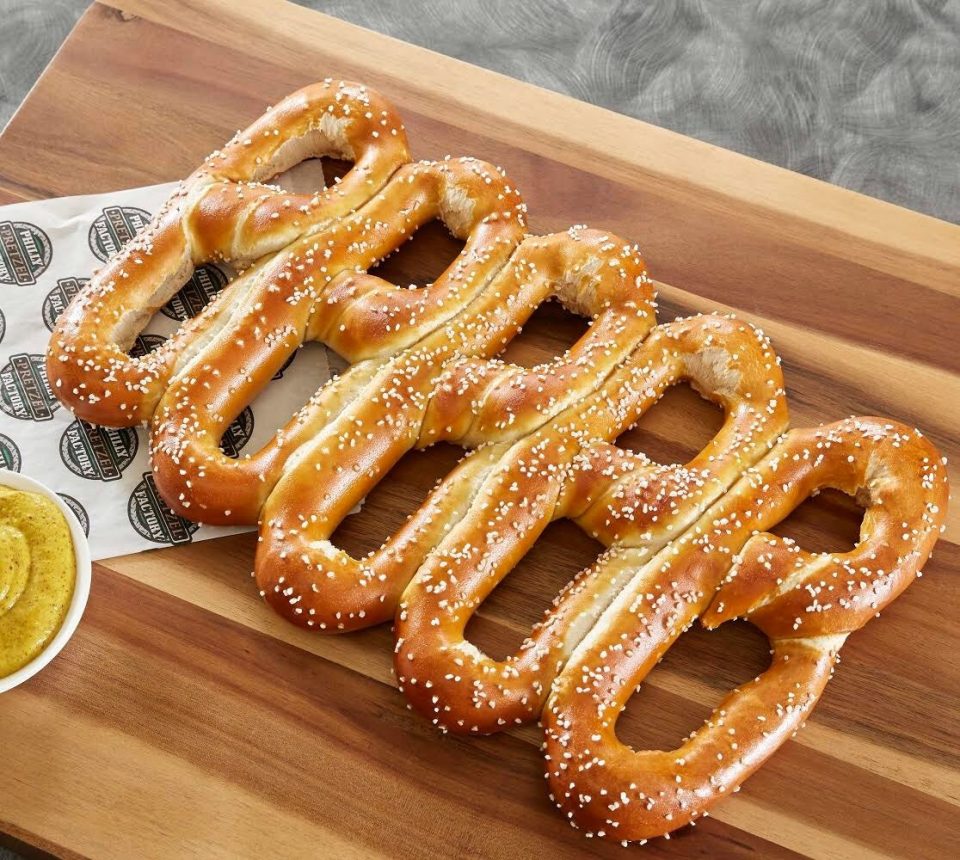 Philly Pretzel Factory began serving its signature soft pretzels at 2105 Hillside Ave. on Thursday, offering a free pretzel to those stopping by for the first time. The store is offering a deal on 10 pretzels for only $5 until Thursday, according to the business’ Facebook page.

It is not only pretzels that are in the mix at the shop. The franchise will also be selling Pretzel Dogs, Pretzel Cheesesteaks, and more, along with a variety of mustard, flavored dips, and Pepsi products, according to a news release. The hours of operation are 10 a.m. to 5 p.m.

The New Hyde Park location is one of four Long Island locations announced recently, according to a Newsday report. A new location opened last month in Rocky Point and two others in Long Beach and Lynbrook are coming down the pike, Newsday reported. Philly Pretzel Company was founded in 1998 by CEO Dan DiZio, along with his college buddy, Len Lehman, according to a news release. The company showcases a proprietary blend of flour, yeast, and water that’s baked fresh every day in more than 170 franchise locations in 17 states, the release stated.