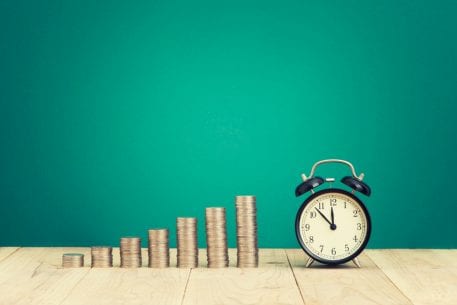 Jack Henry Associates announced last week that it has on-boarded an additional 15 financial institutions to The Clearing House’s RTP network in the latest sign of faster payments gaining traction in the U.S.

But it’s not the only new payment network securing attention this week in PYMNTS’ latest roundup of the payments rails ecosystem.

A new report from the U.S. Faster Payments Council revealed the payments industry’s demand for interoperability as well as value-added services and features in any new, faster payments service that emerges, including the Federal Reserve’s FedNow service.

Elsewhere, in Australia, industry body New Payments Platform Australia (NPPA) publicized its own plans to do exactly that: add integrated, value-added features to the payments platform.

Plus, two players in the payments space — Dwolla and Payouts Network — reflect two very different strategies on how to improve legacy payment rails: allow multiple rails to play nicely with one another, or bypass one altogether in favor of another.

Faster Payments Interoperability is a Must

On Monday (Nov. 4), the U.S. Faster Payments Council released new research on the nation’s faster payments progress. Its Faster Payments Barometer surveyed more than 700 entities, including financial institutions and network operators, to assess their views on the adoption of new, faster payment rails, and the modernization of existing rails to accelerate payments.

According to the survey, industry stakeholders are prioritizing interoperability, both between various faster payment networks, and across legacy payment systems. A large majority — 95 percent — agreed that it was either very or somewhat important for the U.S. market to achieve payments interoperability between faster payment systems, with nearly half suggesting that this be achieved within four years. More than one-fifth, however, suggested that interoperability be achieved as soon as the Federal Reserve release its FedNow real-time payments service.

Survey respondents also noted that integrated dispute resolution capabilities, as well as a directory/addressing service, are important aspects that should be included with emerging faster payment networks.

Overall, however, industry stakeholders widely agreed that the U.S. is falling behind in its faster payments journey, with nearly 60 percent noting that the country has not made sufficient progress.

Australia is gearing up to expand its New Payments Platform (NPP), with NPPA publishing its roadmap last week as it explains exactly how the government will introduce the faster payments service.

As NPPA looks toward the future of NPP, it plans to develop a “mandated payments service” to support recurring payments with the service, as well as to integrate a payments initiation function within the platform. The industry body said it is also developing a mechanism to support the domestic leg of an inbound cross-border transaction using NPP, as well as expand capabilities to support the use of QR codes.

NPPA plans to make these updates by 2022.

“We’re focused on developing additional native capability that can support a range of use cases, which can be used by participating financial institutions and third parties to do different things,” said NPP CEO Adrian Lovney in a statement, adding that a framework developed by the NPPA could introduce common rules upon which developers can create new payment products using the platform.

“NPPA does this by establishing different ‘business services’ that have different uses,” FinTech Business noted. “A business service can either be used in its native form by participating financial institutions and third parties, or it can be further built on and commercialized by an organization wanting to develop an overlay service on top.”

Dwolla announced last week the launch of its Integration Partner Program as part of its broader Partner Ecosystem to support technical integration between businesses and Dwolla as the company connects clients to the ACH network with their own solutions.

It’s a collaborative strategy of mixing payment rails. For example, Dwolla announced one of its integrated partners, Apto Payments, which allows Dwolla customers to transfer funds on the ACH network onto a branded card without the need for a bank account to receive the funds. QuickBooks, Sift, Plaid and Slack have also joined the Integration Partner Program, Dwolla said, adding that all members of the ecosystem can gain access to each others’ networks.

Dwolla said it will be seeking additional integration partners to give “third parties the ability to integrate with existing Dwolla applications.”

While Dwolla looks for a way to combine payment rails, other solution providers are exploring ways to bypass certain rails altogether.

Deploying Visa’s card network, Payouts Network is able to upload funds instantly to debit or credit card accounts of a recipient’s choice. The firm’s collaboration with Priority has identified a range of use-cases for this functionality, including instant gratuity payouts for restaurants to pay wait staff, as well as the ability for landlords to repay renters their security deposits.

Our data and analytics team has developed a number of creative methodologies and frameworks that measure and benchmark the innovation that’s reshaping the payments and commerce ecosystem. In the November 2019 Mobile Order-Ahead Report, PYMNTS talks with Dan Wheeler, Wahlburgers’ SVP, on how the QSR balances security and seamlessness to secure its recently launched WahlClub loyalty program.

The World’s Factory, On Film