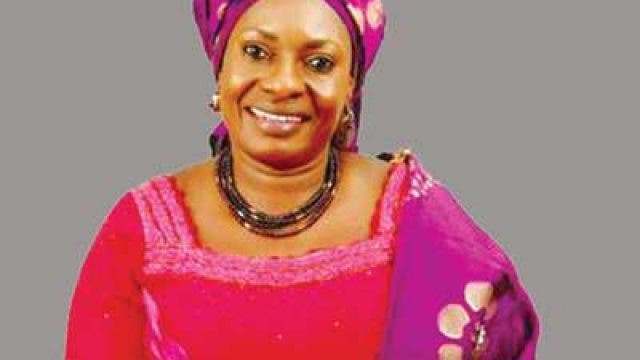 The Minister for Women Affairs, Dame Pauline Tallen is set to grace the upcoming MMS Woman of Fortune Hall of Fame (WoFHoF) Initiative event as the Special Guest of Honour.

As the United Nations marks its 75 years anniversary with a search for the “Third Paradise”- a new world where humanity and sustainable development are the concerns of mankind, MMS WoFHoF Initiative marks its 2020 MMS Hall of Famers’ Day and the UN anniversary with the event themed; “The Third Paradise: A New Thinking On Women And Humanity”.

Some women described by the organizers as a bevy of beauty and brain with exceptional intelligence will be celebrated as MMS UN Generation Amazons cast in the mould of the “Third Paradise” Ambassadors and decorated as agents of sustainability.

The event is scheduled to take place on Wednesday, November 11, 2020, at Golden Gate Restaurant, Glover Road, Ikoyi, Lagos by 2pm.
Other eminent personalities to attend the event include: the Chairperson, Nigerian Shipowners Forum, Barr.(Mrs.) Margaret Orakwusi who would play the role of Chief Host, the Chairperson, Lagos branch of the International Federation of Female Lawyers (FIDA), Mrs. Philomena Nneji, as chairperson of the occasion.
The programme would also feature a guest lecture by the Lagos State Commissioner for Women Affairs/ Poverty Alleviation, Mrs. Cecilia Bolaji Dada.
The women to be celebrated at the event include: Mrs. Romaine Stella Nwakacha, a Nigerian female professional freight forwarder who has carved a niche for herself in the logistics and transport industry; Mrs. Olufunmilayo Olotu, currently the Port Manager, Lagos Port Complex (LPC) where she has helped to carry out reforms in these challenging times in Nigerian port environment.

Other women to be celebrated include: Mrs. Rejoice Ndudinachi who started her working career with Federal Airports Authority of Nigeria (FAAN) in 1988 and rose to the position of Airport Manager, Sam Mbakwe International Cargo Airport, Owerri, Imo State, Nigeria; Pharm. (Mrs.) Ngozi Stella Obikili who joined Nigerian Ports Authority (NPA) in November 1988, as Pharmacist Grade One, rose through the ranks and held several posts such as Coordinator Drug Information Centre, NPA; Chief Port Pharmacist of Lagos Port Complex, Apapa and Tin Can Island Port. In 2016, she was promoted to Assistant General Manager, Occupational Health.

What Does The Future Hold for the Raw Materials Supply Chain? – Sourcing Journal