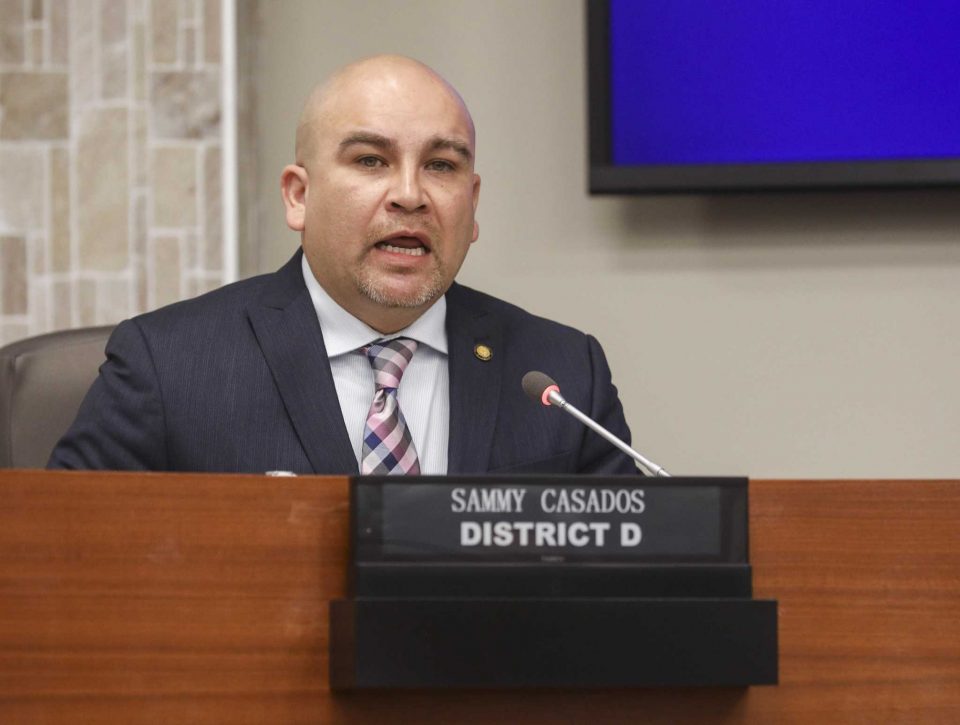 The Pasadena City Council has approved a new policy governing procurement card spending by staffers, after a councilman pointed out that the city’s spending rules were routinely being broken.

Facility maintenance staff were also given spending limits equal to managers, who were historically allowed the highest charges (up to $750 per transaction and $2,500 per month).

Casados first raised the issue when he noticed frequent purchases being made at Councilman Cary Bass’ family business, Bass & Meineke; the business used to contract with the city for auto parts and batteries but no longer did.

It was easy to spot purchases to this company and others that exceeded the previous $750 spending limits — limits that Mayor Jeff Wagner has said needed to be modified to match the way the city was operating.

“For years now, the city has been in violation of this ordinance,” Casados said at an early-November meeting where the proposed changes were first voted upon. He argued that city officials should get in compliance and stay with the original rules.

Councilman Thomas Schoenbein agreed it was time to update the policy. Councilman Phil Cayten said no one intentionally tried to abuse the process and described the fixes as “minor corrections.”

“This is an opportunity for us to move forward and correct the things that were done wrong in the past and get things right for the future,” Councilman Bruce Leamon said.

Wheeler said the revisions at least acknowledged something was wrong. Nevertheless, the council members opposing the revisions Nov. 19 still found them problematic.

“There’s no checks and balances,” Harrison said. “They’re checking themselves.”

As coronavirus surges, US still isn’t prepared with masks – News – The Register-Guard

After the Bushfires and Amid the Pandemic, Australia’s Fossil Fuel Industry Is Gaining Steam