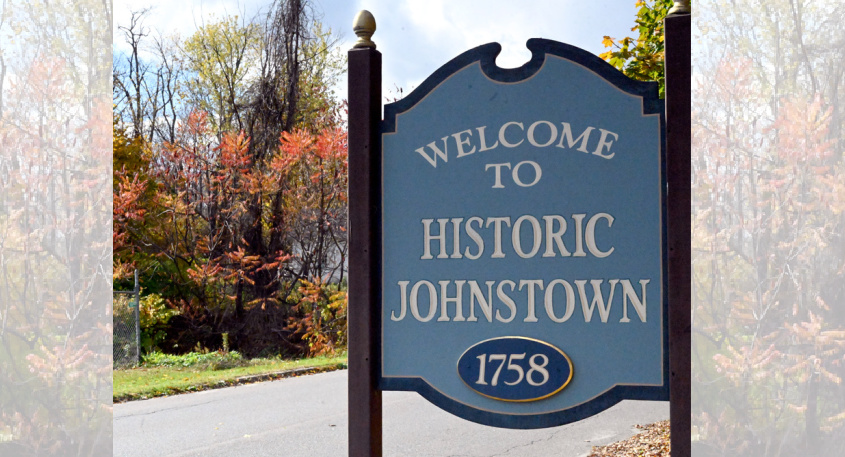 Johnstown City Hall is closed to the public except by appointment, and city officials say it is likely to remain that way for the duration of the health threat from the coronavirus pandemic.

“We just can’t do the social distancing requirements, within the hallway there,” Mayor Vern Jackson said. “Our staff in that building is very small, and all I need is for somebody in that building to come up positive, and we’ll have to close the whole building for two weeks.”

Fourth Ward Councilman Max Spritzer raised the issue of when city hall would fully reopen at the council’s Aug. 3 meeting. He said residents in his ward want to know why city hall has remained closed.

The Daily Gazette is committed to keeping our community safe and informed and is offering our COVID-19 coverage to you free.
Our subscribers help us bring this information to you. Please consider a subscription at DailyGazette.com/Subscribe to help support these efforts. Already a subscriber? Thank you!

“They had begun to notice other buildings, city hall in Gloversville, town hall in [the town of] Johnstown, have reopened safety, so they’ve wondered why we’ve lagged behind,” Spritzer said. “I don’t think the building is properly set for distancing, however, I think if we can go at it with proper procedures — only allowing so many people into the building at a time, asking if they have a temperature, trying to sanitize, maybe we can do it. In the city of Gloversville they opened their city hall. What do they know that we don’t know?”

“Our hallway is just too narrow,” Jackson said. “You’ve got the city clerk’s window on one side, and the treasurer’s office window on the other side. If you get people on both of those windows — they aren’t distancing.”

But Johnstown city hall wasn’t always configured in the way it is now. Prior to 2017, the city’s clerk and treasurer offices allowed people to walk in and stand behind a counter to interact with officials as they accessed services. The city then remodeled first the treasurer’s office and then the clerk’s office to install teller windows where people interact for services, eliminating public access to all of the floor space that had once been available and could have been used for social distancing.

First Ward councilman Bradley Hayner said the remodeling of the clerk and treasurer’s office has left the first floor of city hall without the ability to provide space for social distancing.

“I would like to get it open as soon as we can for our constituents,” he said.

Jackson said the remodeling of the clerk and treasurer’s offices to install the window service system was done for security reasons.

Jackson said the coronavirus safety system the city has established, which includes a drop box for people to drop off materials, and allowing appointments for people who call in to request them, has worked so far. He said the office of Assemblyman Robert Smullen, R-Johnstown, located on the first floor of city hall, has adopted the same procedure.

Jackson said he does not foresee how he will be able to reopen city hall to the public until the state and federal government can ensure that social distancing is no longer required to curb the spread of the coronavirus.

The Daily Gazette is committed to keeping our community safe and informed and is offering our COVID-19 coverage to you free.
Our subscribers help us bring this information to you. Please consider a subscription at DailyGazette.com/Subscribe to help support these efforts. Already a subscriber? Thank you!

“With the width of that hallway, there’s just no way to do it,” Jackson said. “Even with the police, when somebody comes to see them it’s by appointment.”

“I still haven’t decided if I want to try it yet,” he said. “I know the governor’s directives allow for up to 50 people, but, in that council chamber, 50 people is a lot of people.”

Discourse: Executive Order on ‘Support for Local Contents in Public Procurement by the Federal Government’