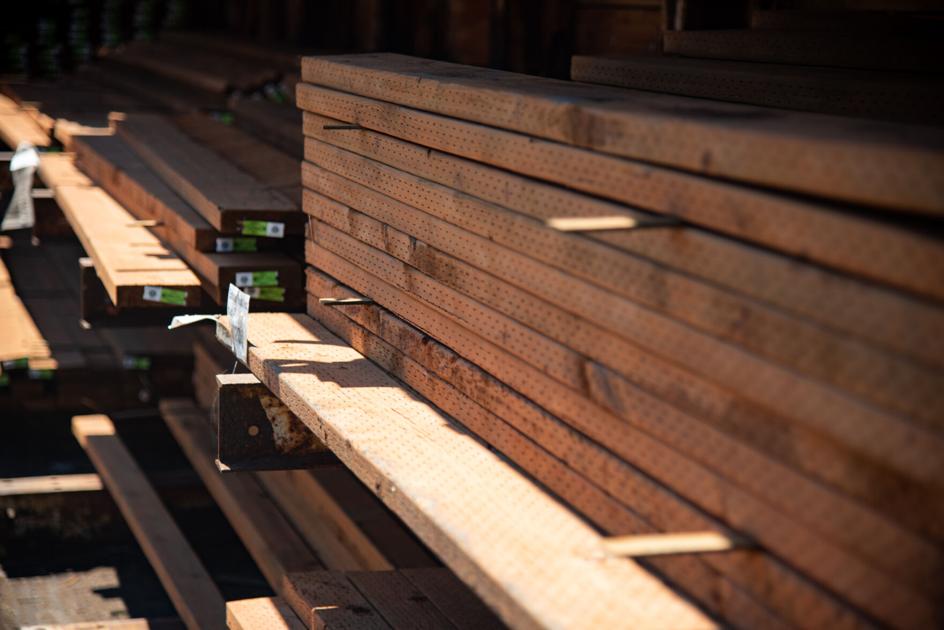 But the pandemic is still exerting its influence in other ways.

Across businesses, it’s been hard to keep some items in stock because of supply chain disruptions and labor issues tied to the pandemic, but also because companies elsewhere are shifting how they do business or have run through their back stock.

The Pet Works on 14th Street saw brisk business during the height of the pandemic last year. Now, however, they’re having trouble sourcing pet travel crates as factories in southern China weathered a recent heat wave that required production to temporarily shut down and there is less shipping container space amid an increased demand for goods.

“Most everything you see (in the store) probably has some component that comes out of China,” said Nick Thompson, the manager at The Pet Works. “China can only produce so much stuff.”

He thinks also about how wholesalers still had plenty of product stocked at warehouses ahead of pandemic peaks last year.

Even as factories shut down and traditional supply chains faltered, stores like The Pet Works could still get what they needed. Now, that source has run dry and wholesalers and retailers alike are more often living shipment to shipment.

Thompson said they’ve had to diversify the brands they carry and then call around to their different vendors to see what’s coming in.

“It’s just a matter of us playing the shell game and figuring out who has what in that week — if anyone has anything that week,” he said.

Across the street, Gimre’s Shoes has seen major delays in shoe shipments. Customers may not be able to find the brand, style or size they want and it might be a long time before owner Pete Gimre is able to get it in for them.

He’s been told this situation could continue into next year.

It is not a unique problem right now, though, he said. Across businesses, he’s heard some version of the same story.

‘It’s been a challenging year’

The pandemic was a major reason, but not the only one.

“There are all sorts of reasons, excuses — hurricanes in the Gulf Coast, ice storms in Texas, chemical plant explosions in the Midwest and container shortages and delivery problems on the West Coast,” Newenhof said. “It’s been a challenging year.”

He and his employees have tried to be proactive, buying larger quantities of items when those products are available, preordering items they’d never had to worry about before.

“Just when one product line gets back to normal, another one has a problem,” Newenhof said.

Then there was the skyrocketing price of lumber.

The cost of construction-grade softwood lumber spiked during the pandemic due in part to related labor force shortages and shipping disruptions. High demand for the product in both the private and commercial sectors also had a role in driving up prices.

His client, architect Darren Doss, could weather the increase and Harn had included contingencies, but Harn started encouraging customers to wait until lumber prices dropped.

People are still calling him anyway, hiring him for jobs. The prices haven’t fazed some clients.

“It’s just so shocking how much it costs to build a house now,” Harn said. “I feel a little embarrassed even though there’s nothing I can do about it.”

At City Lumber, the climbing lumber prices didn’t seem to deter customers at first. But major jumps in price in 2021 did.

“With low interest rates, if you are financing a project, you might be able to afford the project,” Newenhof said. “But if you are paying cash, it starts to get real difficult, and people are putting things off.”

Though lumber prices are beginning to drop now, contractors and others in the industry do not expect prices to return to pre-pandemic levels. Newenhof predicts prices will drop much more slowly than they rose.

“We have truckloads of lumber, plywood and siding booked out until October,” Newenhof said. “We are worried that we will be buying those truckloads at prices higher than we can sell them for.”

‘Wood is a precious commodity’

To address product shortages, City Lumber has been looking at alternate products. But so has everyone else. Gradually, many of these alternatives are getting harder and harder to find, contractors say.

In the Pacific Northwest, lumber has long been abundant, Doss said. For his own projects, the cost of lumber always seemed relatively inexpensive in the grand scheme of things.

“And as Americans in the Pacific Northwest, we’re spoiled in the sense that wood has been readily available,” he said.

But the pandemic and the stress on industries and supply chains has made Doss rethink how he values that particular resource.

Doss is moving away from traditional designs that require a lot of lumber to frame out a house. Instead, he is turning to a style of building called advanced framing. It is not an approach that will work for every house, but it uses less lumber.

“Wood is a precious commodity,” he said. “Let’s treat it as one.”