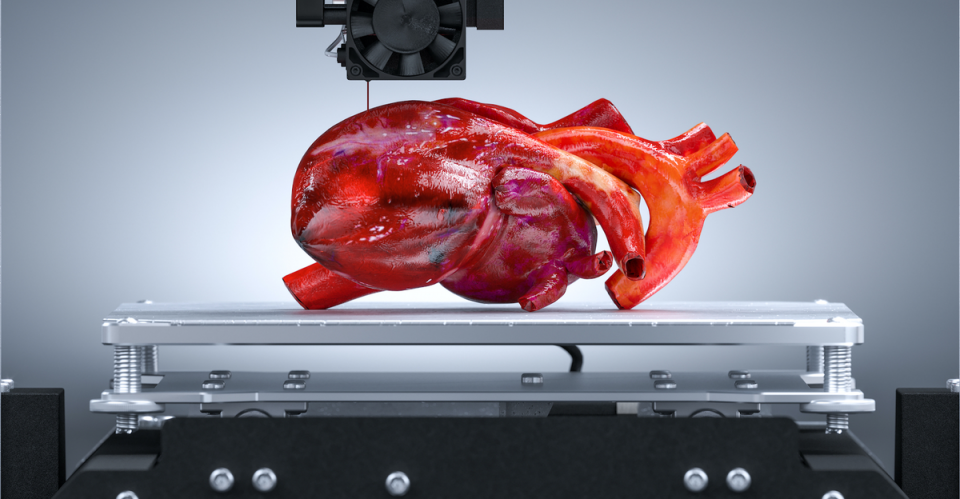 Innovation is nothing new within the automotive industry. This is true from all angles – from the constant evolution of the end product and its highly connected capabilities to the growing array of advanced technologies and methodologies leveraged throughout the production process.

However, something has changed in recent years, seemingly supercharging the space. Specifically, the infusion of autonomous, semi-autonomous and electric vehicles (EVs) finally reaching the road has definitely whet the consumer’s appetite for constant evolution. Often resulting in consumers asking, “What’s next?”

A quick look at what John Suh, vice president and founding director or Hyundai’s New Horizons Studio, and his team are currently creating may  quickly change the question from “What’s next?” to “When will that be available?”

Suh’s team has a heavy focus on the development of ultimate mobility vehicles (UMVs) with a goal of pushing the extreme limits of vehicle development and building vehicles to traverse off-road terrains with unprecedented mobility, through a combination of robotics and wheeled locomotion technology. The walking vehicle is known as Elevate.

With this concept, Hyundai is aiming to eventually produce a vehicle for customers who need to travel within remote or otherwise inaccessible places as well as (in the future) addressing the unique needs of potential applications such as lunar and other planetary exploration.

Understandably, where Suh’s team is spending most of its time is ultimately the vehicle’s biggest differentiator – the leg-wheel locomotion, which includes not only developing the actuators, but also the control system to operate the legs. “The goal is to create a system that doesn’t require a huge amount of operator input to control the legs when in motion,” he says. “The closest analogy would be riding a horse. You’re not controlling each individual leg or footfall, but you’re giving general guidance to the horse in terms of speed and direction. That’s what we want to get to eventually.”

Ideally, Suh would like to keep operator training requirements to a minimum, hopefully less than the process of learning how to drive a traditional car. “Much in the way that kids know how to easily drive a race car in a video game, it would be ideal to replicate that simplicity and ability.”

Why the focus on a leg/wheel combo?

It’s about versatility. There are times when cars with suspension systems just get stuck, especially within challenging terrains, explains Suh. “Having the ability to walk could provide valuable mobility out of difficult situations. Wheels are extremely efficient – and we want to be able to leverage wheels whenever useful – but being able to walk over or on top of things can provide a tremendous amount of additional mobility,” he says. “Of course, we realize this is a relatively unexplored area in mobility.”

With the current timeline projecting a first-generation vehicle available sometime between 2024-25, there’s significant development that needs to take place. “We need a solution for the legs, the joint and the actuators in the legs. And then the corresponding control system for the legs as well as enabling the entire vehicle to transform from its wheel drive to the four-legged walking,” he says.

Understandably, the locomotion choice also necessitates a vehicle design that is lightweight, yet strong and stiff enough to provide the legs with a lifting capacity to handle a realistic payload. At least initially, Hyundai has been looking at leveraging a continuous carbon fiber reinforced plastic material, potentially enabling additive to play a meaningful role. “In practice in will probably be a combination of additive and typical traditional manufacturing methods,” he says. “We’re still too early to know what that exact mix is right now.”

The first generation will not carry people. Instead, it will be useful as an equipment cargo vehicle or mobile science platform.  “As we mature the technology, we see this evolving into a vehicle that carries people,” says Suh.

While it’s too early for anyone to know exactly how Hyundai’s recent acquisition of Boston Dynamics will ultimately impact the automaker’s various future-forward projects, the infusion of proven robotics talent could provide a meaningful boost to the Elevate project.

“The purchase of Boston Dynamics boosts Hyundai capabilities in robotics technologies. There are potential synergies in a number of areas such as robo-taxis,” Global Data’s Automotive Editor David Leggett tells IndustryWeek. “Hyundai’s New Horizons Studio should be a direct beneficiary of the robotics capabilities enhancement. However, we have yet to see how large this market niche – for example for vehicles that can ‘walk’ in certain extreme situations – ultimately is. Hyundai has a lead in this area though.”

A recognized leader in the robotics space, Boston Dynamics has documentable success developing and commercializing intriguing robotic platforms including the doglike Spot known for its ability easily traverse through less structured environments. According to Michael Perry, Boston Dynamics’ vice president of business development, tells IndustryWeek the company’s five-year plan is to continue “developing powerful robotic solutions that combine mobility, vision and manipulation, allowing for new types of automation that have the potential to transform industries, such as logistics, utilities, construction, and heavy manufacturing.”

AutoDesk has also played a meaningful role in helping Hyundai achieve its design goals. “With this vehicle, they can cope with all kinds of different environments conducting for instance rescue missions or defense/military applications,” says Andy Harris, senior principal research engineer at Autodesk Research in London. “To conquer these applications, Elevate needs to perform very specific reptilian or mammalian type maneuvers, so we wanted to design this vehicle to cope with all the structural loadings. There also has to be low mass to help with the performance of the parts – addressed in part by utilizing very advanced manufacturing processes.”

Harris tells IndustryWeek, the design team went into the project very open minded, looking at all kinds of different materials and manufacturing methods. “And with our knowledge of the structural loading, we were able to produce a lot of generative designs followed by a process of down selection,” says Harris. “Because of the openness to advanced manufacturing processes, we could start to consolidate some of the assemblies into single components add a little bit of functionality.”

In engaging with Suh’s team, AutoDesk focused heavily on the chassis and the legs, which served as an opportunity to demonstrate generative design and where it could most impact the mass. “Since we were creating designs utilizing new materials, we had we get through some materials testing to understand behaviors and generate usable data,” says Harris. “Once we generated all those parts, we conducted a more detailed simulation, where we look to the whole assembly to hold the leg and the chassis and everything together to apply different maneuvers.”

It is exciting to see the application of these new materials, explains Harris. “And it has a lot of relevance to our software as well, making data increasingly more accessible to more people,” he says. “There is a wider societal impact that is very excited about Elevate, considering its potential impact to rescue, defense and exploration applications. It’s such a versatile and radical concept for future vehicles.” 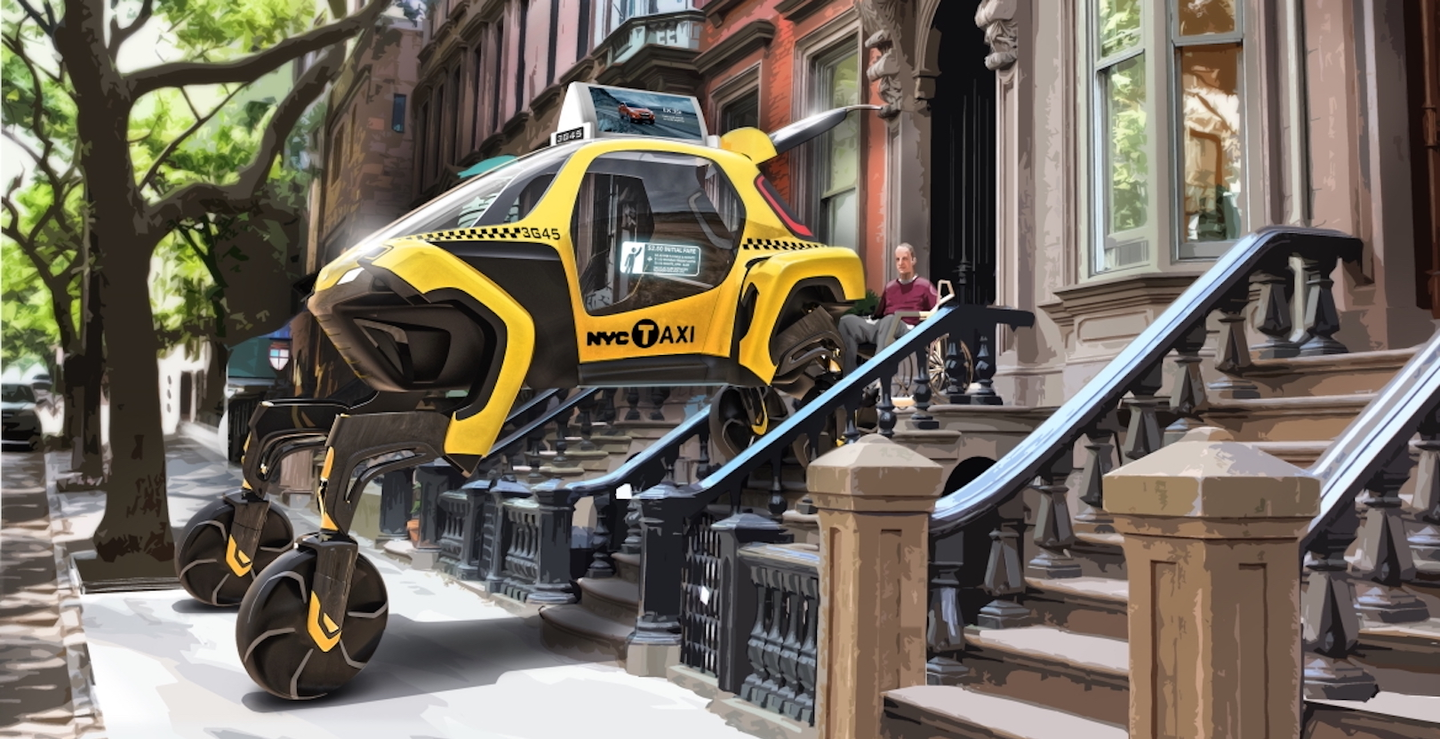 Spending time addressing the leg/wheel locomotion has resulted in an aha moment for Suh. Simply put, there’s still a lot of opportunity to advance mechanical design. “Being from Silicon Valley, it’s easy to get enamored with digital and software, which is important, but there’s still a lot of discovery, invention, novelty and new ways of doing gears or even engines,” he says. “There’s still so much that could be done and that hasn’t been discovered yet.”

For instance, the initial thought was to use linear hydraulic actuators, but then the team came across an emerging technology to advance electric motor and gearbox design. “It was a leapfrog in performance in torque to weight efficiency that is not yet in the market,” he says. “It is great to see that kind of thing still happening.”

Suh also sees great expansion potential for virtual testing and development environments. “There’s a tremendous amount of capability and technology available today, but it’s not necessarily all in one piece.”

Where this can come in handy for the Elevate project will be developing the control software and then connecting it to the structural design. “The vehicle’s mass and inertia influence how you do your control system and the sensors utilized, which in turn influences your power train,” he says. “There’s a lot of this multi-disciplinary interconnection. There are point solutions out there, but connecting it all, and taking advantage of the computing power and software would help companies do more virtual development testing than ever before. In our case, we are starting a vehicle from scratch, which allows us to push from a holistic viewpoint.”

Beer delivery drivers are being trained to spot human trafficking