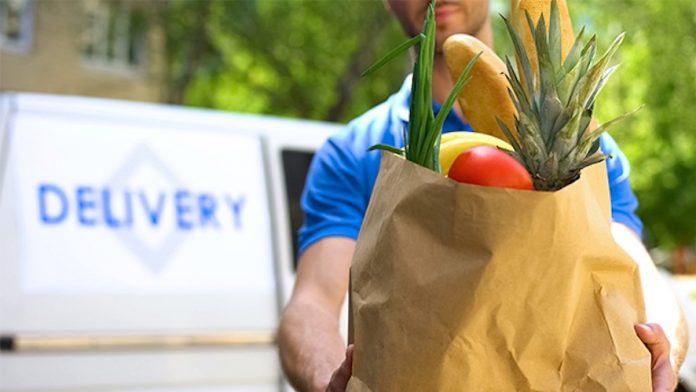 One in three UK retailers (31 per cent) have reduced their physical footprint this year, as the Covid-19 pandemic continues to accelerate the growth of online shopping.

Half of all UK retailers (50 per cent) have increased their reliance on e-commerce and social media since March, according to a report by Barclays Corporate Banking.

A further 17 per cent plan to ramp up their e-commerce presence in the next 12 months, while 20 per cent say the same for social media.

The report found that UK wholesalers have reacted, with over half (52 per cent) having begun selling directly to consumers since the virus began, cutting out the middleman for the first time.

A further 18 per cent plan to launch direct-to-consumer sales in the next 12 months, leaving a third (30 per cent) of wholesalers yet to take the step.

Barclays’ survey of more than 500 UK retail and wholesale ‘decision-makers’, conducted in August and September, also revealed a degree of resilience among businesses. Nearly half (44 per cent) said they were well-prepared for Covid-19, while just one in five (19 per cent) felt the opposite.

For both retailers and wholesalers, a key impact of Covid-19 has been on supply chains. Before the pandemic, the average supply chain took five weeks from start to end – but this has since doubled to ten weeks, according to the report. Firms do not expect supply to return to normal until at least March 2021.

Despite this, many retailers have been able to trade on, thanks to an increase in sales. Over half of all retailers (55 per cent) saw an increase in demand, which for three quarters (73 per cent) caused temporary product shortages. Among those who saw the biggest increase in orders were DIY and garden (74 per cent), food and drink (63 per cent) and sports and leisure (62 per cent) businesses.

While most wholesalers saw the opposite effect – with 53 per cent experiencing a fall in demand due to the closure of restaurants, bars and pubs – nearly a third (29 per cent) saw a significant increase in orders.

This could have been down to consumers changing their buying behaviours and trying new hobbies during lockdown – with the smallest and largest wholesalers benefitting the most (32 per cent and 43 per cent experiencing a significant increase in orders, respectively).

Before the pandemic, 24 per cent of businesses had already begun stockpiling and 28 per cent were diversifying their suppliers to prepare for Brexit, the report found. They had also started reducing their physical footprint in cities, setting up shops locally and online instead, to respond to changing consumer needs, it added.

As a result, one in four (39 per cent) businesses felt that getting ready for Brexit enabled them to deal better with Covid-19.

In turn, handling the pandemic left retailers and wholesalers feeling more equipped for the end of the Brexit transition period on 31 December 2020. Of those, 54 per cent have had their supply chains stress-tested, and as a result, made changes to it (47 per cent). Meanwhile, 55 per cent think the economic impacts of Brexit will not be as severe as those of the virus.

With firms expecting demand and supply to return to normal between March and May next year and 61 per cent concerned that a second Covid-19 wave will cause further shortages, Barclays predicted that many will choose to cement the current trends, leading to greater and faster change to the market.

E-commerce, for example, is set to be a top priority for 47 per cent of retailers in the coming years, the report found.

Karen Johnson, head of retail, wholesale and healthcare at Barclays said that while UK retailers and wholesalers have had no shortage of challenges and complications over the past few years, there was clearly an upside for the sector.

“Businesses have been forced to make big changes, and it seems that as a result, they are more agile and adaptable than ever,” Johnson said.

“With the pandemic still impacting businesses across the UK, and the ‘return to normal’ likely to be a long way off, many of these changes will last, leading to long-term change for the market.”

Johnson cautioned that while firms are in survival mode, they must not lose sight of their long-term priorities, “like sustainability, and treating staff fairly at all levels of the supply chain”.

“Ultimately, these are the things that businesses and their customers care about, and matter most for lasting success,” she said.

In August, a report by Duo UK found that the growth of online shopping, accelerated by the pandemic, is to influence the future packaging strategies of around half of all UK businesses.