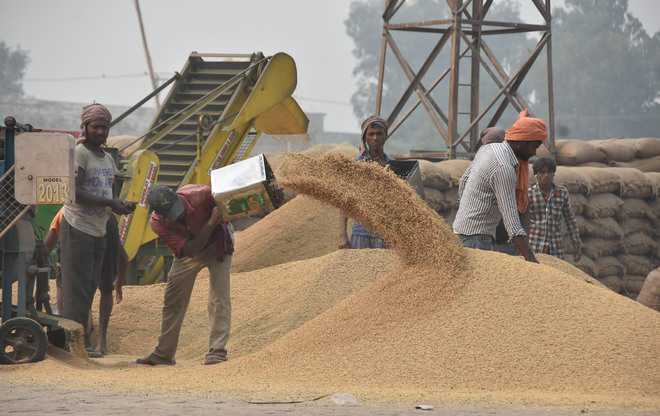 
In wake of declining paddy arrivals in the mandis of the state, the paddy procurement period has been modified, informed Deputy Commissioner Pradeep Kumar Agrawal.


Giving details, the Deputy Commissioner said, “Earlier, the paddy procurement during Kharif Marketing Season 2019-20 was slated for October 1 to December 15, but it has now been altered and the paddy procurement period will now culminate on November 30. However, the milling period remains the same.”


He further divulged that a majority of the paddy arrivals had taken place in 103 mandis of Ludhiana district and till November 20, 17,02,950 tonnes of paddy had already been procured. As per the 72-hour norm, 100 per cent lifting of the purchased paddy had been achieved and payments worth Rs 3,082.72 crore had been transferred to the accounts of arthiyas/farmers by the government.


Reiterating the commitment of the state government to purchase every grain in the market, the Deputy Commissioner appealed to the farmers to bring their crop in the grain markets by November 30 so that they might avail of the benefit of Minimum Support Price (MSP). He also urged the arthiyas to inform about the revision in the procurement period to the farmers associated with them.

Huawei turns to Japan as US blacklisting hits supply chain