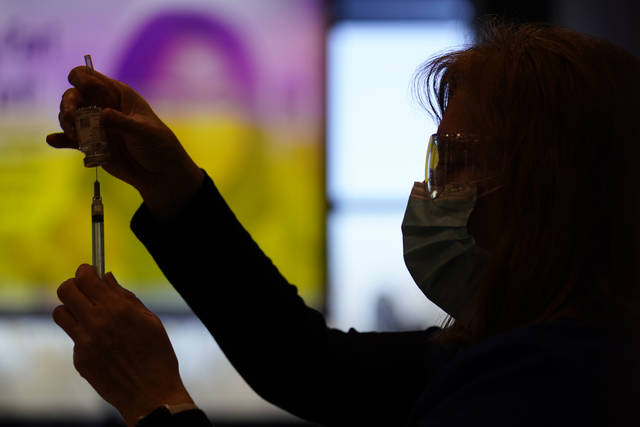 Despite numerous studies predicting the likelihood of racial disparities and a supposed focus on equity in the rollout, Pennsylvania’s data tracking race and ethnicity in vaccine distribution is currently lacking.

More than a month into the state’s vaccine rollout, about 34% of race data as it relates to distribution is marked as “unknown” on the state’s dashboard. Less than 12,000 Black residents have been partially vaccinated, compared to almost 413,000 white residents. But more than 228,000 people have no race identified at all, according to the dashboard.

“The department is only able to provide the data that vaccine providers and labs report,” Barry Ciccocioppo, a Department of Health spokesman, said earlier this week. He said the “unknown” category is one recommended by the Centers for Disease Control and Prevention.

The department gave a directive in mid-December for providers to report race and ethnicity data for all those they inoculate. Directions for reporting, Ciccocioppo said, are “clearly spelled out” in the order. The department reiterated the requirements again on Friday, now saying that vaccine providers could have their allocation reduced or suspended for failing to comply.

But up to this point, providers have had their own systems for collecting and reporting data to the state. Ciccocioppo said the shortage of race and ethnicity data is a challenge across the country.

That is true, as some other states have likewise been scrutinized for lagging in the release of race and ethnicity data. But Raeven Faye Chandler, director of the Pennsylvania Population Network housed in Penn State University, noted that there are many states with more robust public health infrastructure that have managed to provide timely and thorough information. She mentioned Illinois as an example.

Department of Health officials, from the beginning of the vaccine rollout, have emphasized a focus on equity in distribution. But without adequate data, experts like Chandler wonder how the department can be sure that will happen.

“One of the key components of health equity is understanding racial and ethnic variation in health disparities,” said Chandler, who studies barriers to health care access among communities of color. “We need to know this, and this needs to be a pressing issue for everyone involved.”

The lack of race and ethnicity data was one of many concerns brought up in the General Assembly last week, during hearings of the House and Senate health committees. During the House hearing last Wednesday, Rep. Summer Lee, D-Allegheny, asked health officials to share more data relating to vaccine distribution disparities.

“We’re seeing clear as day that the Black community is under-vaccinated, and this is a community that is among the most hard hit,” Lee said. “Has there been any data that would say, show or map out where people who are vaccinated are coming from?”

“To me that seems basic, as a way to counteract the race issue, so my question is: what is the plan to serve Black communities?”

Dr. Wendy Braund, Pennsylvania’s interim acting physician general, didn’t answer the data question, but said the Department of Health is working with community partners to provide education about the vaccine and to encourage testing. The department is also in the process of creating a “robust” vaccination campaign that will have “specific targeting to sub-populations and will also be engaging with trusted leaders in communities to hopefully combat historical distrust.”

A lack of quality data, as well as the release of flawed and conflicting data, has occurred throughout the covid-19 pandemic in Pennsylvania.

Repeated inconsistencies and errors have plagued data tracking outbreaks in long-term care facilities, often hiding deadly outbreaks from the public. In that situation, too, the Department of Health said the onus was on facilities to report, and did little to ensure numbers made sense before publishing them.

The Department of Health also does not provide facility-level data on covid hospitalizations, and hospitals themselves declined to make that data public for much of the pandemic – it wasn’t until the U.S. Department of Health and Human Services began sharing the data in December that Western Pennsylvania residents could get a full understanding of how overwhelmed hospitals were.

Given the state’s track record and the variation of data quality that has occurred in the last year, Chandler said she wasn’t surprised the Department of Health would keep putting the responsibility on providers, and not enforce more specific data gathering standards.

But it is still striking, she said, that such meager data gathering has occurred when it’s been shown covid-19 has had especially severe impacts on the health outcomes for people of color. The lack of standardized data present challenges to researchers, lawmakers and health professionals looking for where to target vaccine resources.

Covid-19 has already had a disproportionate effect on Black communities in the Pittsburgh region and across the U.S., and past research shows a greater likelihood of vaccine hesitancy in communities of color. According to the Centers for Disease Control and Prevention, only 5% of the 13 million Americans vaccinated in the first month of the rollout were Black.

Not knowing the full extent of the state’s racial disparities will have long-term impacts in public health planning and research, Chandler said.

“If I don’t have that information, I can’t understand what’s happening to the full extent,” she said. “Why are we not making this a more pressing issue to collect data?”

Teghan Simonton is a Tribune-Review staff writer. You can contact Teghan at 724-226-4680, [email protected] or via Twitter .