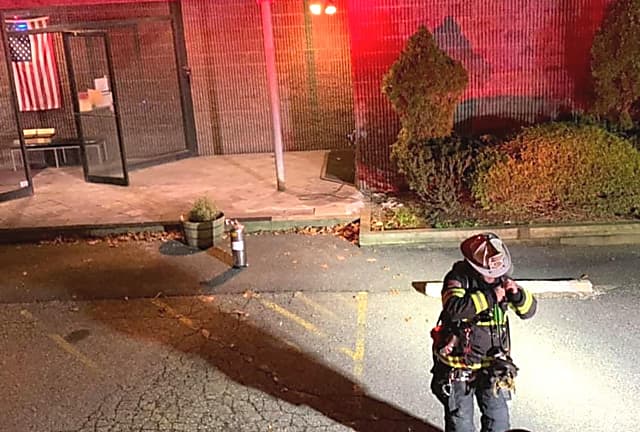 Several area companies responded overnight Thursday to a machine fire at a Rockleigh factory near the Rockland border.

The blaze at the Carlee Corporation building on Piermont Road – less than a half-mile from Palisades, NY — apparently ignited shortly after 1”15 a.m. in a machine that makes synthetic fiberfill, responders said.

The materials are used for padding and insulation in clothing and “soft” furnishings, including cushions and duvets, and to make polystyrene foam packing “peanuts.”

The fire went to three alarms but was knocked down in less than a half hour.

Rockleigh’s fire chief was one of the first at the scene, followed by firefighters from Alpine, Closter, Demarest, Haworth, Northvale, Norwood and Sparkill. 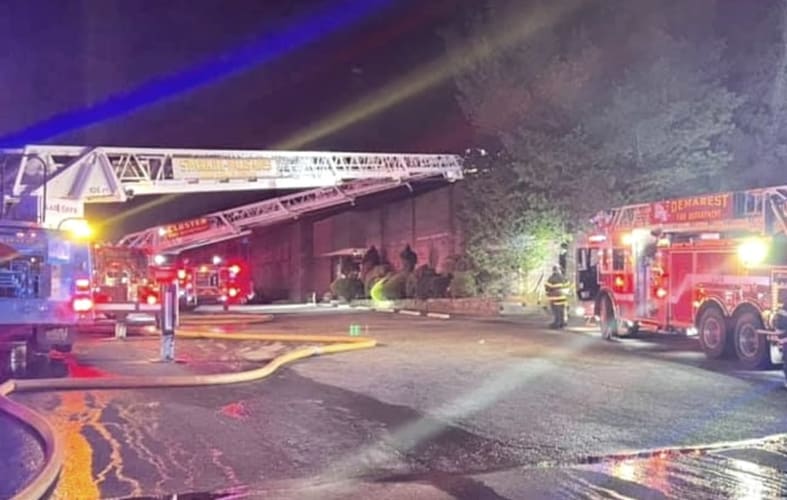 The fire on Piermont Road in Rockleigh went to three alarms but was knocked down in less than a half hour.

Explosion at pharmaceutical factory in Taiwan kills one