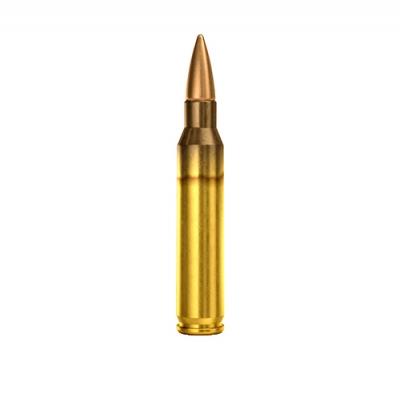 New Delhi, Nov 9 (IANS) In another endorsement of its capabilities, India’s state-run Ordnance Factory Board (OFB) has got an order from the US to supply ammunition.

The OFB, one of the country’s oldest defence establishments, has received an export order for 5.56X45 mm NATO M193 Ball bullets from the US.

“The ammunition will be manufactured at Ordnance Factory Varangaon in Maharashtra and will be supplied in the current fiscal year,” OFB Deputy Director General Gagan Chaturvedi told IANS.

He also said that the ordnance factories have been exporting ammunition to foreign nations and have been fulfilling the commitments within the given time.

India had inherited 18 ordnance factories established by the British at the time of Independence. Currently, the OFB oversees 41 factories, 13 development centres and nine institutes of learning.

The government is pushing for the corporatisation of the OFB, citing that it has been an ailing intuition and they want to make it at par with other defence public sector undertakings managed by its own board of directors with broad guidelines from the government.

The government has envisioned growth of the OFB post corporatisation, expecting it to raise its turnover to Rs 30,000 crore by 2024-25 annually against existing Rs 12,000 crore, and has set up a high-level panel to work out a roadmap to achieve the same.

The corporatisation of OFB will improve its autonomy, accountability and efficiency in Ordnance Supplies, it had stated.

The government has also set up an Empowered Group of Ministers (EGoM) under the chairmanship of Defence Minister Rajnath Singh to oversee and guide the entire process of corporatisation of the OFB, including transition support and redeployment plan of employees while safeguarding their wages and retirement benefits.

The government had contended that OFB products are priced on a cost-based methodology without charging any profit over the cost of production for supply to the armed forces.

Since the OFB is nominated as a production agency for supply of core items to the armed forces, no comparison with international prices can be made.

Earlier this year, the OFB was embroiled in controversy after Indian Army accused it of supplying faulty ammunition, leading to injury and deaths of soldiers.

The board denied the allegations and had claimed that the accidents could also be because of “poor gun maintenance” and faulty firing drill, and unvalidated design changes in the weapon.

It also pointed out that for the accidents which occurred from January 2015 to December 2019 and where defect investigations have been completed, only 19 percent of the cases are attributable to the OFB.


Legal Disclaimer: MENAFN provides the information “as is” without warranty of any kind. We do not accept any responsibility or liability for the accuracy, content, images, videos, licenses, completeness, legality, or reliability of the information contained in this article. If you have any complaints or copyright issues related to this article, kindly contact the provider above.