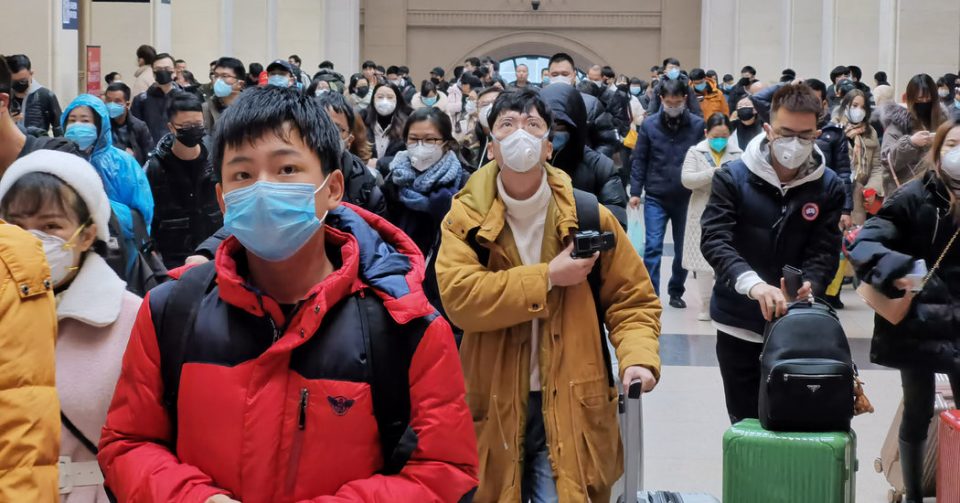 Only two quasi-independent media outlets in China, Caijing and Caixin, provided extensive coverage on the disease, and there was little discussion of the virus on Chinese social media. According to Caixin, 15 health care workers were infected in Wuhan between Jan. 12 and Jan. 21. Yet the local health authorities — presumably in an attempt to play down the seriousness of the situation — chose not to report that fact until after Monday, after the government warned that any official who tried to cover up information about the virus, or delay reporting, would be “nailed on the pillar of shame for eternity.”

As a result, people in China were poorly informed about the outbreak in its early days, when its spread might have been contained more easily. When I mentioned the Wuhan virus to some of my high school classmates in a WeChat group in last week, one of them, who happens to live in Wuhan, was offended. “Our country’s disease prevention and control system has been very well developed and is transparent,” he responded. “Only overseas people are panicking for us.”

That could be part of the problem: On Monday, 40,000 families in the city held potluck banquets to celebrate the coming Lunar New Year. The next day, municipal authorities were trying to lure more tourists to the city by distributing 200,000 coupons for free events. Needless to say, encouraging large groups of people to come together in the epicenter of a potential outbreak is not an effective health strategy.

Along with its information semi-blackout, the government has failed to respond effectively. Yes, the Chinese Center for Disease Control and Prevention started an investigation immediately after the first cases of the mysterious pneumonia were identified. The Wuhan health authorities also conducted epidemiological investigations. On Jan. 1, they closed down the market where the first cases of infection were traced. And this week it halted travel to or from Wuhan.

Then again, back when SARS broke out, China’s health authorities also responded relatively well at the very beginning. The problems started when the government then failed to undertake effective measures to prevent the disease from spreading further.

Both the Wuhan and the central health authorities could already have done much more to stem the spread of this new virus, including asking people to take precautions like wearing masks. Many suspected cases in Wuhan reportedly were not tested for the disease or quarantined; some people were simply sent home from the hospital without having been screened.

Outside Wuhan, even as the number of patients with pneumonialike symptoms has increased, the authorities may have been reluctant to report cases because the three-step confirmation procedure set out by the central government is so cumbersome. As a result, no new cases were reported in China beyond Wuhan between Dec. 12 and Monday, and yet cases were surfacing overseas. Some Chinese sarcastically took to calling the virus “patriotic” — a disease more interested in infecting people overseas than in China.

But this virus is anything but patriotic. It is exploding in China and spreading to other countries, much as SARS did in 2003. Has the Chinese government fundamentally changed its response to a possible epidemic since then? It appears not, or at least not enough. And to my surprise, people in China, including some in the know, seem to agree. “From 2003 to 2020,” according to one article shared by a government adviser on a WeChat group, Beijing’s “conduct has not changed at all.”

Yanzhong Huang is a senior fellow for global health at the Council on Foreign Relations and a professor at Seton Hall University’s School of Diplomacy and International Relations.

The Times is committed to publishing a diversity of letters to the editor. We’d like to hear what you think about this or any of our articles. Here are some tips. And here’s our email: [email protected].

Semiconductor alliances between U.S. and Asia could hold back China