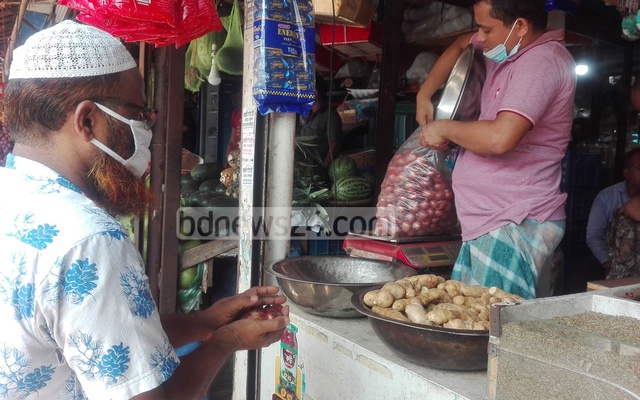 Homemakers rushed to the markets in Dhaka on Tuesday to buy the mineral-and vitamin-rich kitchen tastemaker by bulk fearing a further spike in the prices. 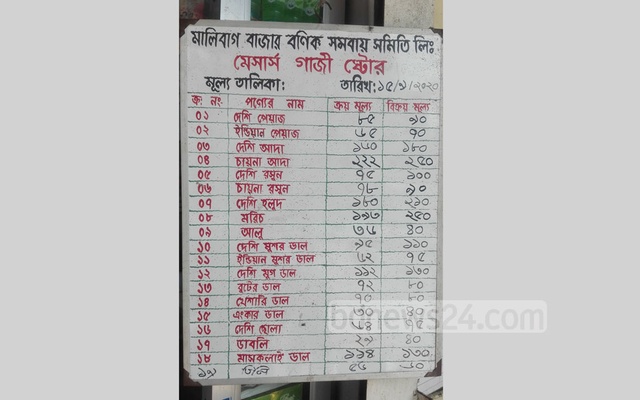 Prices of Indian varieties increased to Tk 80 from Tk 55 in Dhaka.

In Dinajpur, wholesaler Azizul Haque said he bought onions at Tk 38-40 a kg at Hili Land Port on Monday morning, but the prices rose to Tk 80 on Tuesday.

Many alleged that the importers raised the prices of the lots that had arrived earlier. But Hurun-ur-Rashid, the president of Hili Land Port Exporters and Importers Association, refuted the charges.

He alleged it was the wholesalers who were raising the prices. “No onion was left unsold at Hili on Monday. The wholesalers have stockpiled the onions and raised the prices as they saw fit,” he said.

“The ban on export by India is one of the reasons behind the price hike, but the suppliers who come from the countryside to sell onions have raised prices at will,” he said. 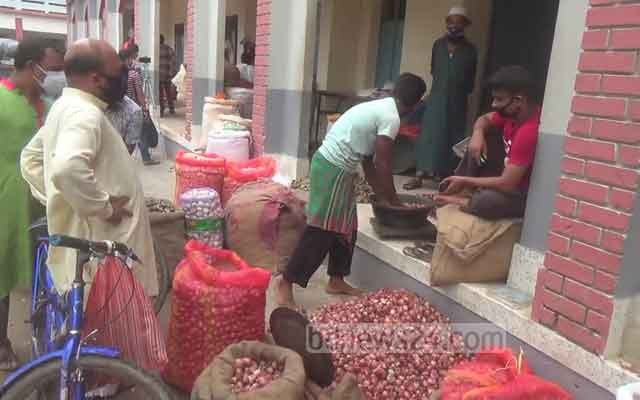 Harun Or Rashid, a resident of the capital, bought 7 kg onions at Malibagh Bazar.

He recalled that the prices skyrocketed to as high as Tk 300 a kg when India banned exports last year. It took until March this year for the prices to stablise.

Traders at other markets in Shantinagar, Shahjahanpur, Rampura, Badda and other parts of the city said the customers who came to buy other commodities were also buying plenty of onion.

Trader Delwar Hossain of Shantinagar Bazar said the wholesalers charged less early in the morning than they did later. So, the retail prices varied from store to store, he said.

The authorities fined the traders in different districts for price-gouging.

The surprise move by India, which took immediate effect on Monday, could help cut prices in India, but boost prices in Asian nations such as Malaysia, Nepal and Sri Lanka, apart from Bangladesh, since they rely on Indian shipments.

Quoting Bangladesh Commerce Secretary Mohammad Jafar Uddin, Reuters reported that the government was turning to other countries for supplies.

The government is importing 100,000 tonnes of onions from Turkey and other countries, according to him. 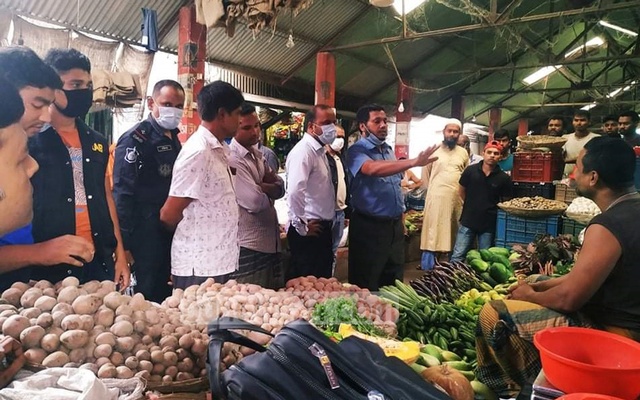 In India, prices have tripled in a month to 30 rupees a kg as the summer-sown onion crop in the southern states of Karnataka and Andhra Pradesh was damaged by excessive rainfall, Reuters said, citing traders.

India’s key onion-producing states have received as much as 41 percent more rainfall than normal since the monsoon season began on June 1.

“Supplies from the new crop have been delayed by nearly a month,” said Ajit Shah, president of the Mumbai-based Onion Exporters’ Association.

“Prices could remain firm in the short term,” he told Reuters.

JS body for proper distribution of funds to workers

Everyday Cheapskate: Confused in the Supermarket