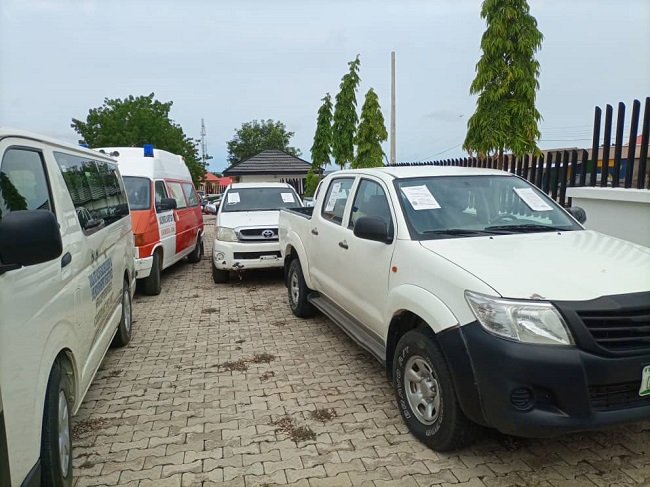 The Association of Nigerian Licensed Customs Agents (ANLCA) have said that the Vehicle Identification Number (VIN) of the Nigeria Customs Service (NCS) is selective in nature, as it works well with Standard Chasis Vehicles while not working well with Non-Standard Chasis Vehicles. This is even as the clearing agents threatened to sue the Federal Government V-Reg over network glitches noticed on the Customs VIN Valuation policy implementation.

Addressing journalists in Lagos on Thursday, the acting President of ANLCA, Dr Kayode Farinto, explained that some classes of Mercedes Benz vehicles have not been captured by the Customs VIN Valuation policy.

According to Dr Farinto, “It’s been a month since the Customs introduced the VIN Valuation policy for imported vehicles. We all expected that within 90 days if such policy is working well or not, we will all know.

“Having analysed the VIN Valuation in the last one month, we want to commend our members for their perseverance. It has not been easy. It has been very rough adapting to its challenges. The very first few weeks of the policy, everybody was confused, but after some adjustments, we adapted to it.

“While the VIN valuation policy has been effective on the standard Chasis vehicles, it has failed on the Non-Standard Chasis Vehicles.

“For clarity’s sake, Standard Chasis Vehicles are vehicles that were manufactured between 2011 to 2013. For this type of vehicle, the moment you key in your Bill of Laden and Chasis number, the VIN system will give you the value to pay for the vehicle.

“The procedure has always been that once any agents apply on the VIN system, and it gives error outcome, the agent applies to the Customs Area Controller of such command who in turn minutes such jobs to his Valuation Department for value identification. With this situation, the value for such Non-Standard Chasis Vehicles is done at the discretion of the Customs Command Valuation Unit.

“When the Customs VIN was being conceptualised, I was one of those that asked that we should have a pilot scheme. But my advice was not heeded and Customs went ahead to begin full implementation. Now, there are some categories of vehicles that have not been captured under the VIN Valuation policy.

“I want.to commend the Customs for their prompt response to issues regarding the VIN Valuation policy. Once I complained to them, they quickly rectify any issues that have been noticed on the system.

“In this regard, the Customs Area Controller of the Tin-Can Island Customs Command, Controller Oloyede is highly commended. He has been up and doing and has created a lot of Help Desks to make sure that the VIN Valuation does not have hitches in his command.

“For other Terminals like the PTML, we will soon be releasing the names of Customs officers frustrating the VIN Valuation.

A jam-packed Spring 2022 agenda for the SEC | Cooley LLP

Drugs from Europe smuggled into Vietnam through international shipping companies