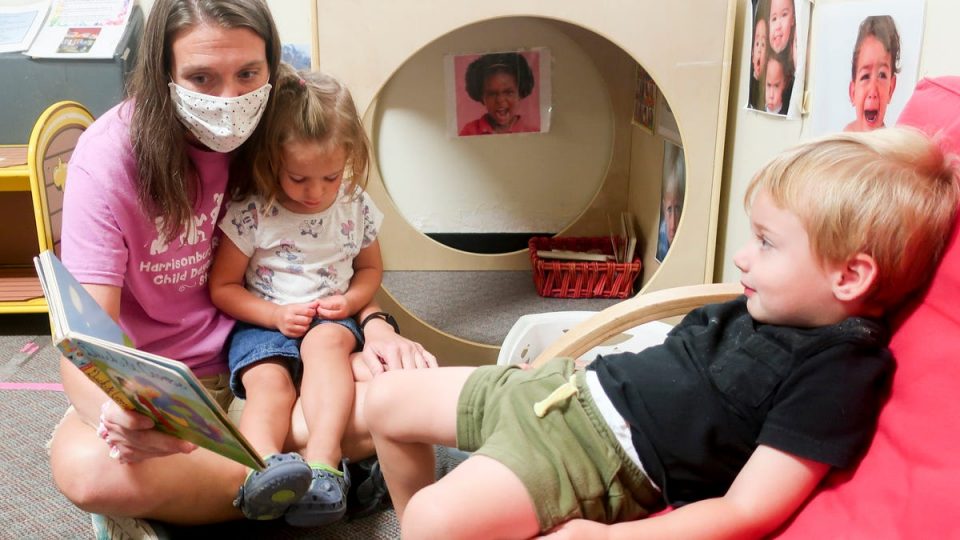 Every employee at Ellis Early Learning, an early childhood education and care provider serving more than 250 kids in the Boston area, is tested weekly for the coronavirus. The free screening has paid off: In part by detecting positive cases early, Ellis has managed to avoid internal spread at its centers since it started regular testing about a year ago.

The screening, possible through what’s now a statewide child care testing program in Massachusetts, has proved especially valuable given the omicron-driven surge in cases – as well as the challenge of working with young children who struggle to maintain social distance and wear masks.

“It feels like no one is really safe anymore,” Ellis CEO Lauren Cook said. “You’re working with an unvaccinated child population – wiping their noses, wiping their bottoms, drying their tears.”

A negative test brings “peace of mind,” Cook said, and a positive one helps to contain the virus – often before an infection is symptomatic. About a quarter of Ellis’ students opted into the testing program.

A ‘confusing and frustrating maze’: COVID-19 made it even harder to find child care

Such large-scale, regular testing remains rare in the child care sector 21 months into the pandemic. The idea is gaining traction as omicron works its way into communities and families fight to keep their kids in classrooms, which at the early learning level often stay open during winter break. The upside extends far beyond the classrooms and teachers.

“Every time a classroom of 12 kids has to close down because of an outbreak, that’s at least 12 parents who can’t go to work,” said Sarah Muncey, co-president and chief innovation officer of Neighborhood Villages, an organization that advocates for early education reform and helped develop the Massachusetts program. If “we have multi-pronged testing strategies &mldr; we can live through this winter and keep child care and, therefore, the economy open.”

The Biden administration has made a big push for testing in K-12 schools. The Centers for Disease Control and Prevention published data endorsing the use of a practice called test-to-stay. In test-to-stay, students who are exposed to the virus can remain in school if they test negative at least twice in the week after exposure. The CDC had previously recommended quarantines for those exposed.

There’s little testing guidance specific to early learning settings, largely because there isn’t more data. The best way to protect children in early childhood education is to ensure all eligible staff and family members are vaccinated, said Jade Fulce, a CDC spokesperson. The agency will update its guidance when it has more information on the value of practices such as test-to-stay in those settings.

Children are at extremely low risk of getting seriously ill from COVID-19. But they’re still susceptible to contracting or at least carrying the virus, and they’re not eligible for vaccination. (Earlier this month, Pfizer announced that its two-shot regimen did not produce the desired immunity for 2- to 5-year-olds in clinical trials, delaying its availability for that age group.)

Robust coronavirus testing in early learning settings is “a matter of workplace safety and also equity,” Muncey said. “If we are going to ask people to go into these low-wage jobs where they are at great risk for contracting COVID, then we should make those jobs safe.”

Omicron: One more blow to schools that have weathered COVID-19 and violence

Muncey and her team members at Neighborhood Villages launched the testing program as a pilot last year, with just a handful of providers, including Ellis. Similar to the day care industry as a whole, employees at these centers are predominantly low-income women of color.

“While the whole country was agonizing about what we could do to make it safe for the mostly white K-12 workforce to return,” Muncey said, “no one batted an eye &mldr; at whether (child care workers) should go back to classrooms that, frankly, couldn’t be socially distanced.”

Barriers to large-scale screening in the child care sector remain. One of the biggest is that few sites have personnel such as on-site nurses equipped to administer the tests. Unlike K-12 education, early learning providers are rarely organized under a central body that can coordinate the complicated logistics involved in regular screening.

A ‘nice piece of our protective puzzle’

Experimental programs such as that developed by Neighborhood Villages show that it can work.

Over the course of their pilot, Muncey and her three team members developed a model that worked to keep centers open. The model involves weekly, pooled screening, when nasal swabs from a group of individuals are combined for a single lab test. When a pool comes up positive, the original samples are tested to identify who’s carrying the virus.

This year, Neighborhood Villages realized the strategy could be scaled up using Operation Expanded Testing, which provides federally funded tests to schools, prisons and other organizations serving high-needs communities.

Through a partnership with the state early education and care department, the Neighborhood Villages program – the first to use these federal dollars for the child care sector – is available to all of Massachusetts’ early learning providers. Since the program expanded in September, it’s administered more than 60,000 tests, including more than 25,000 in November. The positivity rate during those months was less than one-tenth of a percent.

The testing has been “a really nice piece of our protective puzzle,” said Michelle Sanchez, who directs the early learning center at Epiphany School, an independent school for low-income families in Dorchester, Massachusetts. “We’ve got to stay open; we’ve got to keep keep showing up. And (the testing) just makes it a little bit easier for the teachers to do that.”

Any bit of relief is priceless for a workforce that’s overburdened and underpaid, as is the convenience of getting screened for free at work, providers said. Tests are generally hard to come by amid supply chain issues and heightened demand driven by omicron.

Interest in the Neighborhood Villages program surged in the past few weeks. More than 150 providers have enrolled or inquired about participation since Thanksgiving. At least one similar initiative is underway elsewhere: Concentric, the public health division of Ginkgo Bioworks, partnered with the lab Eurofins to implement testing in day cares using Operation ET funding.

Weekly pooled screening can be particularly useful in settings where there’s a lot of close contact, said Matthew McKnight, Ginkgo’s chief commercial officer. When that contact involves children who are too young to get vaccinated and wear a mask properly, “testing is your best option.”

Muncey hopes to see similar initiatives take hold. Testing is “an incredibly important tool in keeping programs open and also having teachers and parents feeling safe,” she said. “And it’s going to be the biggest tool we have in getting through these next few months.”

Why the US has chosen to paralyse WTO – BusinessLine

State setting aside funds to help with dining, retail logistics

Severe Brazil flooding spreads in Bahia and beyond