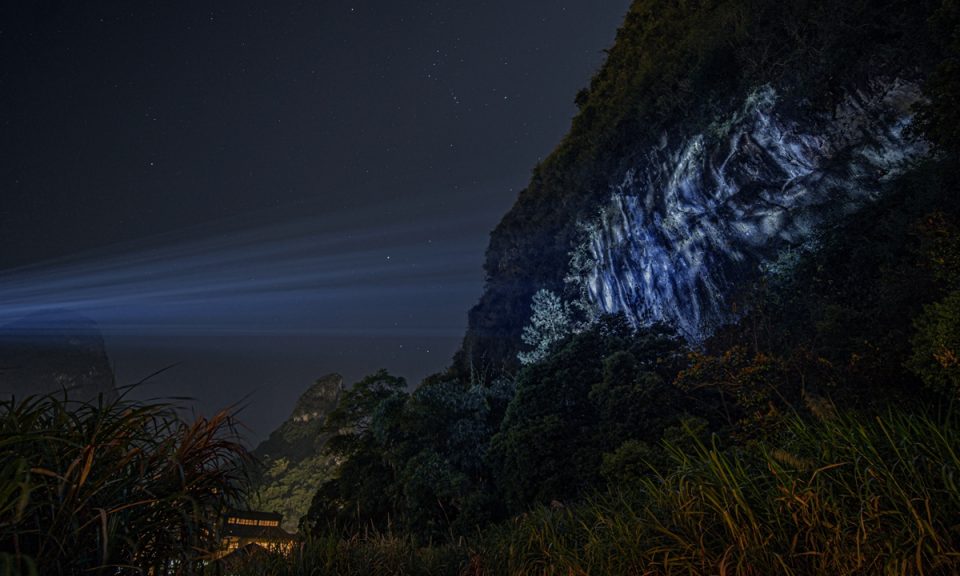 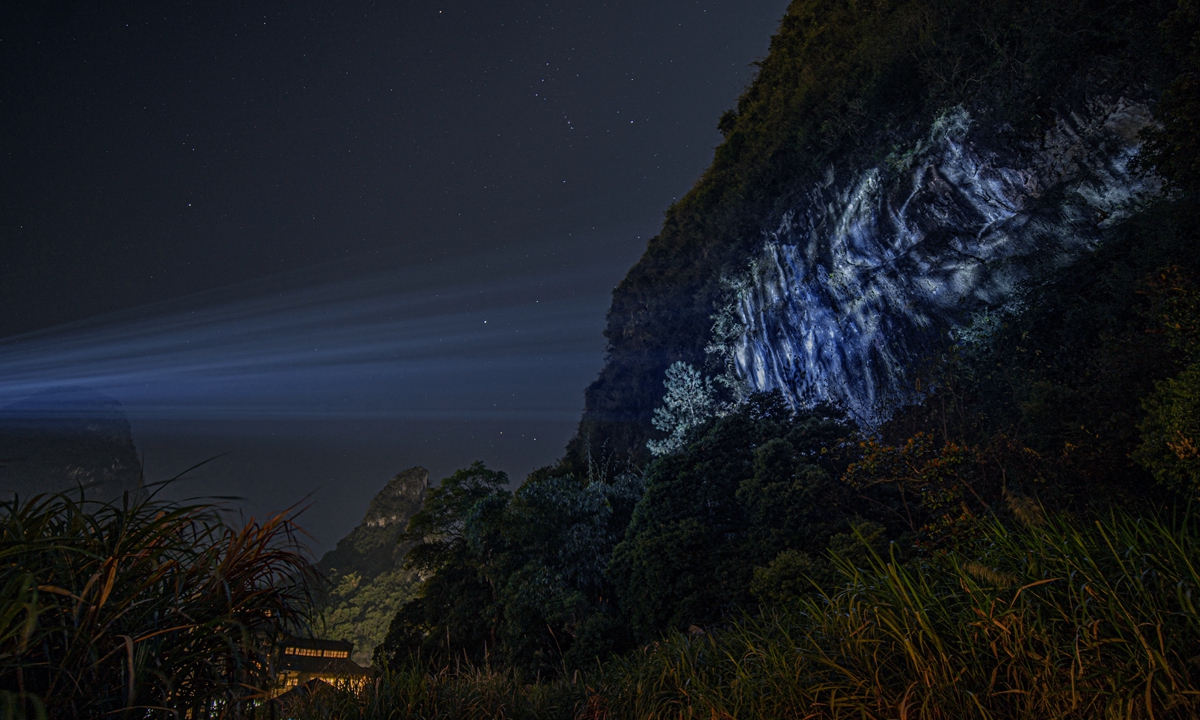 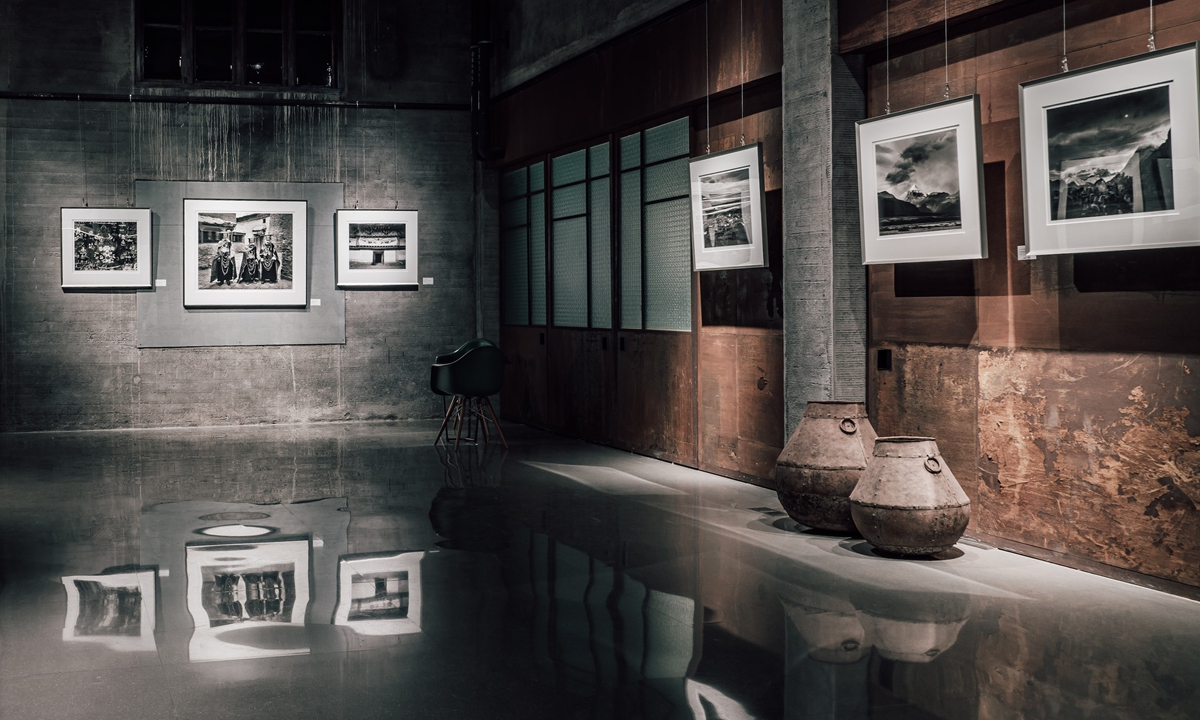 It once was an old factory in Yangshuo, South China’s Guangxi Zhuang Automous Region, that produced tons of sugar for thousands of locals living along the Li River, one of China’s most famous rivers.

Now it has been transformed into a space for cultural events such as live music concerts and exhibitions in the small town, a mecca for thousands of backpackers who visit the area every year.

The space, the Sugar House, is holding a cultural season to celebrate the New Year with events ranging from fireworks to music performances.

Fire pits, commonly seen in ethnic minority villages in Southwest China, are the focal point of an installation work from Chinese artist Guo Liaohui. Three wooden fire pits have been placed on a stage near the Li River and are lit up when night falls as a way to bid farewell to the year 2020.

The same stage also hosted folk musician Chen Fei, who performed several of his songs with the river and mountains as the background.

Under the hand of multimedia artist Liu Jiayu, a giant rock at the space can even “flow” as images of running water is projected on its surface.

“It was my wish to project something similar on the mountain to represent what this area was like a billion years ago when it was at the bottom of the sea,” Liu said, who was finally able to achieve her wish with the help of a technical team based in London after nearly six months.

Additionally, photos from photographer Feng Jianguo are also on display for locals and backpackers to enjoy and discuss.

According to Yang Xiaodong, Sugar House’s founder, it took more than 10 years to turn the factory into a hotel that opened in 2017 and now it is adding a space for local cultural elements and universal art forms such as music.

What Is IPaaS and How Does It Work for Government Agencies?