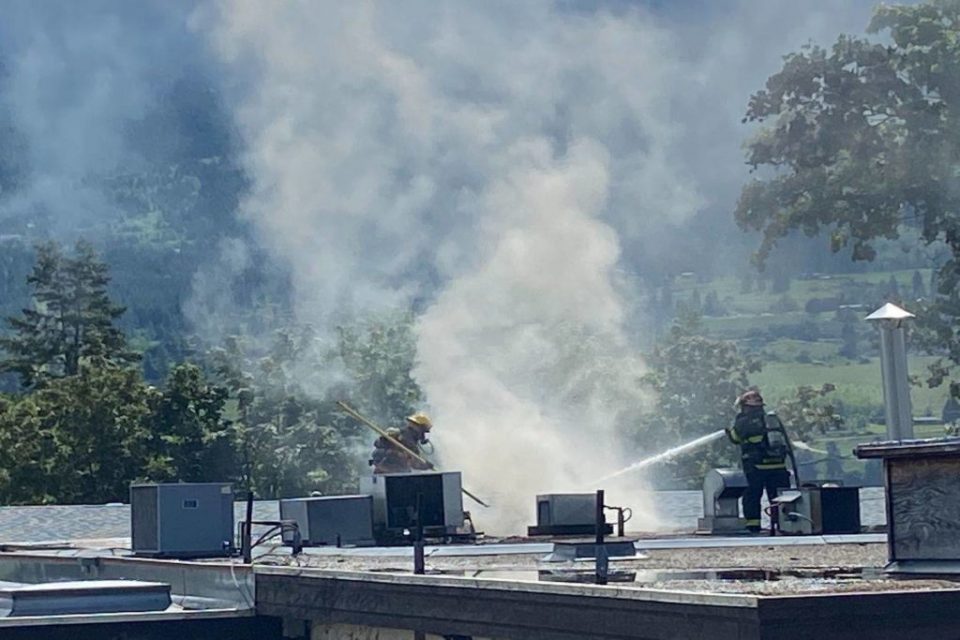 Residents of Lake Country thanked firefighters for their quick response to a blaze on a property on Pelmewash Parkway, Monday morning.

The fire, at the old Oyama sausage factory, was first reported shortly before 10 a.m. June 1.

“I heard an explosion,” said 11-year-old neighbour Vaughn Kilpatrick. “The shed caught on fire after the explosion.”

According to Kilpatrick, a man was burning some leaves and weeds on the property, off Pelmewash Parkway, when the flames spread to an attached shed which contained a propane tank.

The factory has two attached sheds and is close proximity to a nearby home, which was not damaged. No injuries have been reported from the blaze.

Flames and smoke could be seen rising from the area.

Get local stories you won’t find anywhere else right to your inbox.
Sign up here

Korean Bishops support closure of zinc factory to save environment

Fire breaks out at chemical factory in Delhi