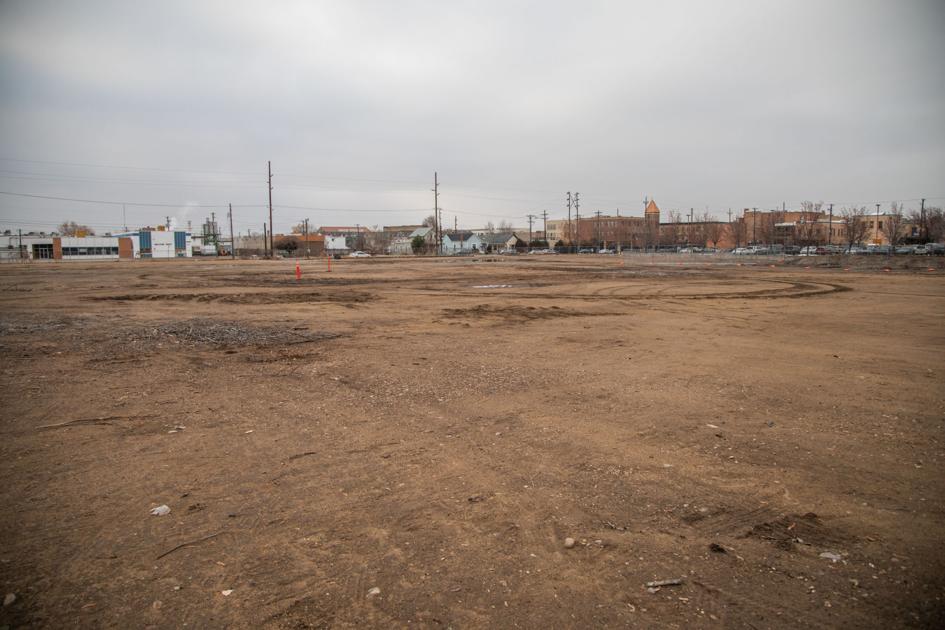 OGDEN — Ogden City is working through a development deal that will ultimately pave the way for millions of dollars worth of new construction to begin downtown.

Ogden’s Deputy Director of Community and Economic Development Brandon Cooper said the city is working on a proposal to enter into a land transfer and development agreement with Centerville-based developer JF Capital to rebuild the site of the former Hostess factory on 26th Street, just west of Washington Boulevard.

Under the terms of the agreement, property currently owned by Ogden City, at 26th Street between Grant and Lincoln avenues, will be transferred to JF Capital in exchange for an agreement to develop the property into a mixed-used site consisting of hospitality, commercial, retail, office and multi-family housing.

Cooper said the current agreement comes with a number of conditions — all of which must be meet for the project to begin. The four-part deal includes an agreement to replace parking for the nearby 2nd District state courthouse that will be lost as part of the project, a tax increment incentive agreement whereby would-be tax revenue is funneled back into the project, a master lease agreement with JF Capital that would enable construction to begin, and the building of an additional 754-stall, $24 million parking structure.

“One without the other really renders the project infeasible,” Cooper said. “(The project) will be a massive undertaking but a wonderful addition to the downtown.”

The old Wonder Bread site is part of the city’s Continental Community Reinvestment Area. Located inside a six-block area between Wall Avenue and Washington Boulevard and 25th and 27th streets, the Continental CRA will use tax increment financing to help fund a host of redevelopment projects. TIF works by freezing the tax valuation for all taxable properties inside a specific area of land that the city has tabbed for reinvestment. For a certain amount of time or up to a certain dollar amount, future increases in property tax revenue are used in the redevelopment effort, an oft-used development incentive.

The TIF money is typically offered to developers as a motivation to build, and it can be used for things like street and utility improvements, hazardous waste removal, property acquisition and the demolition of blighted buildings. Cooper said it’s yet to be determined the exact TIF contribution the developer will receive.

Cooper said the development with JF Capital involves nearly 300 residential units on top of what could be as much as 63,000 square feet of retail space. Office space and a boutique hotel with about 100 rooms will also be part of the project, along with the new parking structure.

According to city council documents, other potential redevelopment sites include the Weber County Jail, the Ogden Justice Court and the Salvation Army, Bank of Utah and American Linen buildings. Project expenditures for the CRA could total as much as $236.2 million.

Tom Christopulos, director of Ogden’s CED department, said the project will bolster the downtown economy, particularly for Historic 25th Street, which is a block north of the proposed development.

“Part of what we’re doing with this project is enhancing the amount of people that are accessing a central, curated space,” he said. “You very seldom see a business out in the middle of an island hoping that it’s going to survive. It has to bring in enough critical mass in and around it.”

Cooper said JF Capital has indicated they’d like to begin construction sometime in 2021.

“Which means we have a lot of work to do,” he said.

Ogden City Council Executive Director Janene Eller-Smith said the council is scheduled to vote on the development agreement on Dec. 8. Cooper said council approval of the initial agreement is essentially the first step in moving the project forward and other items related to the deal will continue to come before the council as the process advances.

Commentary: The resilience of trusted partners in supply chain