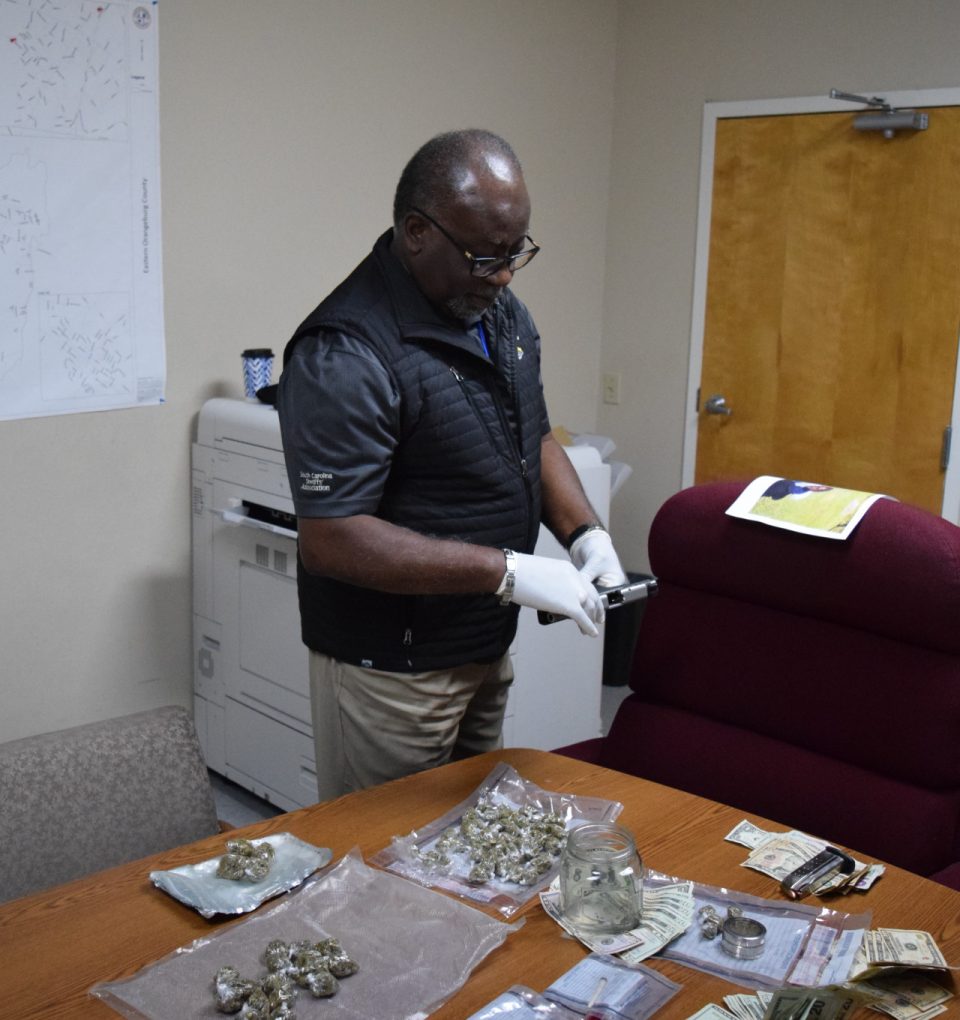 ORANGEBURG, S.C. (WCBD) – The Orangeburg County Sheriff’s Office (OCSO) on Monday announced the arrest of two men, after a house being used as a drive-thru drug distribution site was raided.

Ronell Witherspoon (48) of Charleston and Jordan Walters (22) of Holly Hill were each charged with possession with intent to distribute marijuana, after neighbors complained about the heavy traffic to and from the house, which is in a typically low-traffic area.

Investigators began surveilling the property on the 1700 block of Pineland Street, where they observed people arrive to the property and approach an open window “where it appeared a transaction was being made.”

An undercover agent confirmed suspicions when he “purchased a quantity of marijuana after approaching the window.”

Two customers were ticketed after they admitted to purchasing marijuana.

As a result of the raid, “an estimated $1,800 worth of marijuana packaged in 72 plastic bags, a quantity of cash, drug paraphernalia, and a loaded 9mm pistol” were confiscated.

Why Shares of XPO Logistics Are Up Today

In it for the long haul