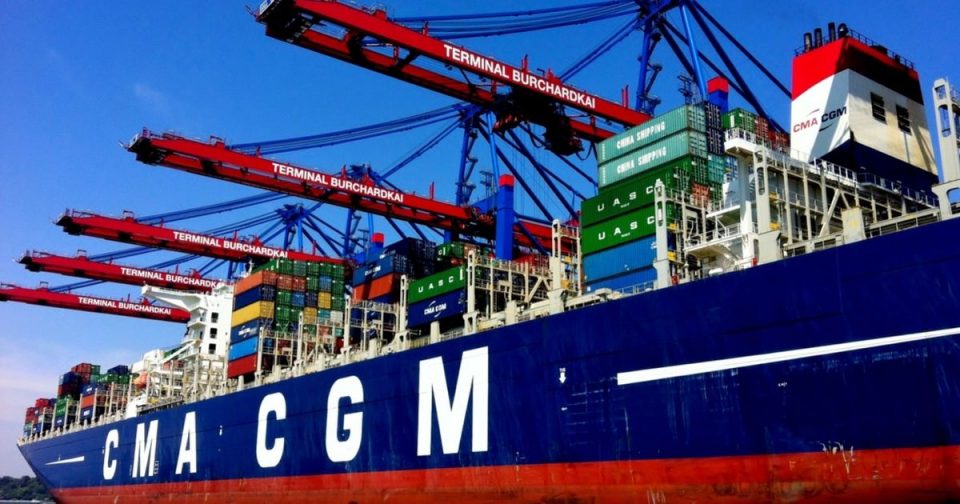 One of the world’s biggest ocean shipping lines, CMA CGM Group, said it will stop transporting plastic waste on its vessels over concerns it could be sent to countries without proper infrastructure to process it.

It’s the first company to announce a global ban on the practice.

In a Feb. 11 statement, the Marseilles, France-based company — which is reportedly the largest shipper of scrap plastic and waste from the United States — said the amount of plastic waste that enters the oceans is projected to triple over the next 20 years.

“With the decision that it will no longer transport plastic waste on board its ships, CMA CGM will prevent this type of waste from being exported to destinations where sorting, recycling or recovery cannot be assured,” the company said. “The group has thus decided to take practical steps where it has the operational capability to do so, heeding the urgent calls made by certain NGOs.”

The Basel Action Network, one of 52 environmental groups that last year launched a campaign the ocean shipping industry to end the practice, said CMA CGM exports about 8,000 containers of plastic waste annually from the U.S. and 50,000 containers globally.

BAN said CMA CGM is the largest shipper of plastic waste from the United States. Environmental groups said it’s the first company to put a global ban in place, with other ocean cargo shippers largely ending transport to China and Hong Kong.

“We applaud this landmark decision by CMA CGM,” said Jan Dell, founder of The Last Beach Cleanup, which put out a joint statement with BAN. “It is the smart and responsible business decision to end the toxic plastic waste trade. Business cannot succeed on a planet choked by plastic pollution.”

“Unfortunately, U.S. exports by truck to Mexico have been surging and will likely go even higher,” Dell said.

She estimated about 20,000 kilograms of waste are sent per ocean-bound shipping container, suggesting that CMA CGM exported about 160 million kilos of waste plastic from the U.S. annually.