Some images of a purported Nvidia RTX 3000 series GPU validation line have been shared online. Originally the images were available on the Chinese Baidu social media platform but were taken down quite quickly. However, thanks to Avery on Twitter and VideoCardz we can still ponder over these images and the various details revealed. 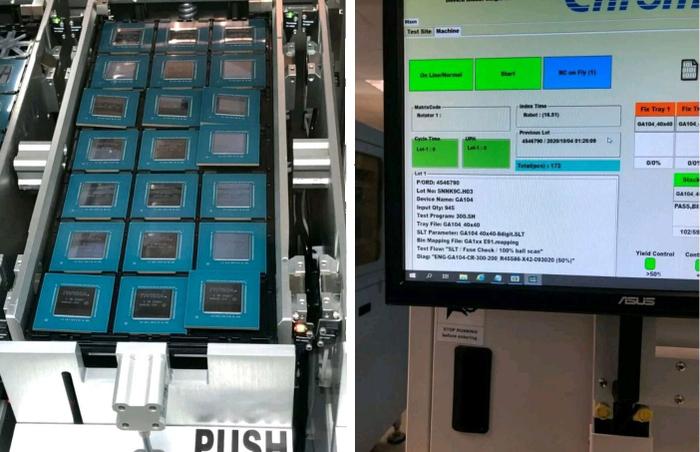 Above you can see a tray of GA104-300 GPUs waiting to pass through their validation phase. Passing through the tests the result will be ‘excellent’, ‘qualified’ or ‘unqualified’, with the latter samples being re-tested before being judged to have failed to make the grade. The ‘GA104-300’ is a GA104 GPU being validated to the 300 spec which will be used for GeForce RTX 3070 graphics cards. VideoCardz reports that the “GA104-300 GPU is a cut-down variant of the GA104-400.” According to the factory validation images source, the testing line pictured is used to validate approximately a thousand GPUs per day. 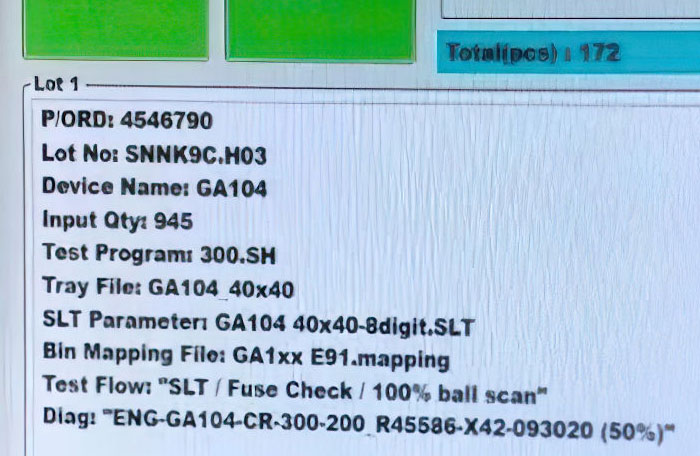 We already have official confirmation that the GeForce RTX 3070 features 5,888 CUDA cores, a boost clock of 1.73GHz, and 8GB of GDDR6 VRAM. Last week Nvidia announced that the RTX 3070 was delayed by a fortnight, in order to have a better stock situation at launch. On the news blog post Nvidia shared an illuminating performance chart comparing the new RTX 3070 directly against the previous gen RTX 2070 and RTX 2080 Ti. 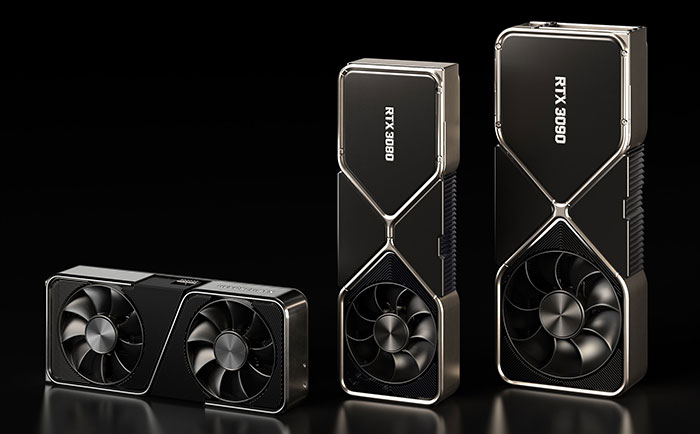 Another photo in the original Baidu post was of a similar machine validating GA102 GPUs. The original poster talked of “tens of thousands” of GA102 being validated this way before they were off to AIBs. Obviously Nvidia and its partners are working hard to pump out RTX 3080 products as there was a significant shortfall of stock, which remains the case.