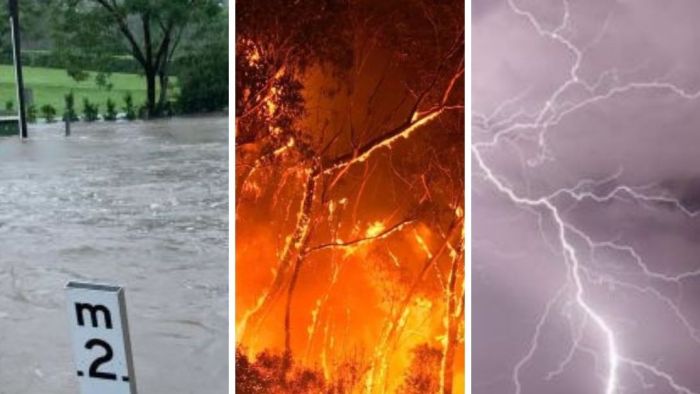 The NSW Rural Fire Service will overhaul its warning systems in line with a national strategy being developed to protect Australians during emergencies.

Similar to the existing alerts by the RFS, the new approach consists of Advice, Watch and Act and Emergency warnings for all disasters, including bushfires, floods, heatwaves, cyclones and storms.

The difference for those in NSW is the colour change for each warning: yellow colour indicates Advice instead of blue and orange is now the colour for Watch and Act.

The RFS has said it would be changing the way it displays fire warnings from early December on both its website and the Fires Near Me app.

The reform comes after a busy weekend for NSW firefighters as heatwave conditions triggered dozens of fires across the state.

The reforms come following a recommendation from the National Natural Disaster Royal Commission that the state and territory governments should urgently deliver and implement the all-hazard Australian Warning System.

The Royal Commission had heard the new system would be introduced by 2022, after work started in 2016.

But the ‘Watch and Act’ level, about which some concern has been raised, remains.

During royal commission proceedings Commissioner Annabelle Bennett questioned the wording of that level and described the slow process of reforming the warning system as “breathtaking”.

“I find it breathtaking that it takes that many years to come up with something where you know there’s confusion,” she said.

“You know that, and yet, year after year, people are being exposed to natural disasters and fires, in particular, where they have no idea what they’re meant to do under this system,” he said.

Global Polyethylene Sourcing and Procurement Report Forecasts the Market to Have an Incremental Spend of USD 39.57 Billion | SpendEdge...