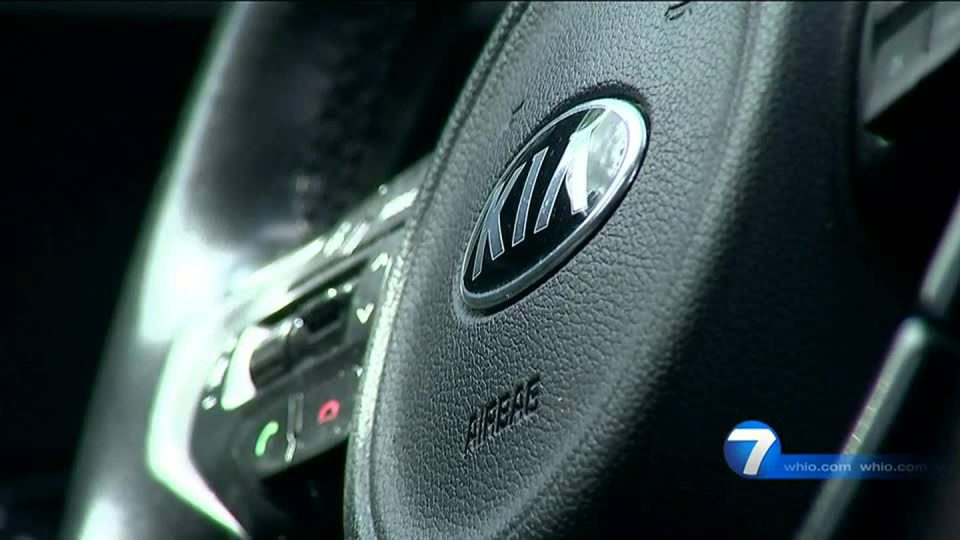 DAYTON — Not only is the TikTok challenge to steal Kia and Hyundai vehicles causing headaches and forced separations between owner and vehicle, a supply chain problem is making reunions seemingly impossible.

Police have recovered some of the stolen vehicles and returned them to their owners, just not in one piece.

The crew at Carl’s Body Shop said it’s the new way to hot wire a car — and it only works on certain Kia and Hyundai brand vehicles. Thieves learned how to do it by watching TikTok — using only a U-S-B cable.

The impound lot at Carl’s Body Shop has never had so many Kias and Hyundais waiting to be repaired — all for the same problem.

“They broke the back window out and then they broke the column and wrecked it,” shop owner Matt Miller told News Center 7′s Haley Kosik.

Miller said, “It’s a design problem and hopefully they’re [the carmakers at Kia and Hyundai] going to get this under control.”

The situation is out of control, he said. There are nearly a dozen Kias and Hyundais at his shop.

“Parts are way back-ordered because there are so many across the country. The supply chain’s still a problem.”

So, owners can do nothing but wait on their cars, which are need of new windows and steering columns. Those repairs can cost in the neighborhood of $1,500 to $2,000, Miller said.

News Center 7′s Kosik spoke with Lois Woods back in August, who said her brand new Kia Seltos SUV had been stolen.

“I walked outside to go to my car to get ready to leave for work and my car drove off in front of me.”

Her car remains in sick bay at Carl’s, waiting for parts.

Miller said all he can do is commiserate.

“But this is what we’re seeing and these poor people that are now without their car because of a TikTok video.”

Dayton police have visited his shop to lift some fingerprints as part of their attempt to identify suspects in what seems like an investigation that won’t end anytime soon.