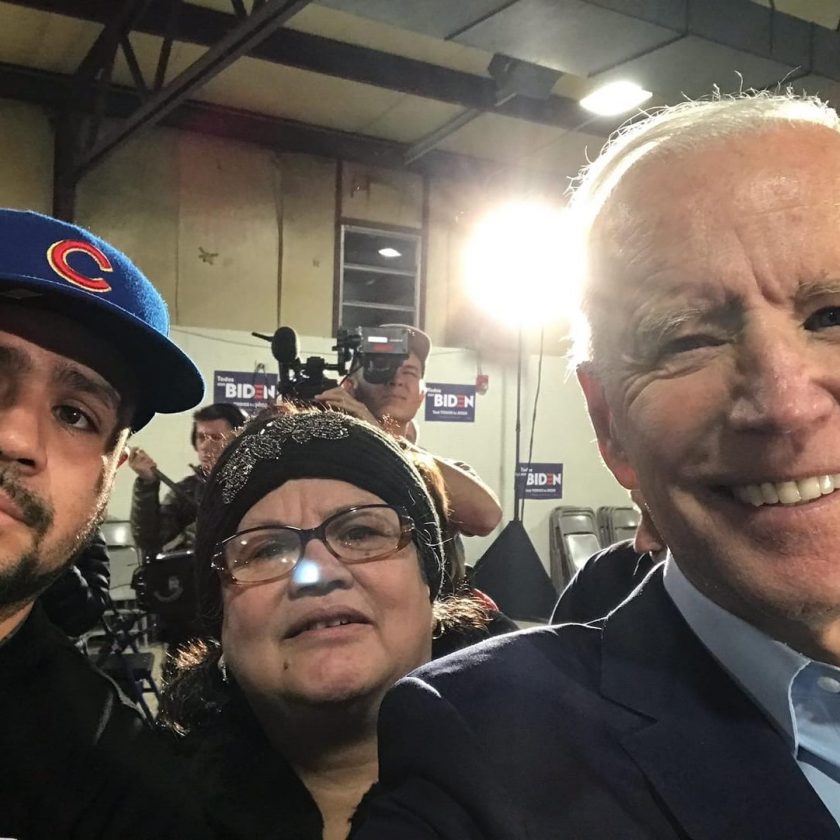 CONTRIBUTED PHOTO — Raymond Correa of Marshalltown, pictured with President-elect Joe Biden during his Marshalltown campaign stop in 2020, is seeking people to join a nonprofit board. Correa is trying to help people with housing.

A new nonprofit organization is being built in response to the impact of recent natural disasters on low-income residents.

Raymond Correa, a 32-year-old general contractor in Marshalltown, is looking for candidates to act as a board of directors for Rural Development and Dilapidated Housing Mitigation. The organization’s mission is to help poverty-level citizens with housing repairs and construction projects.

Correa has been helping Marshalltown residents rebuild after a tornado and then a derecho for more than two years. The contractor has seen first hand how many are struggling to put their homes back together in the wake of these natural disasters.

“I remember large areas in town really that were really run down. Where the upkeep maintenance had fallen second place to people putting food on the table and paying bills — putting needs over wants,” he said. “Now that there’s been all this money put into the community I drive around and look at the state of the community and think, ‘Wow its really made a difference.’”

One of the hurdles people face when an event like the derecho impacts their home is knowing how to get financial help for repairs. 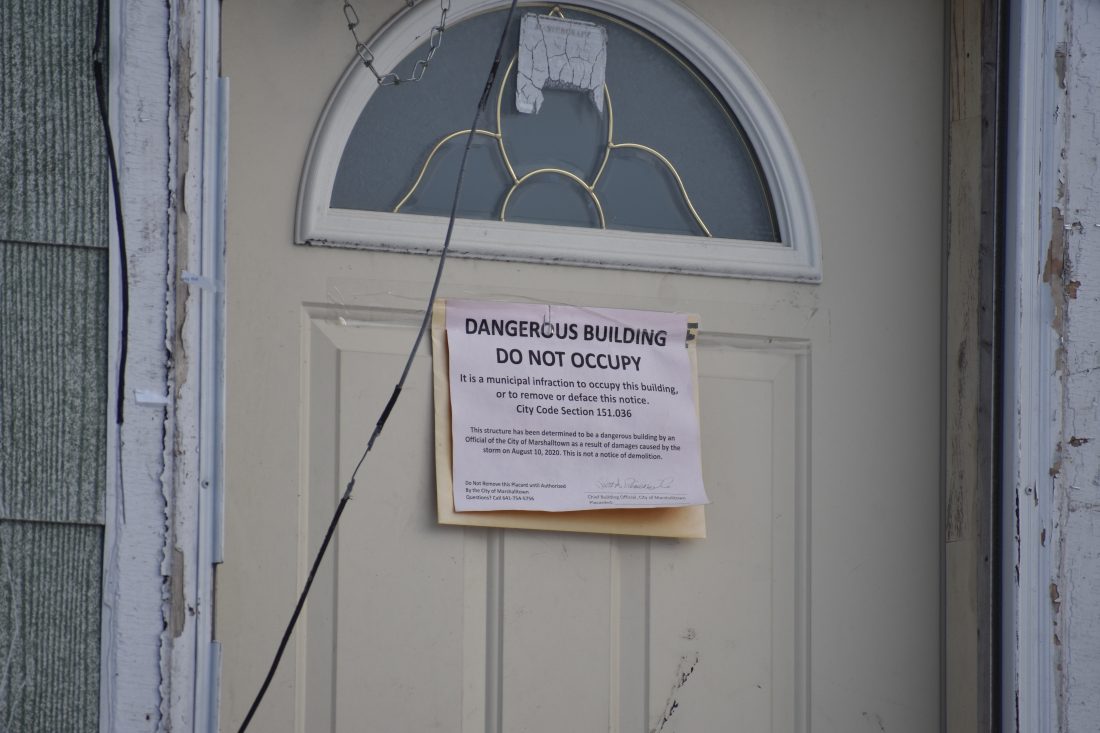 T-R file photo A nonprofit coming to Marshalltown aims at helping people with housing — particularly ones that have been damaged.

“While in the process of doing recovery work as a contractor I ran into a lot of people — quite a bit of them I had to help acquire funding for fixing their houses,” Correa said. “Most are living on fixed incomes. A lot of them are elderly or sick in some way.”

After working with a single father in need of repairs on his roof, Correa began looking into assistance programs. The programs were able to help some people, including the single father, but Correa found many programs are being stretched thin.

Then he started thinking about what he could do to help.

After the derecho, Correa started developing the nonprofit program and submitting paperwork to make it official. He is in the process of getting the organization funded and launched.

The goal of reinvigorating lower-income and under-developed communities through funding construction projects is only one aspect of the organization. Correa also wants to empower people through offering apprenticeships so they can gain skills and experience. He envisions this program will help people earn more and possibly start their own business as contractors.

“The lack of apprenticeships in the community makes it a challenge I had to foresee and overcome ahead of time,” he said. “We need to get this first group going. Hire people from here. Then they can have their own apprentices and continue to build other areas.”

While Correa is intimately aware of the needs in Marshalltown, he is determined to grow the organization to the point where it helps other communities in similar situations.

“My sister lives in Cedar Rapids and they’re constantly assessing the community there. She says there are hundreds of houses that need roofs done,” he said. “Sometimes their insurance refuses to have work done or they don’t know how to apply for funding from federal resources like FEMA.”

“What I’ve found is there are people that want to do the work and make the money but federal paperwork is complicated,” he added. “There are people who are artists as building a house but when it comes to paperwork it eludes them.”

State and federal funding will be key in getting the organization started but Correa hopes to implement a model which will become self-sustaining down the road.

Correa is looking for an inclusive group of board members to help represent the communities the organization will serve. He said ‘inclusive’ does not only mean representation by race, but also age. He’s already made contact with some candidates but is looking for as many as six more.

T-R file photo A nonprofit coming to Marshalltown aims at helping people with housing — particularly ones that have been damaged.

CONTRIBUTED PHOTO — Raymond Correa of Marshalltown, pictured with President-elect Joe Biden during his Marshalltown campaign stop in 2020, is seeking people to join a nonprofit board. Correa is trying to help people with housing.

In-Person Campaigning Can Be Dangerous In a Pandemic. Wisconsin Politicians Are Finding Ways To Do it Anyway.