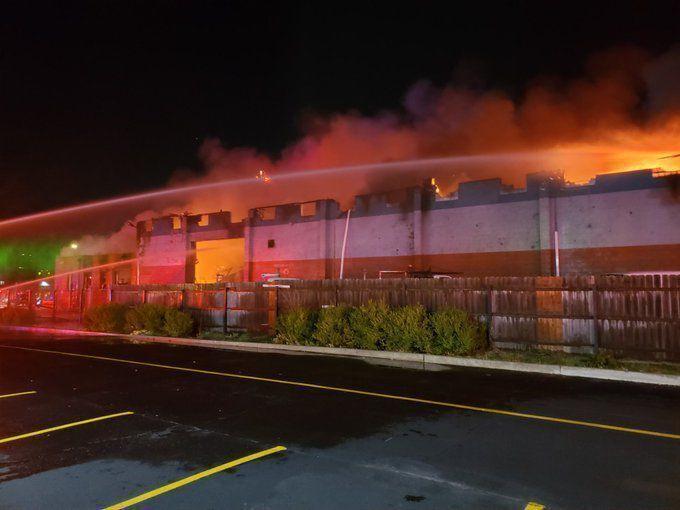 CHICAGO — A massive fire broke out late Wednesday at a factory in the city’s Hegewisch neighborhood, but no one was injured, officials said.

Firefighters were called to the extra-alarm fire before 10 p.m. after the building, located at 11909 S. Ave. O., caught fire, causing huge flames and thick smoke to fly into the air, NBC 5 Chicago reported.

Flames and smoke were visible from several miles away, NBC 5 reported.

Crews knocked out the fire by about 11 p.m., with no injuries reported, the Chicago Fire Department tweeted.

The Chicago Fire Department was not immediately available Friday to provide updates.

Check nwi.com for updates to this story.