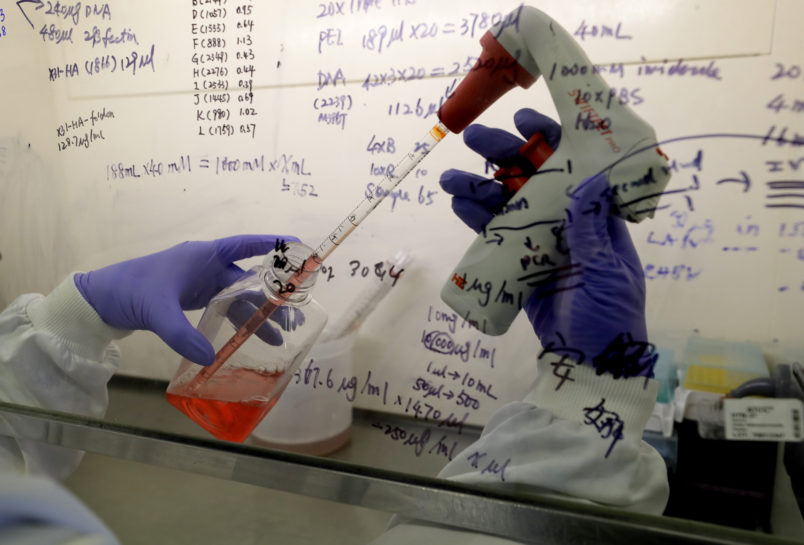 President Trump’s decision to blow up talks over a relief package will deprive the COVID-19 vaccine distribution effort of billions of dollars in needed funds.

It dashes hopes for $6 billion that the Centers for Disease Control says it needs to distribute the vaccine, along with billions more requested to fund other parts of the herculean effort to get a vaccine to every American.

CDC Director Dr. Robert Redfield told a Senate appropriations subcommittee last month that his agency does not have the $6 billion it needs to distribute the vaccine.

“We need to get resources to states now,” Redfield told Sen. Roy Blunt (R-MO). “It’s going to take somewhere between $5.5 [billion] to $6 billion to distribute this vaccine.”

“It’s as urgent as getting these manufacturing facilities up,” he added, referring to the factories that actually make the vaccine. Redfield said that the CDC had around $600 million to spend on distributing the vaccine without additional funding, but added that the agency does not have the resources “to get this plan operational, so to me it’s an urgency.”

Senate Republicans had supported the funding, including it in their vote last month on a relief bill that Democrats deemed as far too small to match the scale of catastrophe that currently faces the country.

Trump appeared to demolish the talks around COVID-19 relief with a series of mid-afternoon tweets in which he announced that he was walking away from the table.

Nancy Pelosi is asking for $2.4 Trillion Dollars to bailout poorly run, high crime, Democrat States, money that is in no way related to COVID-19. We made a very generous offer of $1.6 Trillion Dollars and, as usual, she is not negotiating in good faith. I am rejecting their…

Senate Majority Leader Sen. Mitch McConnell (R-KY) used the funding in September 10 remarks as a bludgeon against Democrats voting against the the otherwise meager relief legislation.

“They’re going to vote against finding and distributing vaccines because they are afraid the breakthrough that our nation is praying for might possibly help President Trump,” McConnell said in the remarks.

It’s not clear that the $6 billion the CDC says it needs would even be close to enough to effectively and quickly distribute the vaccine.

At the September hearing, Sen. Blunt referred to “another $20 billion that [HHS] doesn’t have in any specifically appropriated line” in order to have 300 million doses of vaccine available for the entire U.S. population.

Separately, states and local public health officials have been pushing for more federal funding to distribute the vaccine, saying that requirements like cold storage for doses and follow-up monitoring for vaccine recipients mean states need at least $8.4 billion from Congress.