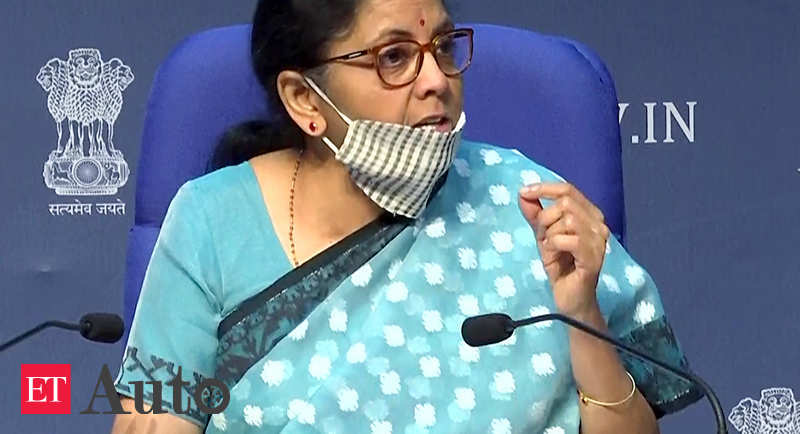 New Delhi: Finance Minister Nirmala Sitharaman on Friday said taxpayers are nation-builders and the government would come out with a charter of rights for them. The minister also said the government has taken several measures towards simplification, improving transparency and moderation in rates as part of efforts to bring in ease for honest taxpayers.

“So I’m so happy that we are part of a government being led by a Prime Minister who honestly thinks the Indian taxpayer needs to be served better. And one of the announcements, which of course I made and I shall not elaborate on it now, is to give the Indian taxpayer a charter of its rights,” she said.

There are only a few countries in the world, like Australia, the UK and US, where there is a Charter of Rights for the taxpayer, she said.

“It clearly states this obligation towards the nation as much as clearly pronouncing the rights. We are attempting that. I had announced it as a part of the Atmanirbhar campaign. We are very keen to provide to taxpayers Charter of Rights. We shall be coming with that,” Sitharaman said.

The Budget had announced a taxpayers’ charter, which is expected to have statutory status and it will empower citizens by ensuring time-bound services by the Income Tax Department.

They help government after government to carry forward social welfare programmes which are absolutely critical for the livelihoods of the poorest of the poor, she said.

The Prime Minister has made it very clear that this country has to make tax simple and easy for compliance for taxpayers, she said.

To fulfil this objective, the government has introduced faceless assessment, reduction in scrutiny and pre-filled tax form, among others.

“In September 2019, we took a major step to bring down the corporate tax, and even then and now too India stands as one of those countries where we have the lowest of rates and also the corporate tax methodology itself has been so simplified, that there are no exemptions, there are no benefits,” she said.

“As per the National Judicial Data Grid, somewhere around 3 crore cases are pending in one court or another. If you take high courts and Supreme Court, we have over 45 lakh cases that are pending…

“Typically case takes 4-5 years for resolution and normally 40 per cent of the total disputed settlement is already spent during this period but if you take into account the time value of money, almost 100 per cent is gone.

“From a corporate sector point of view, the estimated number is around Rs 45,000 crore per annum. So I think it’s a huge overhead, huge spend, huge inefficiency which needs to be addressed. At this time, a subject like alternative dispute resolution or ADR is something that can make an enormous difference,” he said.

Modalities and systems are required to give confidence to both the disagreeing parties that a settlement or judgement can happen with little or no litigation, Chandrasekaran added.

To fasten the corporate dispute resolution process, Sitharaman said the government is making an effort to make India an international arbitration hub which will be able to deal with all those Indian corporate disputes which are going to Singapore or London for resolution.

“So if India’s arbitrations skills, if lawyers who are trained for arbitration, if Indian legal system is adequately funded and resourced, we will be one of the good arbitration hubs,” she said.

The law is part of the government’s efforts to encourage institutional arbitration for settlement of disputes and make India a centre of robust alternative dispute resolution mechanism.

A large number of arbitration cases are conducted in countries such as Singapore, the UK and France. Commercial disputes have increased manifold due to globalisation, industrialisation and liberalisation.

Boxville Has Grown From 1 Shipping Container To 22 In Its First 5 Years. Here’s What New For The Innovative Market This Season