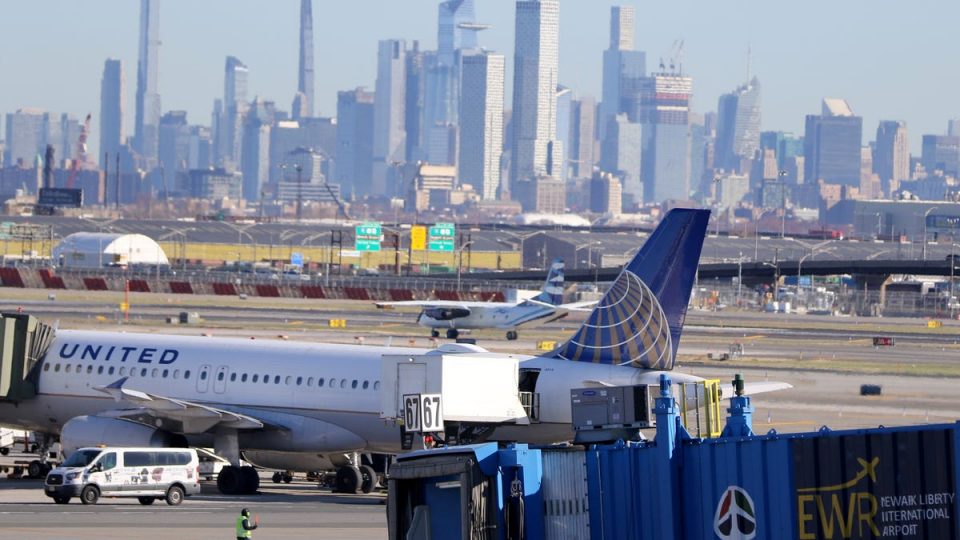 The ribbon-cutting of a new Terminal A facility at Newark Liberty International Airport is being pushed back several months as construction wraps up this year.

“There have been supply chain issues, COVID issues, we’re combating a number of elements,” said Kevin O’Toole, chairman of the Port Authority of New York and New Jersey, which owns Newark, La Guardia and JFK airports. “It’s coming together but we’re not going to open it prematurely and not have all the systems tested, when it opens — and you’ll hear about that in the very near future, before the end of the year — I think everybody will be astonished and amazed.”

Construction of the $2.7 billion project began in 2018. Twenty-one gates at the new Terminal A will open first, and be followed 9-12 months later by the remaining 12 gates slated for the new facility.

Also behind schedule are plans to replace the AirTrain that serves Newark airport.

“The bids were out, as you are aware, and the numbers came back, for a variety of reasons, higher than anticipated,” O’Toole said after the Port Authority’s board meeting Thursday. “We’re working internally to see what we can do to make it a more competitive bid. We are determined to replace AirTrain and, again, you’ll hear more about that in the near future, but it will get done.”

The AirTrain replacement is estimated to cost more than $2 billion.

Planning for a new Terminal B at Newark airport is underway, and will not be hindered, O’Toole said.

At the start of the pandemic and as agencies, like the Port Authority, began to see revenue losses while travel was restricted, concerns were raised that projects in the capital plan that were not yet in construction might get canceled or significantly delayed.

O’Toole said they are moving ahead with the full restoration of Newark airport, which has developed a reputation over the years for long security lines, crowding and unglamorous facilities and amenities.

“There was some slowdown and some of the work, we’ve had to extend the shelf life of some of the construction during COVID because of a revenue downturn, but we are fully moving ahead and studying Terminal B as a part … a master plan with regard to the entire Newark airport,” O’Toole said.