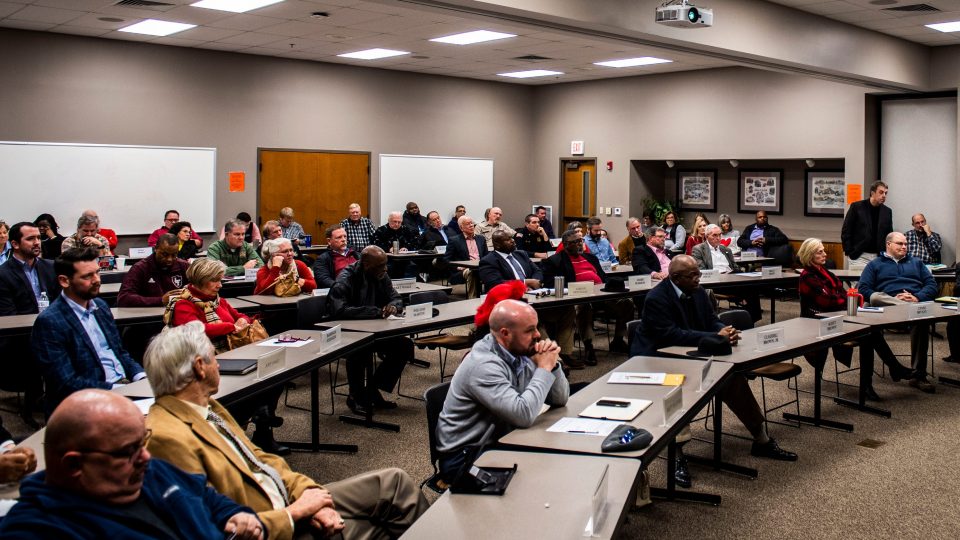 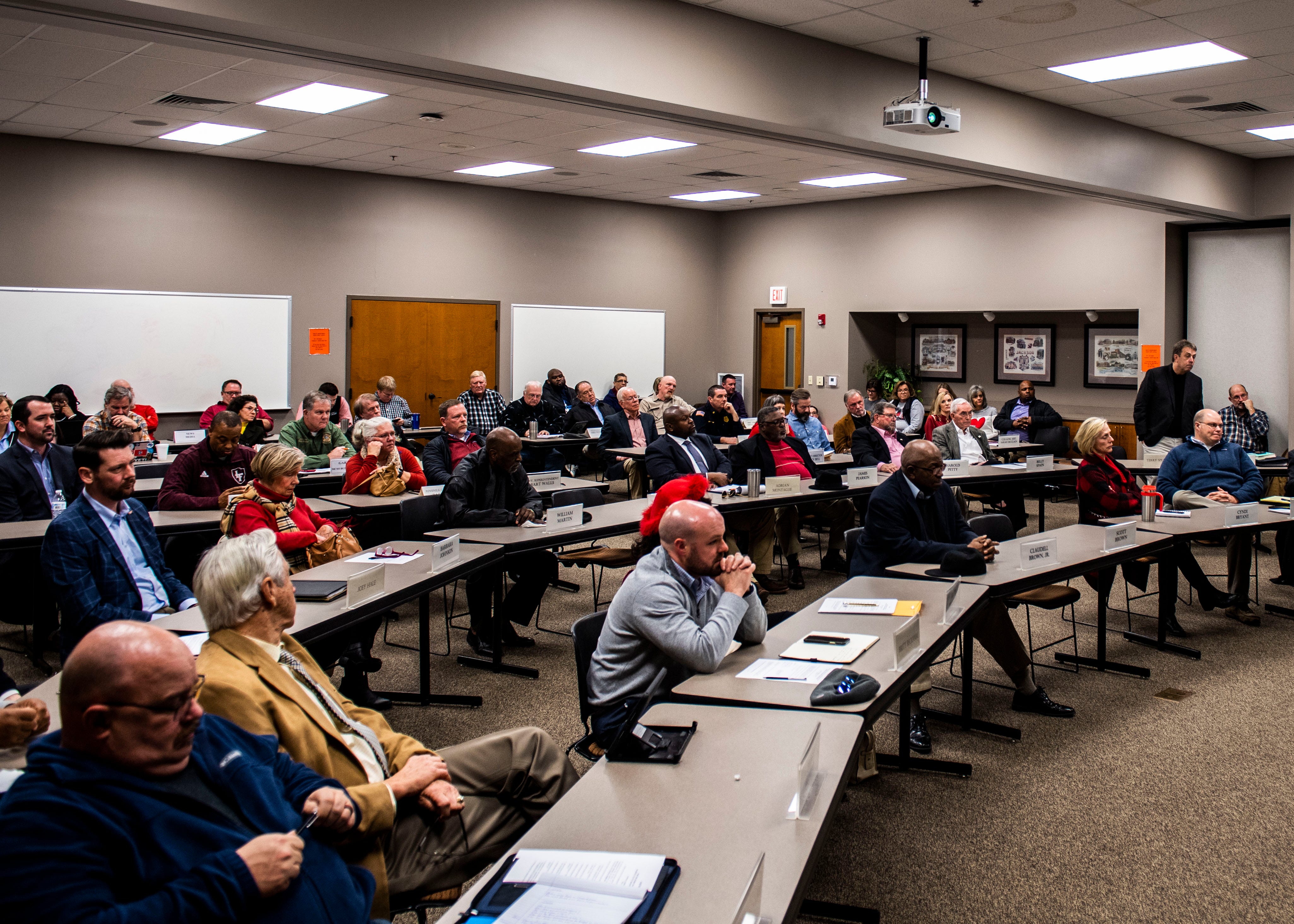 Those same problems still exist this year, and those involved have resigned to their respective corners.

“We don’t want to litigate this issue in the press,” Madison County Sheriff John Mehr (R) said. “We’ve got our position and the county has its position.”

The disagreement dates back to July 2018 – the beginning of the county’s 2019 fiscal year — when Mehr requested a $23 million budget and received $21.4 million. Over the following months Mehr brought budget amendment after budget amendment before the commission, drawing nearly $800,000 from the county’s reserve fund.

Mehr said in March 2019 that had the commission given him the budget he originally requested, the department wouldn’t have to keep submitting amendments. That month marked the first time the county commission would deny one of the amendments.

Following the denial Mehr asked the commission for a $25 million budget for the 2020 fiscal year; the commission gave him $22.2 million. Mehr sued the county a month later, saying he needed the full amount requested to run his department. 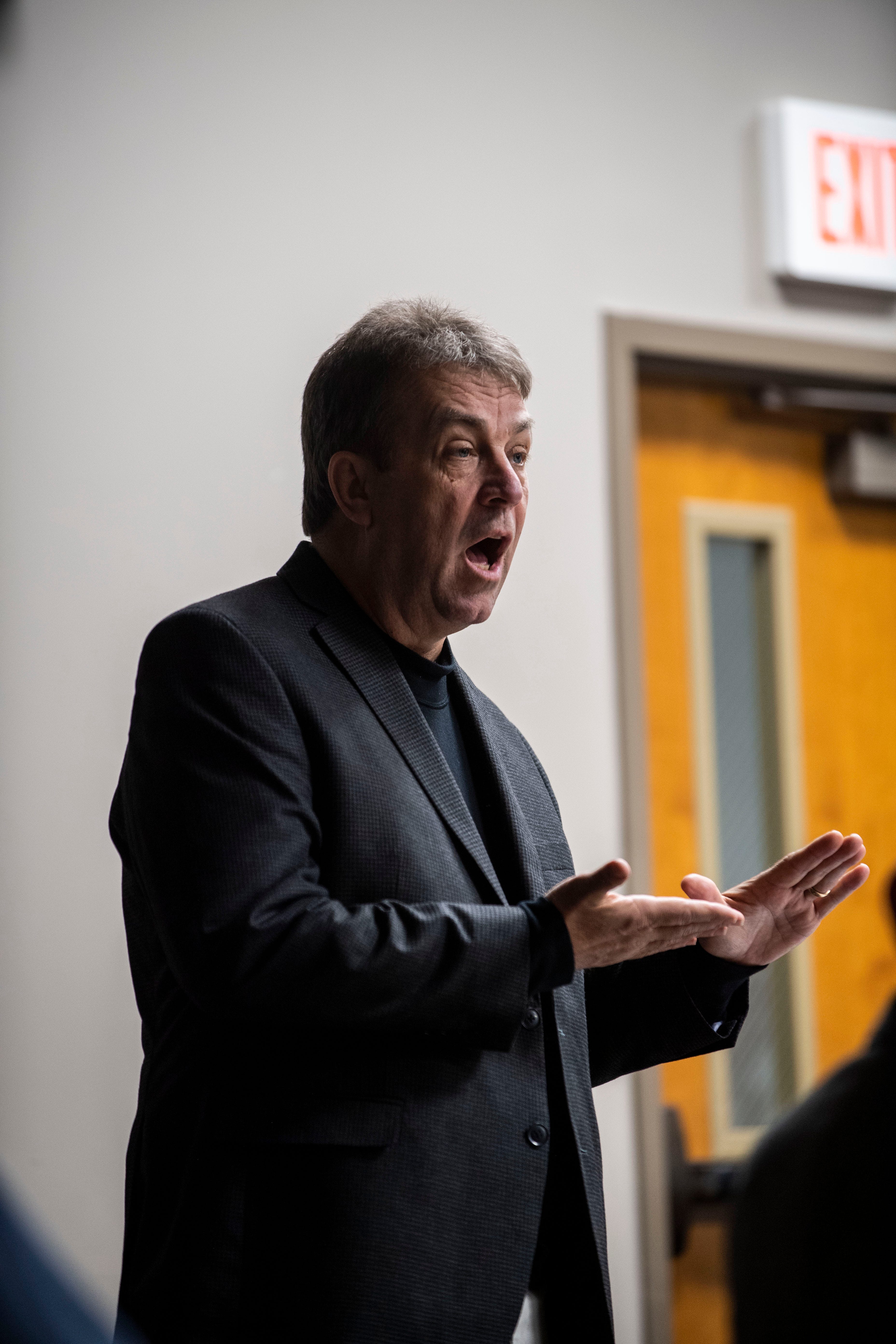 The county’s budget committee cited four reasons for not denying the sheriff’s full amount for the 2020 fiscal year:

That lawsuit is ongoing, with the hearing date delayed until late 2020.

The budget committee’s points of contention have not changed, but the financial picture has worsened. The committee is currently projecting a 25% loss in tax revenue due to the coronavirus and the economic recession that could follow.

The county recently asked the school district to cut its budget by $10 million.

“We’re slashing the budget which is upsetting people because the last thing we can do is ask county taxpayers to pay more taxes during this,” Madison County Mayor Jimmy Harris (R) said.

Mehr returned to the committee once again during budget hearings in early May, asking for a $25 million budget for the 2021 fiscal year. Budget committee chairman Doug Stephenson said the request “wasn’t unexpected.”

Stephenson added that if the sheriff were to win his lawsuit, therefore receiving an additional $6 million, the county would have to raise property taxes.

Mehr dismissed this argument, claiming he needed the funds to cover rising costs at the jail and increase employee pay in order to retain officers.

“[The commission] would like to blame everything on the sheriff’s office, but that isn’t true,” Mehr said. 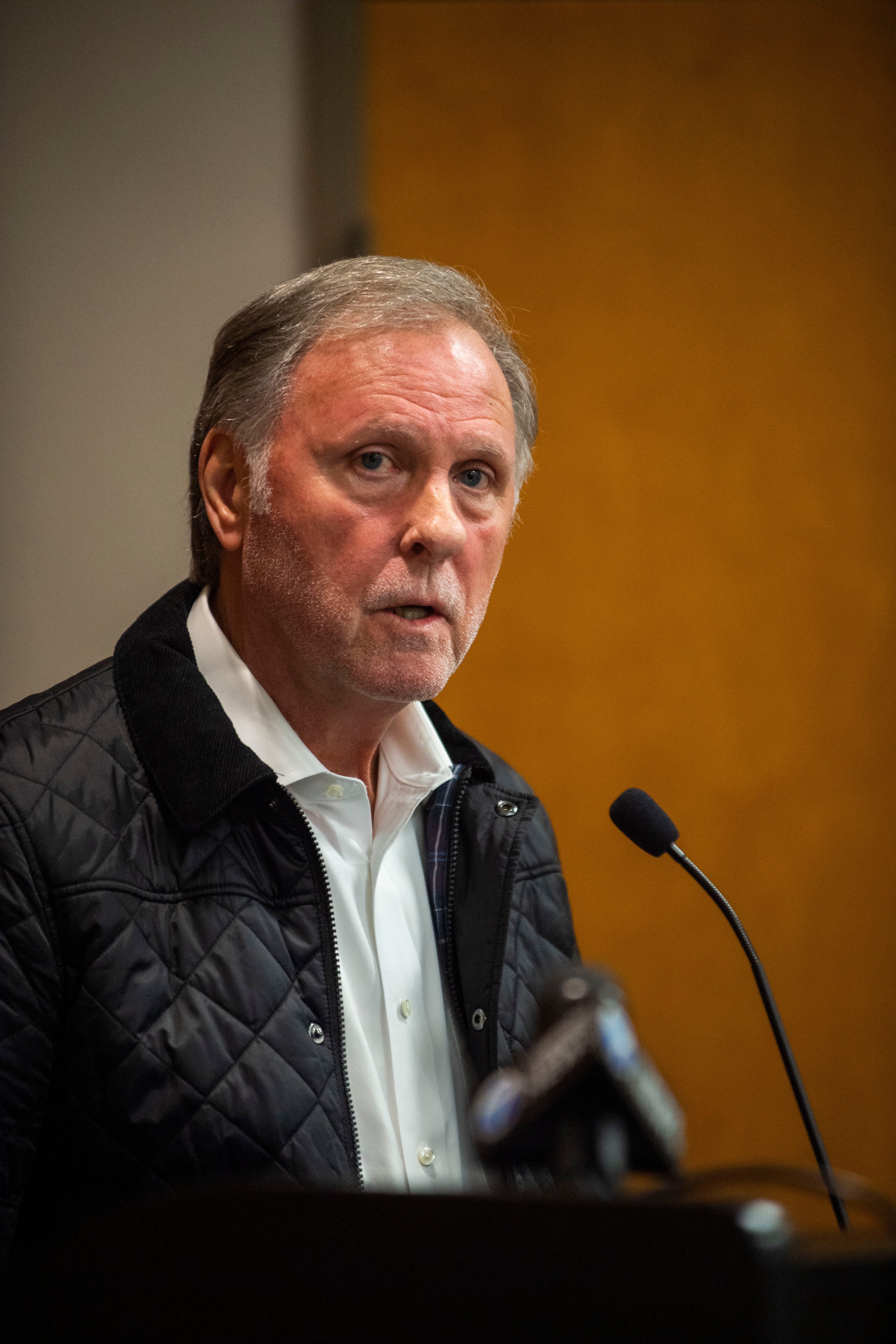 Mayor of Madison County Jimmy Harris share information to the public about new updates on the novel coronavirus, Monday, March 23, 2020 in Jackson, Tenn., at Jackson- Madison County Regional Health Department as well as other local leaders on behalf of their plans for the city and county. (Photo: Stephanie Amador / The Jackson Sun)

Through a public record request, the Jackson Sun was able to obtain all overtime logs from the sheriff’s office for 2019.

Records show between January 1, 2019 and December 31, 2019, the department approved over 35,000 hours worth of overtime — costing taxpayers $1.07 million for the 247 employees in the four departments the sheriff manages.

Mehr said the department is short-staffed and requires a certain number of deputies each shift for patrol and the jail. The extra overtime, he said, fills that gap.

“We watch our overtime, but someone has to fill those shifts,” he continued.

Overtime Pay: ‘He could have died;’ MCSO debated overtime pay while a juvenile waited for medical care

At least 109 sheriff department employees worked at least 100 hours of overtime in 2019.

“We have an IT director in the county already,” he added. 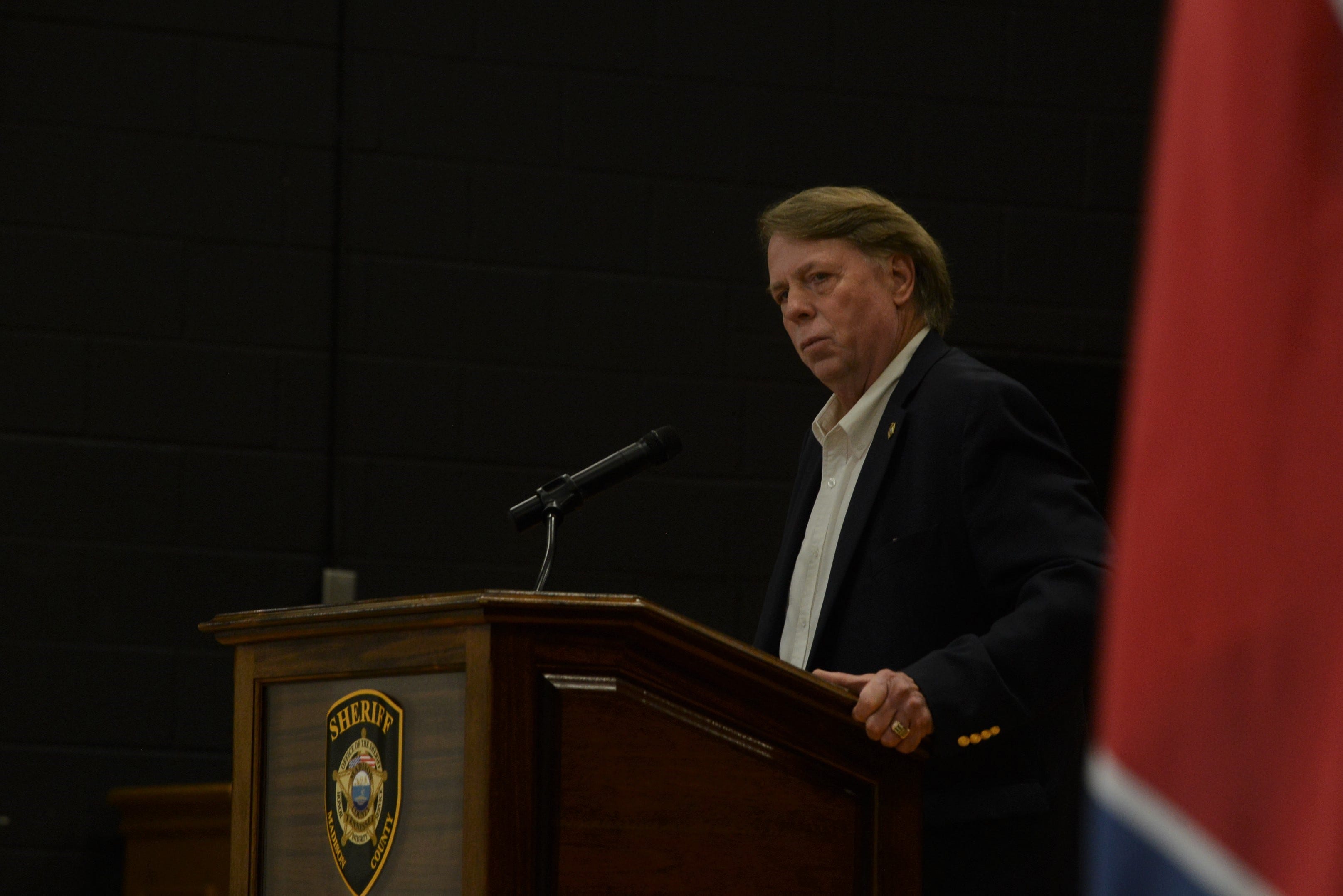 Expanded the sheriff’s office beyond peacekeeping

A 2018 study by the University of Tennessee County Technical Advisory Service said the sheriff’s four main duties are attending courts, serving the court documents, operating the jail and “keeping the peace.”

“If you look at it, the sheriff’s department has really evolved under Mehr,” Harris said. “It’s become much more of ‘policing’ type department than what it was intended to do.”

The policing function can been directly seen though the increase in arrests throughout Mehr’s time in office. The department made nearly 1,000 more arrests in 2018 than 2013, the year before Mehr became sheriff.

Mehr said these arrests are important to keep people safe.

“It’s whether you want the crime rate to increase or you want people in jail,” he added.

The county commission will have to approve a budget by June 30. Stephenson said he expects the sheriff to sue the county again for his additional money.

Stephenson had previously asked all departments to cut budgets by 3% and have plans in place to cut them by up to 30%.

The plan, according to Stephenson, is to reduce the sheriff’s budget even more, cutting 3% from last year’s down to $21.5 million.

How might climate change affect the spread of viruses?