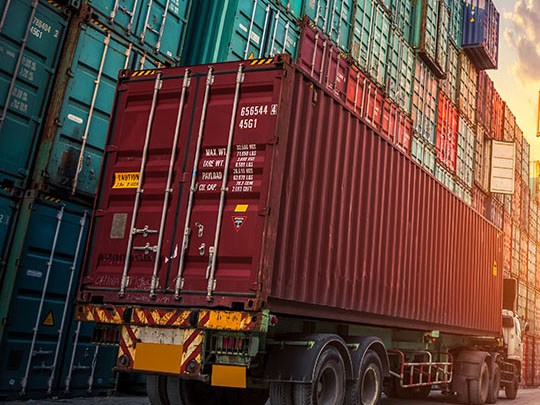 Transport and trade groups have renewed calls for container detention charges to be curtailed in the face of the Sydney container logistics chain’s continuing congestion spasm.

Though it is accepted that the root cause is the back-up of empty containers due to recent industrial action at Port Botany stevedores, Freight & Trade Alliance (FTA) and Container Transport Alliance Australia (CTAA) charge that containership operators (shipping lines) who have control over many empty container parks (ECPs) and the ships needed to evacuate the empties are missing in action when solutions are needed.

Worse, they are said to be financially punishing the victims of a situation they had a part in creating through earlier inaction.

“In an environment of significantly increased freight rates and a dearth of container capacity in major Asian ports, the exorbitant surcharges and container detention penalties being levied by international shipping lines are unduly impacting Australian businesses faced with a deep economic recession,” the groups say.

“Incredibly, rather than offering some form of compensation due to the backlog of empties clogging empty container park facilities and no capacity to accept more, shipping lines are continuing to impose container detention penalties on importers for failing to return empty containers within prescribed periods.”

The problem has mounted over the last 12 months, they add, arguing that, NSW Ports’ publicly available statistics reveal in the months of September through to December 2019, total imports through Port Botany were 462,390 TEU (twenty foot equivalent units) compared to total exports of 446,351 TEU, meaning an imbalance in excess of 16,000 TEU.

The goups say this means, shipping lines were not evacuating enough empty containers out of Port Botany even before the Covid-19 pandemic struck or the current level of industrial action on the Sydney waterfront affected stevedore terminal operations.

They note that Chinese New Year in late January 2020 was followed by a period of lock down in many Asian regions due to Covid-19, affecting freight movements and resulting in a high number of ‘blank sailings’.

Read how the alarm was raised on the container congestion crisis, here

Adding to the glut of empty containers already building up prior to 2020, in excess of 30,000 TEU more came in through Port Botany than were exported during May, June and July 2020, with this trend continuing as shipping lines minimise the use of ‘sweeper’ vessels to evacuate the surplus empty containers.

FTA and CTAA are both representatives on the Transport for NSW Empty Container Working Group (ECWG).

While much work is being done in this forum, the results will deliver longer term solutions and are unlikely to offer immediate fixes.

CTAA director Neil Chambers notes that Transport for NSW is working with industry to review what additional land or facilities may be available for empty container park use.

“Whist this is a positive initiative, it’s hard to see how such services could be quickly deployed.” Chambers says.

“In the interim, shipping lines should bear some of the weight, both financial and operational, that has been imposed on transport companies, importers and exporters in these exceptional times.”

FTA APSA secretariat Paul Zalai believes it is time for a blanket waiver of container detention penalties in Port Botany until such time as shipping lines can evacuate sufficient containers to ease congestion.

“It is time for international shipping lines to stand up and be a part of the solution and not use this predicament as a means of recovering operating costs to sustain record profits,” Zalai says.

“These shipping line-imposed fees are clearly being used to cover the consequences of poor planning, operational inefficiency and strategic inertia in the knowledge that ‘the customer will pay’.”

International containership operators, represented domestically by Shipping Australia Ltd (SAL), refuse to countenance that they have any part to play in easing the situation.

“It’s a simple fact that industrial action has induced a backlog of congestion at Port Botany and to a lesser extent other capital city ports,” SAL says.

“Congestion wastes money and disrupts operations in a multitude of ways.  It logically follows that, until the backlog of congestion is gone, there will be increased costs and disruption in the supply chain.

“Ocean container shipping companies have adapted their commercial offerings to the situation.

“Given that there are at least 15 different ocean container shipping services into/out of Australia, shippers have a choice of providers and can choose what offerings to accept.

On the issue of stranded empty containers causing landside gridlock, SAL insists that its members cannot remove them due to the congestion that is causing a lack of berth slots for ‘sweeper vessels’ to evacuate them.

“Currently we are aware that some terminals are providing scheduled vessels with some limited extra time alongside to embark additional empty containers,” it says.

“But in the current environment, there is no point demanding sweeper vessels call in Sydney.

“Why? Because it is next to impossible to berth sweepers at Sydney because of congestion.

“Congestion will have to be worked through before sweepers can call. It’s just as simple as that.

“On a positive note there are some signs that this may change in the next month at one terminal at least.”

SAL says its members reject outright accusations elsewhere of ‘double-dipping’, whereby they gain penalties from both stevedores and from others in the container chain, calling them “fake news”.