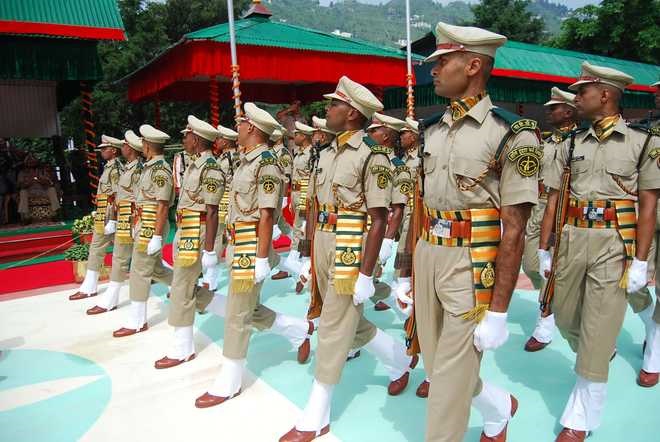 With additional posts being approved in the Indo-Tibetan Border Police (ITBP) following a cadre review, officers will have to undergo a mandatory pre-promotion course before being elevated to newly created posts at the apex level.

According to ITBP sources, cadre officers of the rank of Inspector General (equivalent to major general in the army), who would be promoted as Additional Director General (ADG) will be required to undergo a training programme before assuming their new responsibilities.

“The Training Directorate at ITBP headquarters has been tasked to formulate the new course as promotion rules for ADG make it compulsory to attend such a course,” a senior officer said. “The contents of the course would include aspects pertaining to geo-strategic environment, operations, administration, human resources and material management as well as aspects pertaining to the government’s rules of business, inter-department coordination and policy formulation,” he added.

In October 2019, the union cabinet had approved the ITBP’s cadre review, creating two new posts of ADG for ITBP officers. At present, the single post of ADG at ITBP headquarters is held by an officer on deputation from the Indian Police Service (IPS).

While the Director General of all Central Armed Police Forces (CAPFs) under the Ministry of Home Affairs is an IPS officer, other higher level posts are tenable by a mix of IPS and cadre officers. Till now, cadre officers could only reach up to the level of IG.

IPS officers being deputed to CAPFs has been a bone of contention, with cadre officers pointing out that this had led to promotional avenues being restricted, thereby resulting in stagnation. Parliament’s Standing Committee on Home Affairs has also raised this issue and recommended that the deputation of IPS officers be reduced.