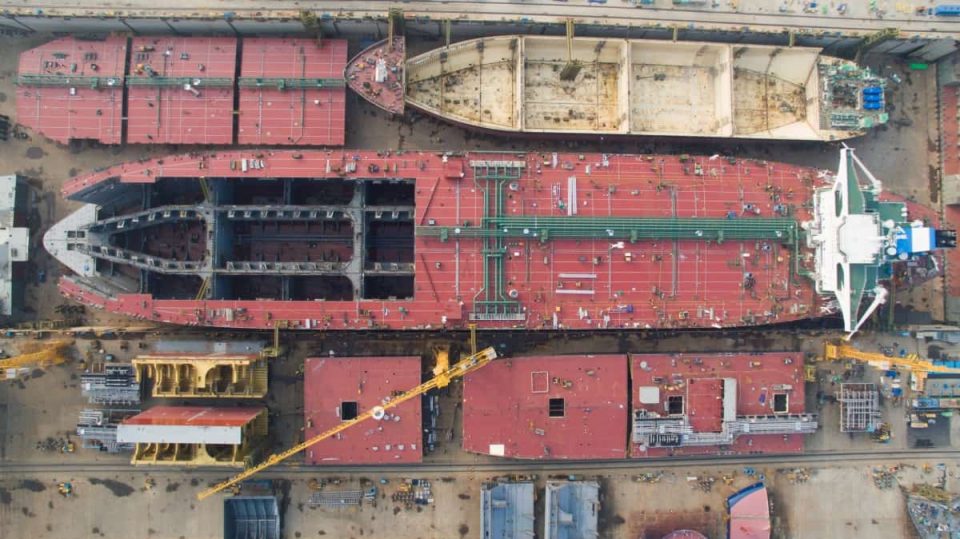 What will the next decade bring for the notoriously unpredictable world of ocean shipping?

The bull case is that shipyard orderbooks have fallen to multi-decade lows because owners don’t want to buy 25-year assets until they know the decarbonization rules. As regulatory risks continue to artificially constrain orders, cargo demand growth will outpace vessel supply. Rates will surge.

The counterargument is that regulatory fears are not the biggest reason orders are so low. The biggest reason is that shipowners — particularly in the wake of COVID — fear a demand-crushing global economic crisis in the years ahead.

In this version of the future, owners abstain from new ship contracts. But even so, there’s less cargo demand than vessel capacity when the global crisis hits. Rates fall.

Needless to say, it makes a lot more sense for a shipping CEO, particularly a CEO of a public company, to highlight the decarbonization headwind to new vessel supply. Not economic fears. But what are shipping leaders really thinking?

And the survey says …

The annual Global Maritime Issues survey released by the Global Maritime Forum (GMF) on Tuesday, provides a clue. If you want a high-level view of the industry, this is it. Over 200 decision-makers responded; about half were shipowners and more than half were CEOs. The GMF conducts the survey in cooperation with risk adviser Marsh and the International Union of Marine Insurance.

Respondents ranked which issues they believe would have the biggest impact over the next decade. They also judged the most likely to occur and industy preparedness.

This is the third year of the survey. Each year, “global economic crisis” has topped the impact ranking. And each year, respondents have deemed it more likely to happen than in the previous survey.

The survey publishes an “issues map” to visually display shipping’s concerns. The map shows impact on a scale of 1-4 on the vertical axis; likelihood from 1-4 on the horizontal axis. The size and color of the plot point portray preparedness. A big red dot represents “least prepared,” a small green dot “most prepared,” with a medium-size yellow dot in the middle.

The bigger the red dot and the closer it sits to the upper-right corner, the more shipowners are afraid. In 2018, the dot representing “global economic crisis” was big and to the top. But respondents considered “cyber-attacks and data theft” much more likely.

The 2019 map was much different. The economic-crisis marker grew bigger and moved to the right (i.e., more likely). Other issues, such as decarbonization and fuel-price increases, came to the fore, while concerns over cyberattacks were down.

The newly released 2020 map shows a major shift in sentiment. The economic-crisis marker shifted far to the right on the likelihood axis and up even further on the impact axis. Pandemics were added to the risk landscape, and the big fear in 2018 — cyberattacks — dropped further in the rankings. In addition, respondents saw a higher likelihood of insufficient access to ship finance.

To put economic concerns in numerical terms, survey respondents’ view of the likelihood of a global economic crisis in the next 10 years increased from 2.88 on a scale of 1-4 in 2018 to 3.59 this year. T

The survey was conducted between late April and June, and respondent commentaries were collected between June and August. That timing — in the middle of a pandemic — heavily swayed the answers.

“An overwhelming majority, 93%, said the pandemic made a global economic crisis much more likely,” noted Marcus Baker, global specialty head of marine and cargo at Marsh, during a web presentation on the results Tuesday.

Comments from respondents pointed to the likelihood of “more bankruptcies, consolidations, scrapping of older tonnage and a lower rate of newbuildings,” he said.

Even if owners wanted to order ships, they would have more difficulty finding the money to do so. “When we talked about [lack of] access to finance, almost half of our respondents said that was more likely compared to last year,” said Baker.

But what if economic crises and pandemics leave shipowners unable to pay for the design upgrades and new fuels they need to decarbonize? What if the governments and major cargo interests that will have to bear the higher transport costs of “clean” ocean shipping don’t agree to the rules — because they’re in the midst of economic or geopolitical crises?

According to GMF Head of Research Kasper Søgaard, “The answers were quite split. On the negative side, concerns were raised about whether there will be a lack of resources in an economic crisis to invest in cleaner ships and new fuels.

“But there were others who noted the potential to align the need to invest, especially on the government side to create economic activity, with the need to build a more sustainable shipping industry and support the decarbonization of shipping.

“It’s a mixed picture. On one hand, if our industry is making less money and needs to deal with the urgent issue of the day, will we have the capital and long-term investment horizon to make these investments?

“On the positive side, pressure seems to be growing in terms of decarbonization in the financial sector, from customers and from governments. So, there may be an opportunity to actually accelerate this.

“Time will tell,” said Søgaard. “Both views are out there. But there is definitely not a sense that this [decarbonization] is becoming any less important. On the contrary.” Click for more FreightWaves/American Shipper articles by Greg Miller