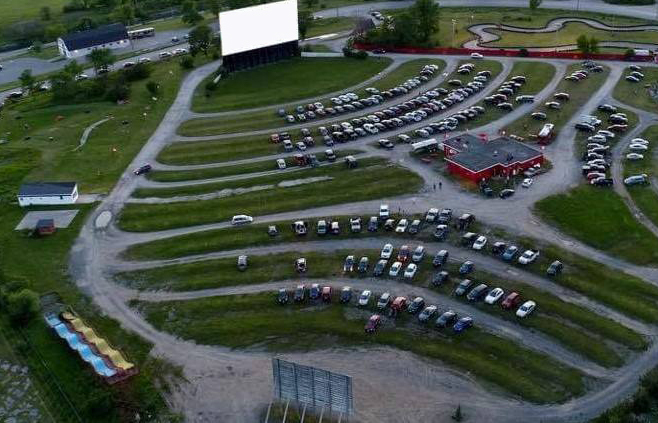 The new owner of the old Family Fun World amusement park and drive-in theatre property on Mcadoo’s lane is applying to the City Of Kingston to convert the site into an auto wrecker and metal recycling yard, according to City records.

The longtime owners and operators of Family Fun World, the Wannemacher family, sold the property at 1533 McAdoo’s Lane in October of 2019 to a then-undisclosed numbered company.

Applications for Official Plan Amendment and Zoning By-Law Amendment have now been submitted by planning consulting firm IBI Group on behalf of the owners, 1073712 Ontario Ltd. (American Iron and Metal Inc.), with respect to the property.

The site is currently designated ‘Rural Commercial’ in the City of Kingston Official Plan, according to city records, and is zoned a special Open Space ‘OS-12-H’ Zone in Zoning By-Law Number 76-26.

According to the application, the new owner has requested these changes to allow for the creation of a metal recycling yard, AIM Recycling, and an auto-parts and automobile recycling operation, Kenny U-Pull, on the site.

The application documents state that a new one-storey building at the north-east corner of the site would accommodate an office, sales room, and depollution facilities.

The proposed depollution tanks, crusher, and material sorting operation would be installed at the east portion of the site, behind this proposed building.

The remainder of the site would accommodate a self-serve customer area with a capacity of approximately 1600 cars in outdoor storage. A used car sales operation is also proposed at the front of the site, to display a maximum of 11 cars at a time.

The application, which was submitted by the applicant in July of 2020, is currently going through the technical review process with the City.

Global Linear Feeders Market 2020 | Know the Companies List Could Potentially Benefit or Loose out From the Impact of...