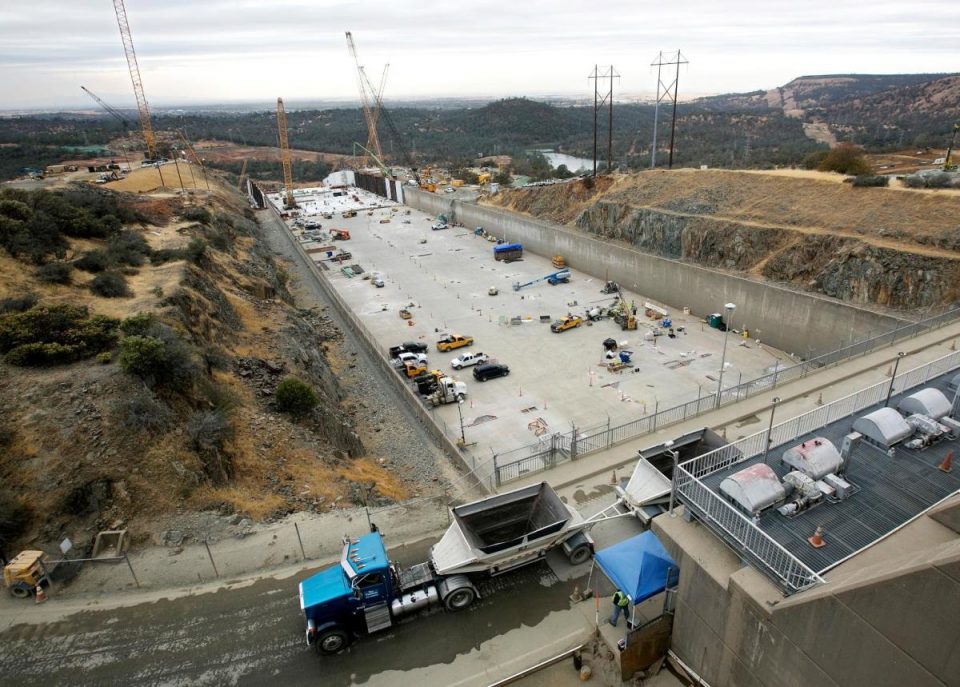 By DAVID A. LIEB, Associated Press

Built for irrigation in 1884, Smith Reservoir in Colorado no longer can hold as much water as it once did.

To keep the dam from leaking, the water level at the suburban Denver reservoir is kept at least 2 feet below the level of the spillway — a critical safety precaution for the shopping center, preschool, assisted living facility and hundreds of homes now located in its potential inundation zone.

Improvements could be coming.

Smith Reservoir is among the first batch of dams nationally to get a slice of a new $10 million grant program run by the Federal Emergency Management Agency for high hazard dams that have failed safety standards and pose an unacceptable risk to the public. About $130,000 will go toward Smith Reservoir.

The grants announced this fall for 26 states will pay for preliminary steps such as risk assessments and engineering designs, not the actual repairs. State or local entities are to provide a 35% match.

“I think this is a great start,” said Bill McCormick, Colorado’s dam safety chief and president-elect of the Association of State Dam Safety Officials. “Certainly, we’ve got a long way to go.”

The federal grants amount to a mere fraction of the $70 billion the dam safety organization estimates it would take to repair and modernize the nation’s tens of thousands of aging dams.

An Associated Press analysis identified at least 1,688 dams that could cause particular concern — those rated by inspectors as in poor or unsatisfactory condition and located in high hazard places where people could die if they failed.

Colorado’s Smith Reservoir is one of the dams on that list. So are several others slated to receive FEMA grants, including the leaking, 177-year-old dam at Pawtuckaway Lake in New Hampshire, Minnesota’s Lake Bronson near the Canadian border and Guist Creek Lake Dam, located about 15 miles west of the Kentucky capital of Frankfort.

Some states have yet to determine which dams will benefit from the federal grants.

New York, which along with Ohio received the largest award of more than $1.2 million, plans to take applications from a pool of as many as 150 potentially eligible dams. Oregon plans to use its $260,484 grant to assess the risks posed to 16 dams from potential floods, earthquakes and landslides as a way to prioritize future safety improvements.

Fewer than half of all states have their own grant or loan programs for dams, according to the Association of State Dam Safety Officials.

Over the past decade, FEMA’s various programs have provided more than $400 million for projects involving dams, mostly to repair facilities damaged by natural disasters. Until now, there had been no national program focused solely on improving the thousands of dams overseen by states and local entities.

The Rehabilitation of High Hazard Potential Dams Grant Program was authorized by a 2016 federal law to supply $445 million over 10 years to repair, improve or remove dams. But Congress didn’t fund the $10 million annual allotment for 2017 or 2018, and funded just $10 million of the $25 million authorized for 2019.

FEMA could provide less than half of what states sought — “a strong indicator that there’s high interest in the need for dam rehabilitation across this country,” said James Demby, senior and technical policy adviser for FEMA’s National Dam Safety Program.

Congress has yet to agree on an appropriation for 2020, though the law authorizes up to $40 million.

“To rehabilitate a high hazard dam could cost $10 million by itself — one dam,” she said. “So more definitely needs to be done from a national level, because I don’t think states have the capacity to manage this nationwide infrastructure problem on their own.”

Copyright 2019 The Associated Press. All rights reserved. This material may not be published, broadcast, rewritten or redistributed.

State of the 3PL Union

Teaming up to restore biodiversity