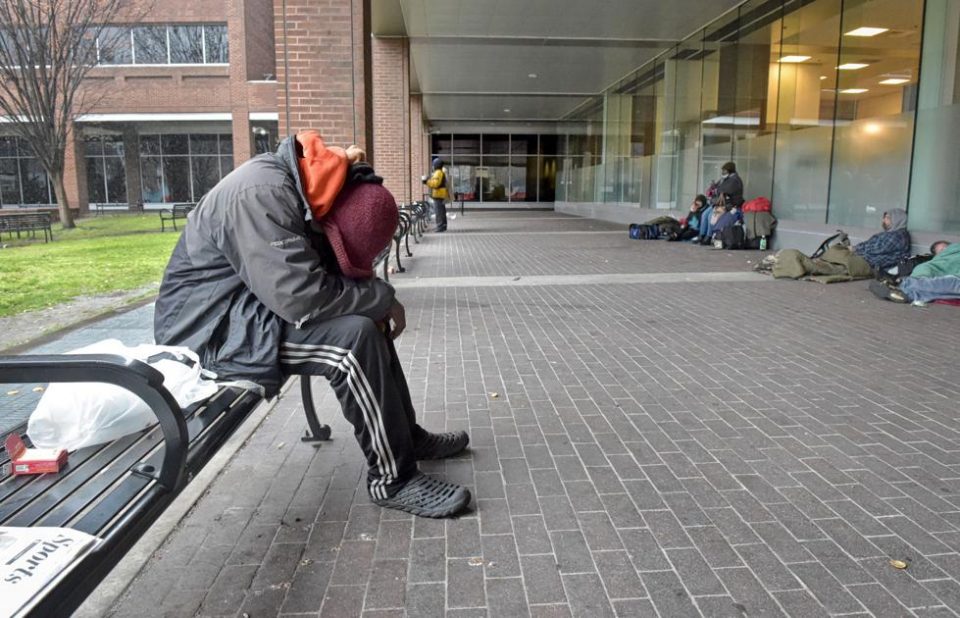 A new coalition of social services, law enforcement and government agencies in Lancaster County is hoping that increased communication will help to serve the homeless population in Binns park.

Group members said there has been some successes since it kicked off roughly a month ago, and hopes the new collaboration will help address the systemic causes of homelessness.

The park gained greater attention earlier this summer when there was a noticeable increase in citizens living in or congregating in the park. And in mid-July the county’s chief clerk, Larry George, had to call 911 after seeing a man fall to the ground in a park and convulse from a possible drug overdose.

At the time, Mayor Danene Sorace said calls from citizens for a law enforcement response were common, but that that was not the best approach. She suggested that the county could pay for outreach to the population from state dollars it receives for human services.

Following George’s encounter, Commissioner Ray D’Agostino called together a group of government entities, including the county, city and courts, along with human services groups, homeless assistance programs and substance abuse programs, to address the issues in the park.

The coalition has met every two weeks since the end of July, and has been discussing what services they provide and what barriers they each face, said Jennifer Koppel, executive director at Lancaster County Coalition to End Homelessness.

“When the pandemic hit, a number of things in our society changed,” she said “So there’s not none thing that’s forming the crowd downtown. We needed to understand with more granularity what is happening downtown.”

Koppel said the benefit of the group has been the connects it has formed between the different services. She said that often when homeless outreach workers like those from Tabor Community Services, another group member, are able to reach an individual who is ready to accept help a delay in getting them in touch with the right person could lead to them changing their mind and their opportunity being lost.

But through the meetings, Koppel’s group, Tabor’s outreach workers and staff at Blueprints for Addiction Recovery, a rehab facility in Mount Joy, now have a point person they can call, and the speed of communication has helped move several people into treatment in the past two weeks, Kopple said.

“Three weeks ago I might not have known who to call,” she said. “That is a core functional difference from what was in place before.”

Mike McKenna, president of Tabor, said having coordinated, interconnected services in place is key to designing a system that works.

“The challenges that the individual in Binns Park in particular face are multifaceted,” he said. “So you need people of specific skillsets all working around the same goals.”

Law enforcement groups, including the District Attorney’s office, Sheriff’s office and Lancaster city police are still part of the discussion. McKenna said there is still an element of people in the park that may not be homeless who were talking advantage of the lax enforcement to sell and use drugs.

Koppel is hoping that the communication between the groups and the greater understanding of how these systems are interconnected to the homelessness issue will lead to addressing the systemic causes of homelessness.

“The bigger systemic things are going to take some time,” she said. “How do we support the people who are not ready for drug and alcohol programing? And so that might mean they are going to continue to be in the park, so how do we make sure they are safe and the community is safe?”

Jess King, Mayor Sorace’s chief of staff, also said it is important to keep in mind the main issue: a lack of affordable housing.

She said that while the park is city property the city itself has limited ability to provide services to those in it because most social services are run by the county. The city’s main tool is it’s police force, and while they do enforce drug violations, she said homelessness is not a crime and the city would not be confiscating belongings.

“Part of what this group has done is put some creative solutions when there is a drug offense or some mental health situation going on, seeing how they can provide some support services to people when they are picked up for low level drug offenses,” she said. “What I find encouraging about this group is you have people sitting together who aren’t really together on a regular basis.”

Political turmoil to be ‘new normal’ for 2020, risk firm says