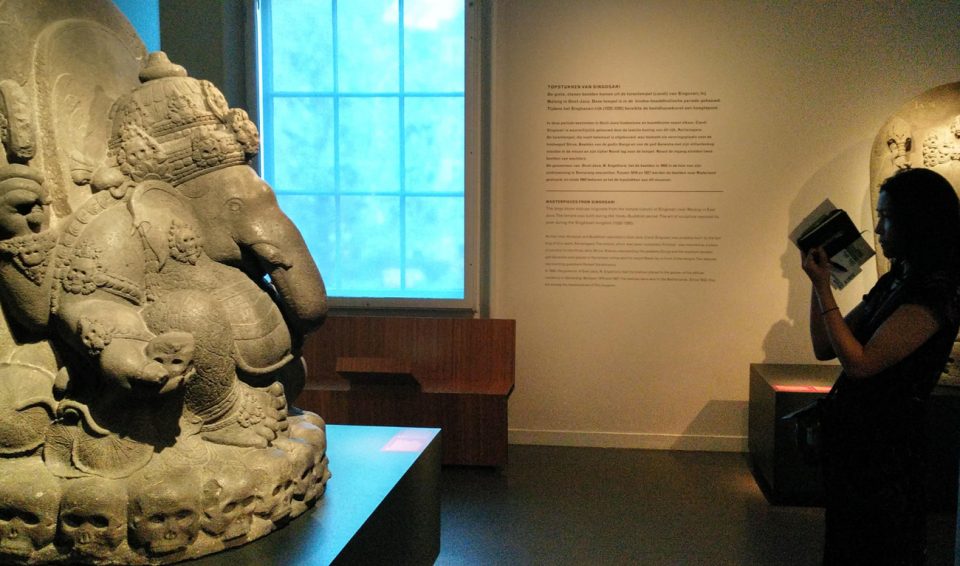 YOGYAKARTA, Indonesia: The Netherlands has returned 1,500 artifacts to Indonesia, a former Dutch colony, although tens of thousands of items remain in its galleries, libraries and museums.

Their return follows the closure of Museum Nusantara, Delft, which stored them until 2013. The Netherlands Embassy in Jakarta, citing local media, tweeted that the collection would be on display for the public in June.

“This is the first time in history, and we hope in the future there’ll be more chances for repatriation,” Hilmar Farid, director general for culture at the Ministry of Education and Culture, told reporters when the collection was officially received by the National Museum in Jakarta on Jan. 2.

But one scholar said that Indonesia needed to improve its readiness to receive artifacts.

“The mindset is not how to get more collections back, but how to provide proper storage to keep them safe,” Zakariya Aminullah, a lecturer of Gadjah Mada University, told Arab News. “The Netherlands has a special collections concept to protect manuscripts and other artifacts with tender care. This is what the government, scholars, and curators need to come up with.”

The Netherlands has been returning Indonesian artifacts during the past few decades. Some of the most significant objects, such as the manuscript of Nagarakertagama, the statue of Prajna Paramita, and personal belongings of Prince Diponegoro, are already back to their place of origin and on display at the National Museum.

But the most precious Indonesian collections remain abroad. One of them is a set of jewels from Cakranegara Palace in Lombok which is on display at Museum Volkenkunde Leiden. The jewels were looted from the palace during the 1894 “punitive action” by the Dutch colonial authority, which took 230 kilos of gold, 7,299 kilos of silver, three cases of jewels, and 400 ancient manuscripts.

Another collection — 20,000 Indonesian textile objects — is kept at Amsterdam’s Tropenmuseum.

Thousands of historical and cultural artifacts, including ancient sculptures, bas-reliefs, inscriptions, royal regalia, weaponry, clothing, jewelry, and manuscripts, ended up in the Netherlands during the course of Dutch colonial rule.

The flow started in 1596, when the first Dutch ship led by Cornelis de Houtman landed on Java to find spices. In 1800, after almost 200 years of playing a political role in the region, the Netherlands established the Dutch East Indies. It lasted until 1945, when Indonesia declared independence.

Before the recently returned 1,500 artifacts reached home, Indonesian scholars and Dutch media speculated that among them could be the skull of Demang Lehman, a 19th-century military commander who fought against colonial rule. His head was taken to the Netherlands and remains in the collection at Anatomisch Museum, Leiden.

Since 2009, the Banjarmasin administration and the warrior’s descendants have been trying to repatriate his skull to hold an Islamic funeral ceremony for him.

While the Indonesian government celebrates the homecoming of some of the country’s heritage, it seems that the people of Banjarmasin will have to wait to pay their final tribute to the hero who represents their struggle against colonial power.

Costco’s Hilarious New Dog Toys Are Bigger Than Ever