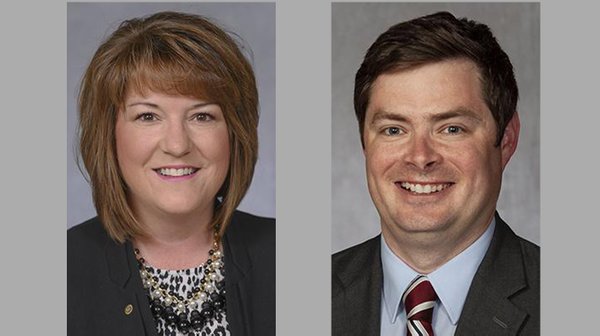 A disagreement over whether taxes should be raised or extended to improve infrastructure separates the two Republicans running for an open state House seat in Central Arkansas.

Karyn Maynard, a Sherwood insurance agent and small-business owner, said she generally opposes taxes that flow into general government funds, but she’ll support taxes if the revenue is earmarked for worthy projects.

David Ray, Lt. Gov. Tim Griffin’s chief of staff, takes a more hard-line stance on taxes, saying any tax increase should be an absolute last resort. He opposes Issue 1, and he has helped lead campaigns to defeat local tax proposals such as those his opponent has supported.

[POLITICS EMAIL: Sign up for our daily newsletter featuring the latest updates from our team at the state Capitol and in Washington D.C. » arkansasonline.com/emails/politics]

Ray said the Natural State needs to increase highway funding but that taxes are the wrong way to do it. Instead, he said, he’d like Arkansas to incrementally increase the amount of general revenue allotted to highway construction and maintenance — a shift the state Legislature, historically, has been hesitant to make.

“I’m going to vote ‘No’ [on Issue 1],” Ray said. “Arkansas is tied for the highest sales tax in the entire country, and I don’t think it’s a good idea to cement that status into our state Constitution.”

Maynard said allowing the half-percent sales tax for highways to sunset in 2023 would be devastating for city and county governments that receive a portion of that revenue. She also said she has concerns about its effect on economic development because road quality is one of the first things that companies examine before selecting new locations.

“The government’s main job is infrastructure,” Maynard said. “I understand how important infrastructure is to the business climate, and if we want to generate new businesses and have new people move in — which also generates sales tax, which benefits everybody in the city — we’re never going to do it if we don’t maintain our roads.”

Maynard and Ray are running for the Republican nomination for House District 40. The seat — which includes portions of Pulaski and Faulkner counties — has been held by Rep. Douglas House, R-North Little Rock, since 2013. House is not seeking reelection.

The winner of the March 3 primary contest will face two independents in November’s general election.

Maynard is an agency director for The Everett Agencies of Liberty National Life, and she worked in retail management for 25 years. She has two children, and her husband, Mitch, owns a commercial lawn care business.

Ray, of Maumelle, was the state director of Americans for Prosperity Arkansas before joining Griffin’s staff. He was also the communications director for U.S. Sen. Tom Cotton’s 2014 Senate campaign and has served in the same role for the Republican Party of Arkansas.

Ray has said he will resign his position in Griffin’s office if elected.

Ray has two children, and his wife, Jessica, works for the Pulaski County Special School District.

Both candidates were generally complimentary of each another, and they shared similar positions on a variety of issues, such as opposing refugee resettlement and supporting changes to Arkansas’ Medicaid expansion program and additional restrictions on abortion.

However, the Republicans did try to draw stark contrasts.

Ray criticized Maynard’s past work on tax issues. Maynard, meanwhile, questioned whether Ray could effectively represent the interest of House District 40 because he hadn’t lived in it very long.

Shortly before Ray filed for the seat, Ray and his wife moved from a portion of Maumelle that is outside District 40 into their new house, which is in the district.

Ray purchased the new home on Aug. 14, according to Pulaski County property records; he announced that he would be running to represent District 40 roughly two weeks later, on Aug. 26.

Maynard said she’d lived in the area for four decades and that Ray, because he lived in Maumelle and had been in the district for only a short time, couldn’t have the same understanding of the day-to-day issues facing rural residents, such as being serviced by volunteer fire departments and the sheriff’s office.

Ray said Maynard was trying to distract from her record of supporting tax increases. He said he and his family moved into the new home last year because it better fit their needs.

“My wife and I have lived in the Maumelle area for the past eight years, and we’re very proud to call that home,” Ray said.

Ray said it was clear that Maynard’s first instinct to solve any problem was to raise taxes, and that such a mindset belonged in a Democratic primary.

“I’m not sure she’s ever seen a tax increase she didn’t like,” Ray said, highlighting Maynard’s work on a 2018 Sherwood sales tax campaign and a 2017 campaign to extend a Pulaski County school millage.

Maynard said she wasn’t ashamed of either campaign because she fought for her community, adding that both of those successful tax campaigns provided much-needed road improvements and school expansions in north Pulaski County.

The tax initiative in 2017 extended the time period for collecting 14.8 debt-service mills to finance a $65 million bond issue to expand Sylvan Hills High School and fund other maintenance projects. The extended millage had been set to expire in 2035, but after the affirmative vote, it will continue through 2043.

The second tax campaign came in 2018. Voters in Sherwood approved a one-fourth percent permanent sales tax to raise revenue for the city’s general fund, which supports police, fire, parks, animal services and other city departments. They also approved a three-fourths percent sales tax to support a $38.5 million bond issue to improve city traffic flow and improve flood-prone areas. The tax will sunset once the bond debt is paid, which supporters said would take 10-13 years.

Maynard said that both campaigns addressed needs of a growing section of Pulaski County. She said the Sherwood sales tax increase was particularly appreciated by residents who live off Jacksonville Cato Road and were consistently isolated by flooded streets.

“Taxes make the world go around,” Maynard said. “We don’t like them, but when they’re specific — I don’t vote for tax increases that are general fund; I don’t like those. I want specific things that they’re going for, and I like infrastructure improvements. Both ones I fought for improved our schools and our roads, and they were directly for the people in my area.”

Both candidates said the state should continue to focus on changes to the program.

The state had imposed a work requirement on eligible program recipients, but it was struck down by a federal judge in March. The ruling is on appeal.

Both candidates also said they support education voucher programs that would allow families to use tax dollars attached to their children to pay private-school tuition.

Both candidates described themselves as “pro-life.”

Ray believes abortion should be illegal except in rare cases when the mother’s life is in jeopardy.

Maynard said she opposes abortion in all instances. She said that based on conversations with obstetricians and gynecologists, she doesn’t believe “emergency abortions” exist. She said there are cases in which a mother could be in danger from pregnancies that are already considered nonviable.

State lawmakers will be paid $42,458 in addition to mileage and per diem for attending legislative meetings. State representatives are elected to two-year terms. 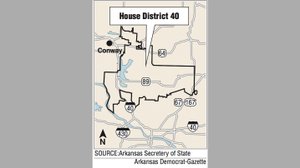 A map showing the location of House District 40.

DLR 2020 – research for climate, mobility and the energy transition