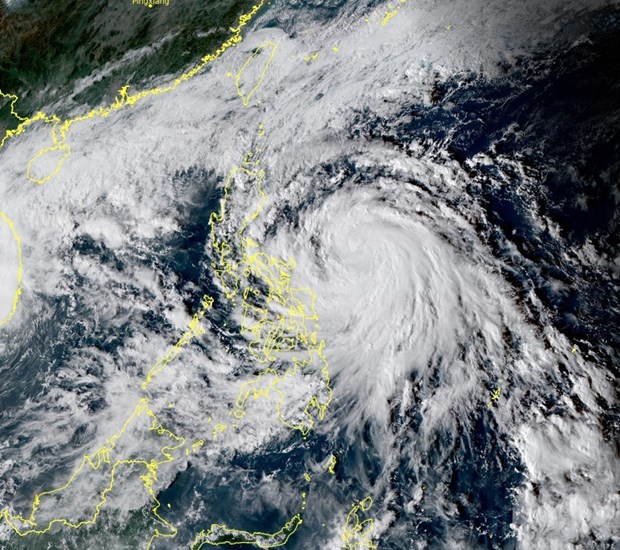 Hanoi (VNA) – Natural disasters have claimed 280 lives and caused a total loss of approximately
29.9 trillion VND (close to 1.29 billion USD) to Vietnam since the beginning of this year,
according to the National Steering Committee for Natural Disaster Prevention
and Control.

The country has
so far recorded 13 typhoons entering the East Sea, 114 flash floods and
landslides, 86 earthquakes and 264 thunderstorms and whirlwinds while drought, saltwater intrusion and
river and coastal erosion have wreaked havoc across the Mekong Delta provinces.

The natural
disasters also injured 856 people and left 66 others unaccounted for. Torrential
rains, floods and landslides
collapsed over 3,420 houses, damaged over 327,700 and submerged nearly 509,800
others, affecting livelihoods of millions of people.

Typhoon Vamco,
the 13th storm to enter the East Sea this year, has so far caused 24 people in
central Vietnam to suffer injuries, the Vietnam Disaster Management Authority reported.

Seven houses
collapsed and more than 7,500 others were damaged or had their roofs blown
away. The tropical storm also sank and destroyed 27 vessels and eroded close to
39km of riverbank and sea dykes.

The storm made
landfall in the central region on November 15 morning, and weakened into a
tropical depression after hitting Thua Thien-Hue province./.

Are UK Retailers and Wholesalers More Resilient Than Ever?

Safety, Liquidity, Or Return; Why Cash Is An Important Hedge