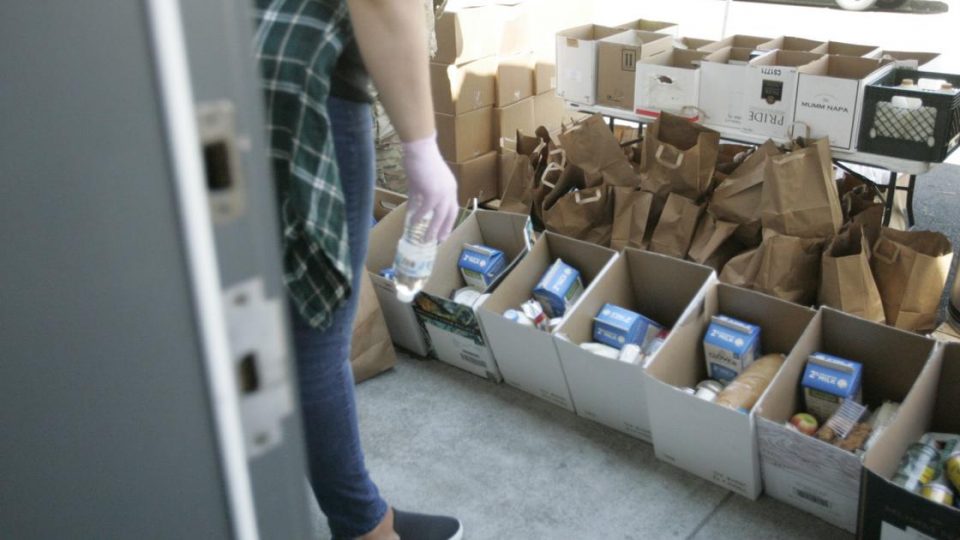 The new schedule represents a decline in the number of days the food bank is able to serve patrons, but expansion of Wednesday’s hours will allow it to maintain the number of operating hours, King said.

The food bank is examining its options for moving to a “safe, effective location,” King said. It will retain the lease of its Yajome Street building, she said.

“The biggest issue is that there are too many vehicles — we can’t queue everyone up in the school parking lot and use it as a distribution zone” amid regular school traffic,” King said.

CANV is working closely with the city of Napa on its options. For now, “we have not suspended any programming, though. We are still serving,” King said.

Need had begun to stabilize and even decline through the late summer months, King said, but then the wildfires struck, and demand went up again. The organization’s pantries in Calistoga, Pope Valley and Angwin have seen similar upticks, King said.

“Those are heavily fire-impacted places,” she added. “And we suspect that with the harvest being called off in some places, (this will continue) in the next few months.”